This time in Richmond, and in puppet form. 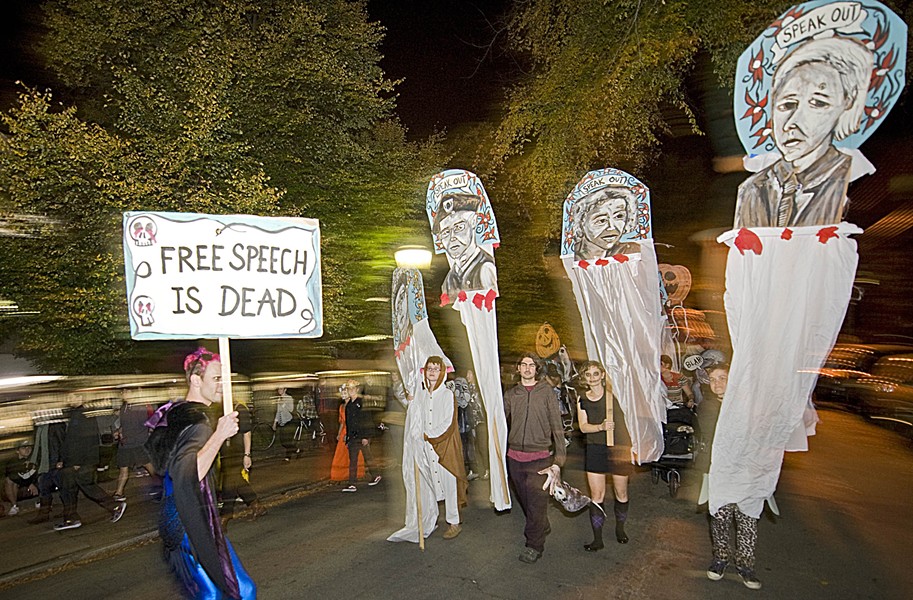 Ash Daniel Artist Lily Lamberta’s giant puppets are featured in her annual All the Saints Theater Company’s Halloween parade. After the “Funeral March for Free Love and Speech,” her Edward Snowden puppet disappeared.

Much as Edward Snowden vanished, so too has a 10-foot-tall puppet likeness of the government whistle-blower created by a Richmond artist.

Lilly Lamberta, the director of All the Saints Theater Company, says she spent a week making giant likenesses of Snowden and his anti-secret contemporaries Chelsea Manning and Julian Assange.

After their debut at the guerrilla theater company's annual Halloween parade from Monroe Park through Oregon Hill, Lamberta says Snowden mysteriously disappeared. He was last seen at the end of the parade.

Did the puppet go into hiding or was he stolen? If it's the latter, Lamberta says she doesn't have any suspects.

"Things go missing," she says. "But this is the largest puppet that's been stolen.

News and Features lost and found