The winner of this year's Levis Reading Prize keeps it personal. 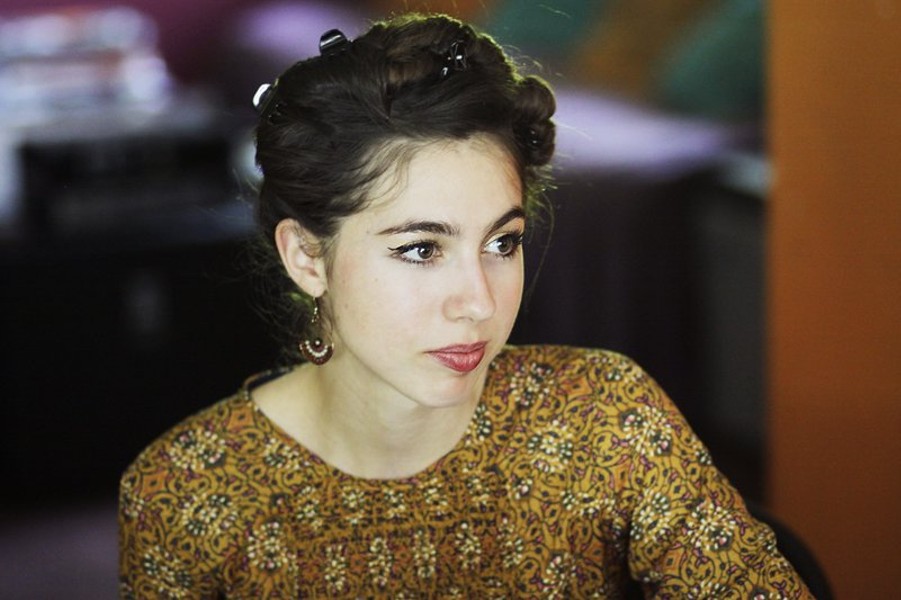 Devon Walker-Figueroa has been hearing that poetry is dead, or dying, for a long time.

"I don't worry too much about that," says the winner of Virginia Commonwealth University's 25th annual Levis Reading Prize. "I think poetry is very much alive and that people are finding it when they need it at some point in their lives. I'm probably not qualified to speak on the state of poetry, but it's alive and exciting to me."

The Levis prize is awarded annually by VCU's MFA in Creative Writing program for a poet's best first or second book of poetry. Walker-Figueroa is receiving this year's honor for her debut poetry collection "Philomath," published last year by Milkweed Editions. She'll receive a $5,000 honorarium and give a reading from the book on Friday at VCU's James Branch Cabell Library. 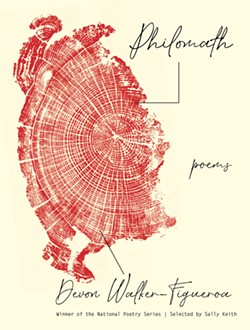 The acclaimed "Philomath" was shortlisted for the National Book Critic Circle’s 2021 Best First Book prize, and helped to earn the poet the 2021 Poetry Society of America's Lucille Medwick Award. The series of long-form poems is largely autobiographical, she says, centering around growing up in the 'ghost towns' of Kings Valley and neighboring Philomath, Oregon.

"Philomath is a very personal book to me. When it was published, there was mortal dread in my heart. I mean, I didn't use people's real names but still, I didn't know how it would be received back home." It turns out that the community loves it. Walker-Figueroa was recently asked to teach a workshop on writing at the same local community college that serves as a setting in one of her poems.

"It's a wonderful book," says Gregory Donovan, professor of English and the director of the Levis Reading Prize. "Philomath is a word that means love of learning, but it's also a ghost town in Oregon, where she's from. It's a place with a history and population rate that characterizes lots of rural places in America, particularly those that were tied to dying industries." In chronicling these disappearing communities, the Chicago Review of Books has raved, "[Walker-Figueroa is] able to express the concrete nature of humanity, as well as the inexplicable magic.”

The Levis Prize is chosen each year by the MFA in creative writing program at VCU -- 15 graduate students and three faculty members, including Donovan, sift through dozens of works to judge the winner. The award honors the memory of poet Larry Levis, a VCU faculty member who passed away in 1996. 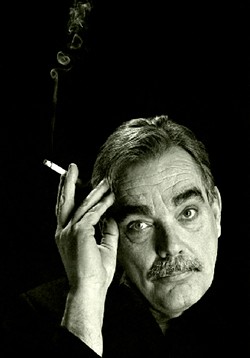 Walker-Figueroa says she's particularly honored to receive the award because Levis was an influence on her work. "This prize is part of his legacy and I'm excited to be connected to that. He's kind of a poet's poet. Poets know him and admire him and he's such a master of the longform poem." She's also thrilled to be among the poets who have won the Levis Prize in previous years. "People like Leila Chatti and Ilya Kaminsky, I'm a huge admirer of their work and this opens up a lot of connections with me to poets that I care about."

In November, she'll go abroad as a recipient of the Amy Lowell traveling scholarship for poets. "It's a traveling grant to write my next book. I'm not going to one particular place ... I'm bouncing around a lot. The only rule is that you have to be outside of North America, so I'll be going to Morocco, Egypt, Kenya. The idea behind it is that your writing can benefit from dislocating yourself and putting yourself in new places."

Devon Walker-Figueroa will receive the 2022 Levis Reading Prize and give a reading from "Philomath" on Sept. 30 at James Branch Cabell Library. Room 303. 7 p.m. Free but registration required at https://www.support.vcu.edu/event/Levis