Inventor and spirit catcher Robert Bess is on the case. 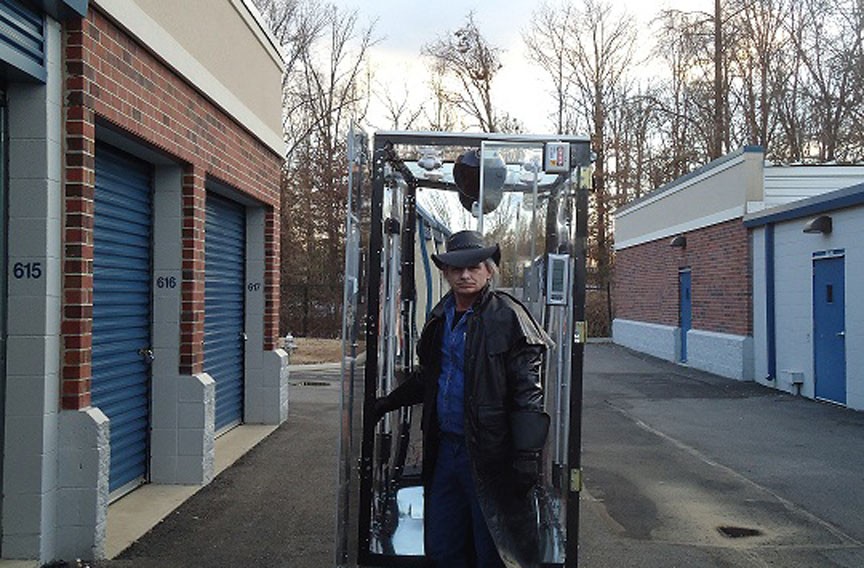 Robert Bess is Richmond's most famous — some might say notorious — ghost hunter. The inventor of such devices as the Gauntlet, "sort of a spider web for ghosts," and the DG-180, a gun that neutralizes spirit energy, Bess won national attention in 2009 when he unveiled his glowing, 7-foot-tall Parabot on the Travel Channel TV show, "Ghost Adventures." He describes his invention as the ultimate ghost containment machine — "a paranormal robot equipped with sensors, lasers, automated doors and an onboard Tesla coil."

Bess has been involved in studying ghosts for nearly three decades, first at Memphis State University where he studied Uncommon Earth Resources, and continuing when he and his wife, Patricia, moved to Richmond 20 years ago. "What I was doing seemed new to Virginia," he recalls. "If other people were doing it, they were keeping quiet about it."

Through the years he's developed some controversial theories about ghosts. Most of what is accepted as paranormal fact is sheer bunk, he says. For example, ghosts are unable to pick up heavy objects. They also can't go through walls. "They say you can only see them in the dark but you will get more activities during daytime," he says. Plus, he says, laughing, "night vision goggles are expensive."

Bess also doesn't believe in ghost voices, captured as so-called EVPs. "I've never had a ghost talk to me," he says. "I don't know how they could make sound. ... You have to have vibrations through your vocal chords. Physically, it's impossible." He also says that ghosts run hot, not cold. "Now you might feel cold because they take your body temperature from you. They do use your magnetic field to get energy."

While Bess has won much media attention for these pronouncements, and a P.T. Barnum-like penchant for self-promotion, he also earned derision when, during his "Ghost Adventures" appearance, he appeared to throw a piece of equipment while alternately claiming that a malicious poltergeist knocked it away. "I like [host] Zak [Bagans] and them but we got the wrong end of that deal." Bess says, blaming the show's executive producer for stirring up controversy to get higher ratings.

Bess is pitching a show to the Syfy Network called "The Fourth Encounter," in which he'll lead his own ghost team and educate the masses. People should know the difference between a ghost and a poltergeist. "A ghost haunts," he explains. "She's there for a reason, not to create havoc. A poltergeist is territorial. It wants to know why you are there and will slide chairs and move objects. I still don't know how that's possible. That's why you need to approach these things carefully — you don't know what you are really dealing with." — D.H.