Getting to Know You

Mike Mills' "Beginners" is too cute for its own good. 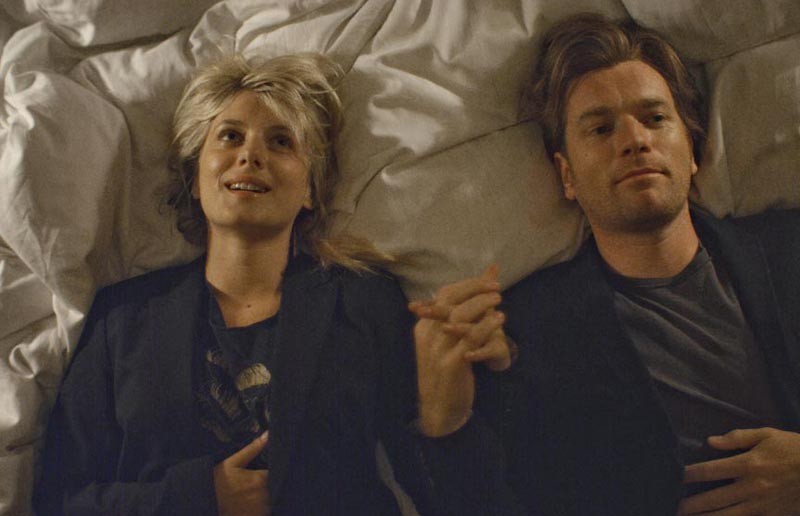 If you see "Beginners," another installment in the ongoing saga of quirky indie dramas, you better be in the mood for some cute. You better love cute. Almost the entire movie is cute, or quirky, or eccentric — from the soundtrack to the color-coded montage near the end, and all the graphics-heavy stuff in-between. The protagonist's dog, a Jack Russell terrier, is so cute it talks, sort of.

The movie is told from the perspective of Oliver (Ewan McGregor), a 38-year-old artist recounting important parts of his life, including the death of his father (Christopher Plummer), his childhood, and a recent relationship with Anna (Mélanie Laurent), a lovely but disenchanted French actress.

Oliver outlines these parts of his story while interspersing instructive visual aids intended to give context. First we learn about his glum existence as a single man in Los Angeles, an artist doodling his drawings at work before retiring to his drab and unkempt apartment. "It's lonely here," he tells the terrier. "We'd better learn to talk to each other." Then Oliver tells us about his dad, Hal (Christopher Plummer), who came out as a gay man after more than 40 years of marriage to Oliver's mom.

Later Oliver meets Anna at a costume party. He's dressed as Freud, psychoanalyzing her on a couch. Anna can only communicate in handwritten notes. She has laryngitis. It's just that cute.

All three pairings — Oliver and his dad, Oliver and his mom, and Oliver and Anna — contribute to the protagonist's suspicion that his parents' sterile relationship made it difficult for him to remain in one as an adult. Hal's brave attempt to reorganize his life as a single older gay man after his wife's death becomes something of a bitter pill to Oliver, who can't give it his full enthusiasm. That lifelong lie, after all, thwarted not just Hal's happiness but his wife and son's as well.

"Beginners" comes closest to genuine insight when Oliver tentatively pushes his father on that very topic late in the film, and in another scene involving Anna. In that one, Oliver realizes that, even if the origin of his difficulty with women isn't his fault, it's been the cause of many unnecessary breakups, a pattern that probably will lead to yet another failure. These are the kinds of realizations that can leave a person stunned and facing a long road to redemption. But "Beginners" doesn't do that kind of depth and patience, always backing away from the tough stuff in favor of its visual aids, which provide the kind of quickie catharsis found in commercials. Increasingly, it feels more like a screenplay exercise than a fully functional movie.

"Beginners" writer and director Mike Mills has a background in graphic design and music videos, especially for the French band Air. His previous film, "Thumbsucker," was about a cast of characters far more eccentric than "Beginners." I found it insufferably pretentious. "Beginners" is better. Mills has learned to tone down the affectations, but he's still trying too hard. The movie works furiously, but seldom toward a point.

Breakdowns in logic are an almost inevitable result. Oliver is a talented artist, and yet his expensive L.A. apartment looks decorated by a colorblind business student. More than a few story elements feel superfluous. Oliver and a buddy embark on a new graffiti hobby for no important reason other than it lets them write the kind of droll slogans a clever screenwriter might invent.

Then there's the dog, whose subtitles keep popping up. "Although I can understand 150 words, I can't talk," it says (hopefully a conscious contradiction by Mills). Presumably the characters are making an imaginative connection with the animal, and it's an amusing one. But what really sticks is the lack of reason for it all. We're left with the conclusion that Mills is more interested in being precious than anything else.

"Beginners" is full of imagination but also symptomatic of a bothersome blind spot in moviemaking today. Being clever, amusing or witty doesn't negate being clichéd. Neither are any of these ends unto themselves. "Beginners" reminds me of Hal's boyfriend (Goran Visnjic), kind of a jolly but unreliable eccentric. Oliver can't understand the appeal. "He's fun," Hal asserts. That's the movie, too. It's fun. But it has a difficult time being anything more. (R) 104 min.