Fifth Wall’s version of a Tennessee Williams classic looks to the original version, projections and all. 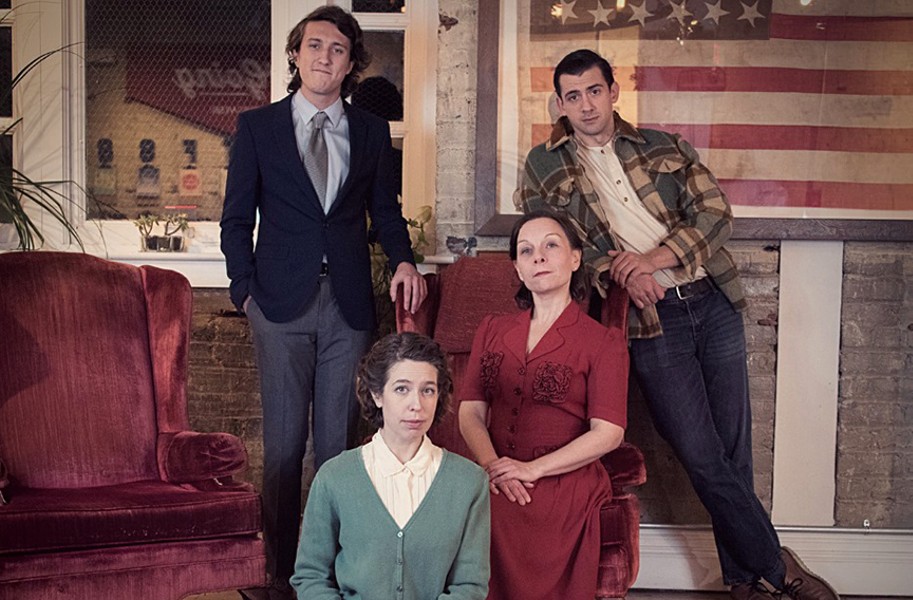 “The Glass Menagerie” frequently shows up on reading lists in high school English classes and it might just be one of Tennessee Williams’ most read plays. Yet many productions of this classic American drama leave out a key element: projections.

That’s because there are two separate scripts for this play: the 1944 version, which includes stage directions calling for certain images, symbols, words and phrases to appear across an onstage screen, and the version that was created for the 1946 Broadway production, which omits these screen legends, as Williams called them.

Most of us read the oft-anthologized 1944 version in our high school English classes, but order an actors’ edition of the play and you’ll get the 1946 Broadway version.

Local director Morrie Piersol was interested in staging a production that fully realized the original anthology version of the play. Whereas many directors opt to forego the screen, the upcoming 5th Wall production leans into the expressionism of Williams’ “memory play.”

“He was over the realism of Ibsen and Strindberg and he was moving in a new direction, like O’Neill, creating these things where reality is bent,” Piersol explains. “Memory makes it not so beholden to the specific realism of everything, and he uses the Brechtian technique of images on a screen.”

So he called in local scenic designer Tennessee Dixon, whose work frequently and creatively implements the use of projections on the stage.

“When I realized that I wanted to approach it in this way, our first thought was that we’ve got to get Tennessee for this. She has the experience and the reputation with [projections], and she is very good at it,” Piersol says. “The guts of it are realism in the sense that it’s real stuff happening, but all around the edges it’s fuzzy, and it’s memory, and there are the abstract qualities, scenic elements, translucent walls, things that are nonrealistic around the edges.”

“I think it’s a wonderful concept piece playing with how we view our past lives, once we’ve left them,” Bloch says.

But there is reality within perception, and actors are also going to great lengths to ensure this production represents those moments with complete and honest realism.

Louise Keeton, who plays Tom’s sister Laura, has been wearing two different size shoes during rehearsal, “so I can feel the effect of one leg being shorter,” she says.

“I expected it to change my gait. But I didn’t expect the hip pain, the stomach pain. Laura is living in physical pain constantly and then she sees how people react to her. I think anybody who’s ever lived in a disabled body, a disabled mind, anybody who experiences anxiety can relate to Laura.”

All four cast members have mined the script for the truth in the memory, the humanity in what might be a biased perception of their character, and the result is something that might just be more real than realism.

“It’s an interesting juxtaposition,” says Lian-Marie Holmes, who plays Amanda, Tom’s faded Southern belle of a mother, in this production. “We really are trying to play it to the truth of the script, so it’s more visually what it’s supposed to look like, but with a more contemporary approach to acting, and just trying to be really honest with the language.”