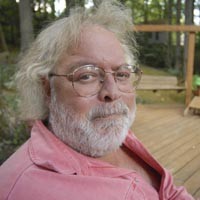 He looked so much like the Grateful Dead's Jerry Garcia that he gave local Deadheads whiplash. But beloved Richmond musician Gary Gerloff, who died May 23 at his home after a brief illness, will be remembered for his huge heart and willingness to give back to the Richmond music scene he loved.

“If there was anything needed by any charity in this town, Gary would help out,” says local singer and songwriter Robbin Thompson, a longtime friend.

Gerloff had just finished putting the final touches on his second, as-yet-untitled album that was recorded at Sound of Music Recording studios. He had been working slowly, in piecemeal fashion, for nearly two years on the project, producer and sound engineer John Morand says.

“It has more of an old-timey feel and less of the hippie thing that Gary was known for,” Morand says. “It vaguely falls into the folk or Americana category.”

Friends knew Gerloff, a vibrant voice on the Richmond Folk Festival programming board, as an amateur musicologist. His album of mostly originals also features a couple of covers of the old standards “Watermelon Man” and “Policeman's Blues.” Gerloff often was backed by Gary Fralin on keyboards and Jeff Tozer on drums, but a number of different Richmond musicians contributed their talents.

On the last day of mixing, Gerloff didn't show up and Morand finished the job on his own — not knowing his friend had entered the hospital.

Michael McAdam, a session guitarist based in Nashville who's toured with the likes of Steve Earle and Mary Chapin Carpenter, knew Gerloff and his brothers since they were kids sneaking Lucky Strike smokes in the schoolyard. McAdam says he'd been asked to contribute to the album but the timing never worked out.

“I only come to Richmond a few times a year,” says McAdam, a former member of the local '70s group the Good Humor Band. “The next thing I knew, he was in the hospital.”

Just this year, Gerloff licensed several of his older songs to the NBC television show “Friday Night Lights.” And he can still be seen rocking out on YouTube as recently as February — when his band took the Canal Club stage and joyfully performed a rendition of the old Harry Belafonte tune, “Man Smart, Woman Smarter.”

Morand describes the new album as very “off-the-cuff.” Gerloff never sang the same vocal twice. “I think he really enjoyed recording,” Morand says. “The process was just as important as the finished product to him.”

So far the album has been mixed but not mastered, and Morand says he'll soon be talking to Gerloff's family and friends about when to release it.