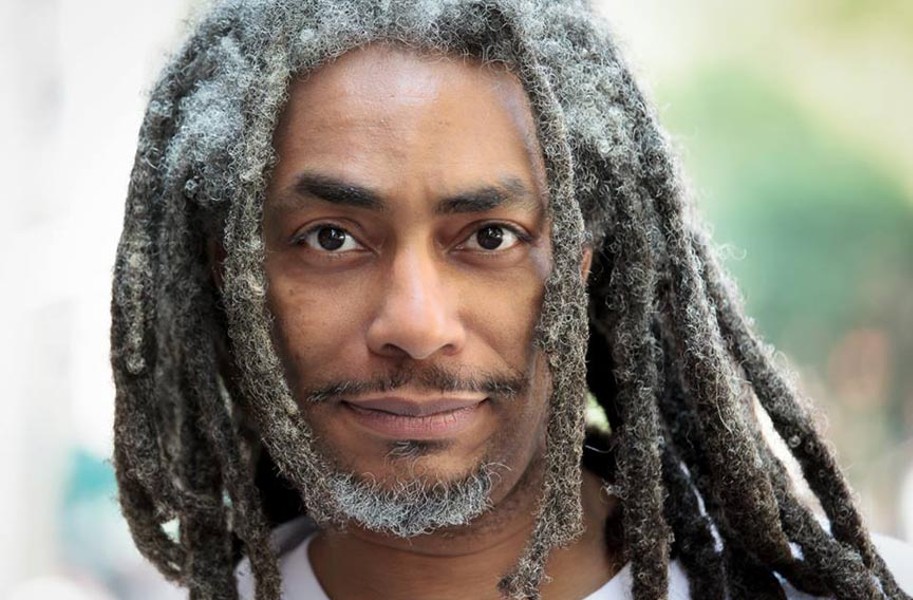 Most folks would be excited to invite a movie star to their party.

A Richmond native who's lived in New York for the last 19 years, Lamison and his wife, Michelle, were walking through their Manhattan neighborhood a few years ago when she struck up a conversation with the couple who lived across the street.

When he realized his wife — vice president of marketing for Cooking Light magazine and myrecipes.com — was about to invite none other than Liv Tyler to their party, he recalls: "I whispered to her, 'We can't have them over. She'll think we're stalkers! I've got all the goddamn 'Lord of the Rings' posters on the wall' — the centerpiece of which prominently featured her!"

With salt-and-pepper dreadlocks and a propensity for wearing superhero T-shirts, Lamison is a member of what he calls the culture — that family of fan boys and girls of all things geeky, from science-fiction and fantasy books to comics, anime, role-playing games and costume play. He'll add his own entry to the annals of geekdom March 11, when his debut fantasy novel, "Full-Blood Half-Breed," is released from Random House's Hydra e-books imprint. 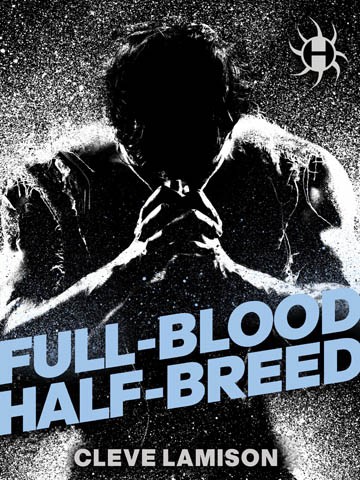 He says the story takes place "in a warrior world where this young boy combines all the different martial arts into one single ultimate fighting style and over time proves himself to be a great warrior."

Influenced by the works of J.R.R. Tolkien and George R.R. Martin, "Full-Blood Half-Breed" follows Paladin Del Darkdragón, the 16-year-old son of a five-time winner of the Black Spear tournament games, which are named after a legendary king who millennia before vanquished the bastard sons of a god. Paladin's father killed his own best friend as a youth and doesn't want his son following in his bloody footsteps.

Set in a medieval city not unlike New York, the characters speak a mishmash of languages, including English, German, Spanish and Swahili. His characters flip off people amid bustling horse-cart and foot traffic. In addition to being a paean to the Big Apple as multicultural melting pot, the book also is an allegory for coming from a multiracial background like Lamison's son.

"I love the genre but it's always been ethnically exclusive," Lamison says. "I grew up not seeing myself ethnically represented in the fiction I liked, and I just wanted to make sure my son had someone he could look up to in a piece of fantasy fiction." Then he adds, laughing, "I kind of took it to the extreme."

He named his son, Paladin, who's now 8, after the protagonist in his book, which he started writing about nine years ago.

His Paladin is a little young to read the book, he says, but "I've read excerpts of it to him. He'll be sitting there eating his Rice Krispies all google-eyed like he's in a trance. So I'm doing some good dad work."

A 1986 graduate of the Jefferson-Huguenot-Wythe High School complex, Lamison grew up near Chippenham Hospital and wanted to be an artist or an actor from an early age. (His father, Cleveland, a retired government and history teacher for the Richmond Public Schools, and his mother, Martha, a retired administrative worker for the Hunter Holmes McGuire Veterans Administration Medical Center, live in Midlothian.)

In high school, Lamison performed in the All-City Theatrical Troupe alongside longtime friend Chad Coleman of "The Wire" and "The Walking Dead" fame. Lamison's older sister, Tamika, heads up the Los Angeles-based Make a Film Foundation, which works with Hollywood actors, directors and screenwriters to help terminally ill children express themselves on film.
After high school, he served in the U.S. Army Reserve, studied commercial art at Virginia Commonwealth University, created a comic strip, "Rick the Roach," which ran for a few years in the Richmond News Leader, and sang for local band Purple Martian Thunder Funk.

He later co-founded the short-lived Richmond Art Theatre (a precursor troupe to Richmond Shakespeare), which mounted a production of "A Midsummer Night's Dream" at the University of Richmond's Greek Theater. He also toured with Theatre IV and starred in a touring production of "Othello" by Shenandoah Shakespeare Express (now the Staunton-based American Shakespeare Center).

In 1995 Lamison moved to New York, where he started an off-Broadway troupe, the Blackbird Theatre Company, to stage his own award-winning plays and films.

Today he's at work on a sequel to "Full-Blood Half-Breed," and a high-school revenge fantasy called "Geek Mafia."

Lamison enjoys fiction aimed at young adults like the Harry Potter or Hunger Games series, but thinks they portray kids as too sterile.

"I was a 14-year-old boy and, you know, they're pretty repugnant," he says. "I remember all I could think about was girls and I was surly. I try to approach things like youthful violence and youthful sexuality as truthfully as I remember it being. … I just feel like you should be honest with our young people. Otherwise they're not going to listen." S