For the first time in years, the trains are running on time — and filling up — in Richmond. 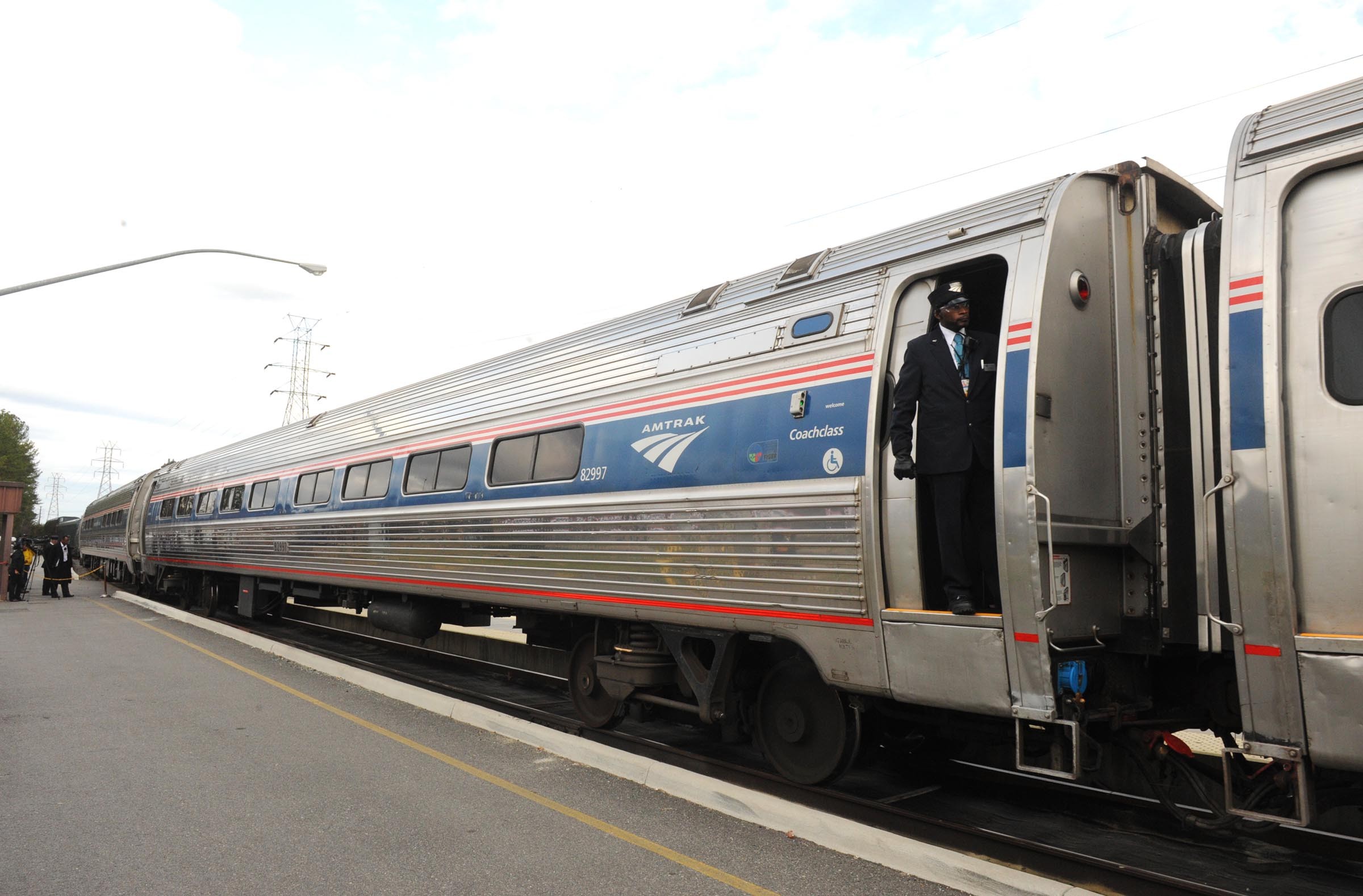 After the "all aboard," the train moves out, taking riders who pay $33 one way to Washington's Union station at 8:15 a.m. — plenty of time to get a day's work done in the nation's capital.

True, this scene's played out for decades, but now there's something different. Once-scorned Amtrak seems to be getting its act together. "It's the only way to go," says Ray Bradley, a health care consultant who lives in the West End and typically commutes to Washington four to five times a week, often taking the 6 a.m. train.

The national rail service, partly funded with public money, used to have an abysmal on-time rate of about 50 percent in Virginia. Now it stands at about 90 percent, Amtrak says. "It's been very reliable for about the past year," Bradley concurs.

More trains are running, including one from Norfolk, where rail service was resumed for the first time in 35 years in the fall. Most train cars have Internet access. And as Interstate 95 grows more congested, rail is becoming a reliable and less stressful alternative.

"There's no question of the steady improvement over the past five or six years," says George Hoffer, a transportation expert at the University of Richmond. Besides offering more passenger trains, Hoffer says that CSX, which controls the tracks to Washington, is managing its freight traffic better and has added a third line from Washington to Quantico, allowing fast-moving trains to bypass slower ones.

Amtrak also has cleaned up its act by savvier scheduling, he says, which factors in the arrival times of sluggish trains coming from North Carolina. Southbound trains aren't delayed at Union Station while Amtrak detaches passenger cars and crowds riders into remaining cars. It keeps the cars attached to save time and give riders more space.

The changes have been slow and steady and have garnered much less publicity than the still-distant hopes for sexier high-speed rail. The Brookings Institution released a report in March showing that from 1997 to 2012, Richmond-area passenger traffic grew 59.6 percent to 427,087 a year.

Noting that most growth nationally is in the short-range, 400-mile trip category, Brookings declared that "American passenger rail is in the midst of a renaissance."

Joseph Kane, a co-author of the report, says Brooking's figures included Richmond's Staples Mill, Main Street, Ashland and Petersburg stations. These put the area in a beneficial position because together they handle long-distance trains heading to the Southeast, shorter runs to Washington and a Newport News-to-Washington train that has 600,000 passengers a year. "These put Richmond in a better position than places like Omaha that have only one or two routes to rely upon," he says.

Outside of the heavily traveled Northeast Corridor, Virginia's rail routes are "head and shoulders above the pack," says Kevin Page, chief operating officer of the Virginia Department of Rail and Public transportation, citing the Brookings study.

Kane says the study shows that rail outpaced all other transportation modes in passenger growth, more than doubling that of domestic aviation in the 16-year period.

Airlines may be their own worst enemies. Complaints against airlines nationally have been rising steadily while cash-strapped carriers cut back on amenities. The number of passengers at Richmond International Airport hit a high in 2007 of 3.6 million. From 2011 to 2012, the number fell by 0.4 percent to about 3.17 million. Airline mergers and operating costs also have cut service to such markets as New York from about 26 flights in 2008 to about half now as service has suffered.

For example, once-popular AirTran, which operates from Richmond, hasn't yet been fully integrated by Southwest Airlines, which merged with it last year. AirTran charges for any checked baggage, while Southwest lets one checked bag aboard free. And Richmond appears to be among the last on the list for conversion to Southwest, Hoffer says.

Some problems remain at Richmond's two rail stations. The primary station, Staples Mill Road, is a crumbling, parking-short facility that's only now getting its first stoplight.

Ornate Main Street Station, located at a strategic downtown location favored by Richmond's business elite, operates a few trains, but its future is limited. Most trains are on routes running just west of downtown, and upgrades to make more use of the station would be expensive — from $400 million to $600 million, says Daniel Plaugher, executive director of Virginians for High Speed Rail. It also takes a train 45 minutes to go from Main Street to Staples Mill. "North Carolina officials don't want to slow down their Amtrak trains north just to go through two Richmond stations," Hoffer says.

The quest for high-speed rail also seems to have slowed with federal budget problems. Rail upgrades to handle trains running faster than 90 mph from the Potomac River to South Hampton Roads would cost about $3 billion, Plaugher says. For now, the goal is to get trains that average about 45 mph to gradually improve to about 90 mph.

That will take money. While Virginia is one of 15 states that contributes to Amtrak, Kane notes, it's at the bottom of the list, having given $135,000 from 2007 to 2011. California was the biggest giver at $400 million, and even North Carolina gave more at $22 million for the period.

But more funding is on the way. The new transportation bill just passed by the General Assembly would make $257 million available over five years, which will be used to enhance operating costs of six trains, including two from Newport News and two from Richmond, Page says. The state will take over operating costs of the trains in October. It already pays for trains from Lynchburg and Norfolk. Funding will come from a 0.3-percent increase in the state sales tax.

Passenger rail in Virginia seems to be picking up speed albeit slowly and little noticed — except, perhaps, by riders such as Bradley. "It's much more difficult to drive," he says, "and if the Wi-Fi is working well, you can be very productive as you travel." S