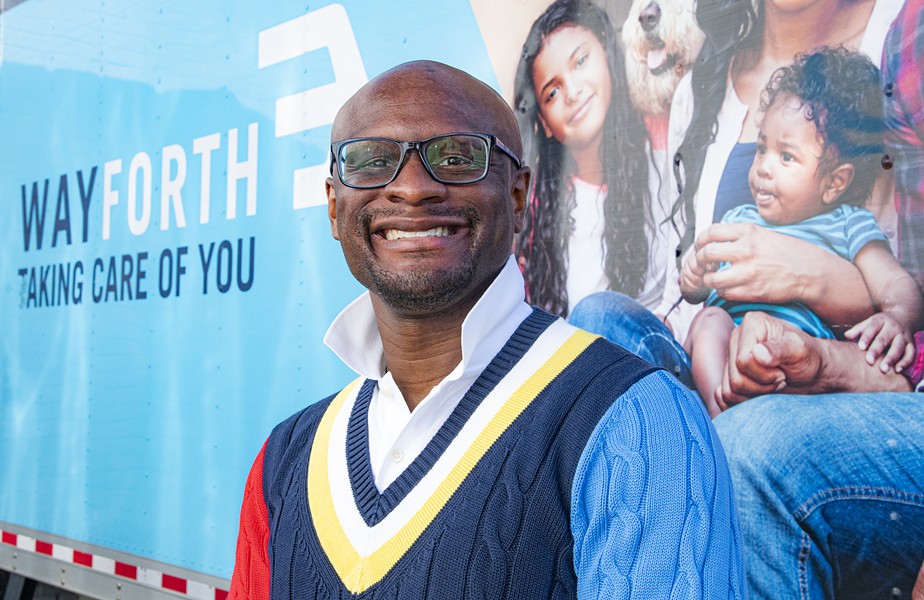 It seems obvious that one of the most lacking skills in America today is the ability to communicate across different generations, ideologies, and life experiences.

Garret Sawyer is a born communicator. He loves helping people, not only through his local job with Wayforth, a rapidly growing national company that assists seniors in transitioning from their homes into senior communities, including assisted or independent living, but also through his work in the community.

“Perhaps his signature skill is being able to engage literally anyone from any background in meaningful conversation, not just small talk,” says Thad Williamson, an associate professor of leadership studies at the University of Richmond. “He makes people feel comfortable and invites trust.”

A graduate of Open High School and the University of Virginia, Sawyer has been an important community voice through his service on the city’s ethics commission; the board of Richmond Public Library and Anna Julia Cooper Episcopal school; as a longtime leader of the Northside Coalition for Children, Inc. that undertakes a large annual back-to-school supply drive; and as an advocate through the Richmond City Democratic Committee, Richmond NAACP and most recently, a founding member of Richmond Together, a civic education organization.

Sawyer feels like he’s had the biggest impact recently through Richmond Together, noting that during the last election they focused on creating a lane to hold public officials to their promises. He also greatly values his longtime work on the back-to-school drive, adding “when we started, we were giving out supplies in Ukrop’s grocery bags, and a decade later, we’ve built strong partnerships and can now give out two to three thousand backpacks filled with school supplies … as well as vouchers for haircuts.”

He credits his mother, a social worker involved with the Healthy Families for Richmond program, with being hyper-focused on he and his brother learning to work in the community and take care of other people. “She also taught me the importance of making a change,” he says, noting that he got involved from an early age with the local chapter of NAACP and Richmond Crusade for Voters.

When he got older, Sawyer even ran for a City Council seat in the 5th District in 2016 and lost to Parker Agelasto, while still earning 3,000 votes. He notes that the two never had any bad blood and he doesn’t believe in mud slinging.

“People are tired of that in general, they want someone to do the work,” Sawyer says with a nod toward the future. “You may see my name again, sooner or later.”