The indie minds behind Richmond’s community of video-game developers.

A level in David Byers’ “Another Castle,” is under development.

Andrew Bowers was a computer security engineer with a passion for "Tetris."

He still plays the game daily, but he quit the day job to design his own "Tetris"-like puzzles. His first title, "Floris," has been downloaded more than 15,000 times from Apple's app store.

Bowers, 35, is a member of a thriving community of independent game developers that's growing in Richmond, helped along by monthly meet-ups called game jams, where experts and novices form teams and commit to developing an entire game in 48 hours.

"Floris" is similar to the falling shape-fitting game "Tetris," but instead of rotating the pieces you rotate the board. Bowers says the idea sprang from his personal frustration with the "Tetris" app that's available for iPhones. He developed his prototype during a game jam in Richmond last year.

That's the point, says Lauren Vincelli, who started RVA Game Jams about a year and a half ago with her friend Will Blanton.

"It's hard to know where to begin if you don't have a job at a game studio," Vincelli says. "It seems like a pretty huge undertaking to make a game."

Blanton and Vincelli say the numbers have grown from around 20 participants at the first event to 60 at the most recent, which took place last week at 804RVA, a co-working space.

Teams of four to six huddled over screens while 3-D frameworks took shape and lines of code got tapped out. 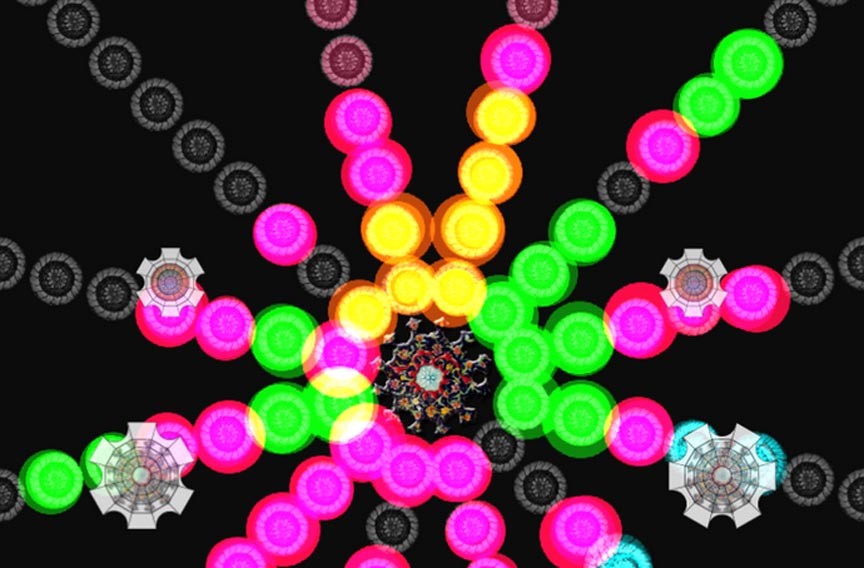 At the end of the event on Sunday, each group shared its results: One placed players in an elevator asking them to guess who farted, another was a Mario-like princess adventure, a third let players jump from animal to animal while they tried to escape a zoo.

David Byers, 28, led the zoo-escape team. He's worked as an independent developer in the city for three years. He raised $15,000 on Kickstarter for his latest project, a game titled "Another Castle," which leads players through endless, randomly generated castles in search of special objects.

Byers says before the meet-ups, indy developers were scattered around Richmond working late nights in dark rooms in front of glowing screens. It sounds clichéd, he says, "But it's pretty accurate."

As the community has come together, Vincelli says, more experienced designers have been able to mentor newcomers.

"What has been especially cool for us is seeing people who have never made games before become full-on, independent, game developers," she says.

Game developers and enthusiasts can connect with some of the local events online at rvagamejams.com.