Game Review: The Legend of Zelda: Breath of the Wild

By letting go of series conventions, one of the biggest franchises in gaming proves that discovery is key.

Nintendo Dragons are only the tip of the iceberg in Nintendo’s “The Legend of Zelda: Breath of the Wild,” the 17th release in the main Zelda series.

If you’re a lapsed fan or someone who’s grown tired with the familiarity of AAA game releases, you owe it to yourself to play “The Legend of Zelda: Breath of the Wild.”

Nintendo had a tough task during the game’s six-year development cycle. “Skyward Sword” on the company’s popular Wii console was a tidy culmination of that system’s motion-control scheme, but largely abandoned the series’ open world.

It also marked the pinnacle of the tedious hand holding that became an unfortunate hallmark of “The Legend of Zelda.” With “Breath of the Wild,” Nintendo apparently has done some serious thinking about its roots.

It opens with protagonist Link awakened in a mysterious vault. A woman’s voice — the eponymous Zelda — implores Link to defeat the malevolent creature, Ganon, who’s taken over the Kingdom of Hyrule. After finding some basic clothing and weapons, you’re off to save the world — and how you do that is up to you.

That story beat sets a tone for the rest of the game. Gone is the linear path to success and Link’s ever-expanding arsenal of gadgets. If you’re going to save the day, you’ll have to get creative.

It’s reminiscent of the original “Legend of Zelda” released in 1986. That game told you essentially nothing about the way it worked. There was an element of trial and error that rewarded you for trying new ideas. By the time the final sword blow was struck, you really felt like you’d earned your victory. 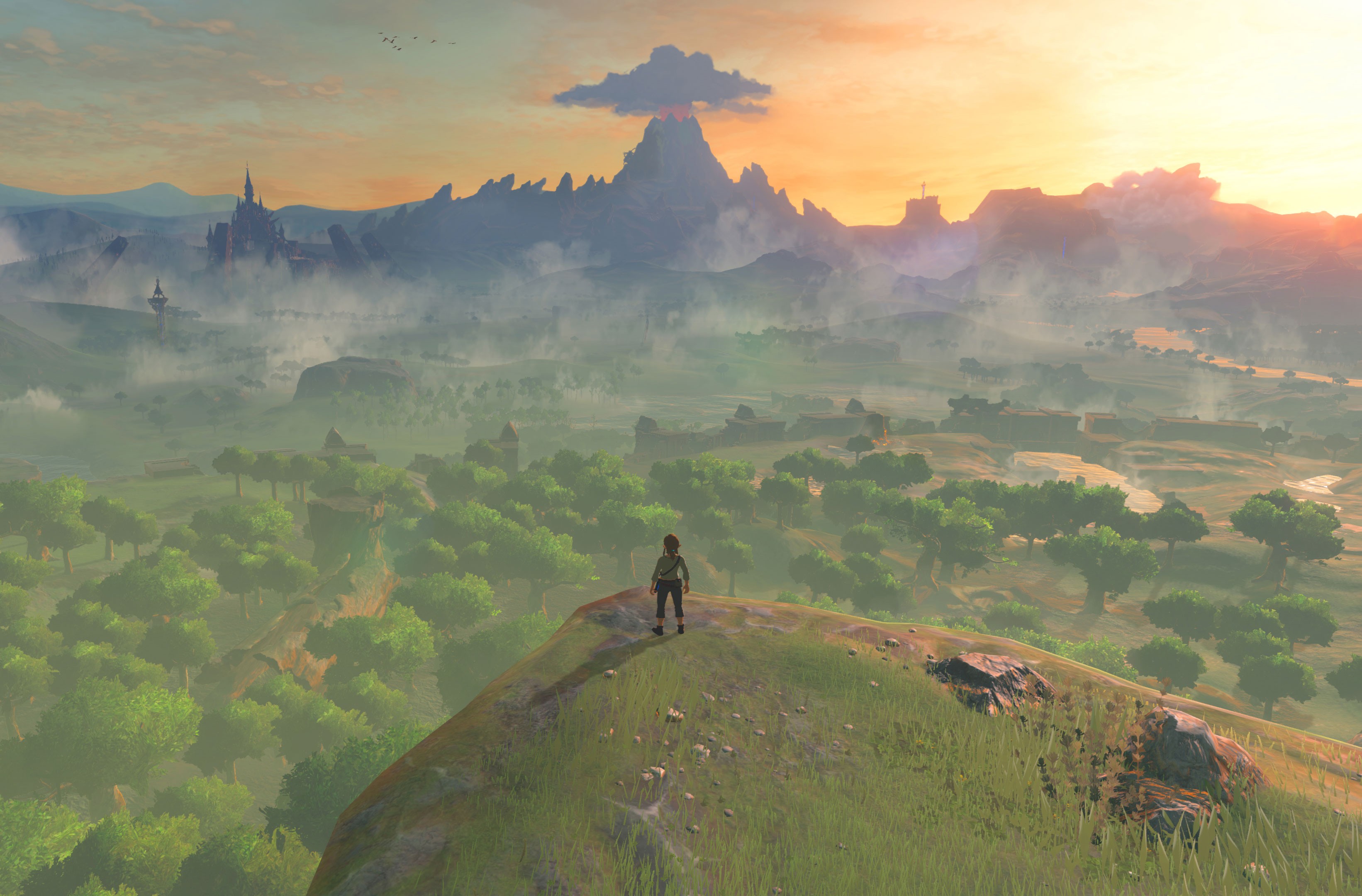 The moment-to-moment play in “Breath of the Wild” moves exploration back to the top of the list. There’s always something to catch your eye on your journey, and you’re usually rewarded for exploring the game’s mountains, meadows and ruins. In this way, the emphasis is on creating your own adventure outside of the plot points.

I’m reminded of a time I tried to scale a tower to get a better view. It was in the middle of a fetid swamp, surrounded by enemies, and I was underequipped for the task. I decided to backtrack for supplies when a thunderstorm whipped up. That’s when I discovered that metal weapons turn you into a walking lightning rod. Thinking quickly, I tossed my sword near some monsters, which they greedily snatched up. The lightning took over from there. I was stunned it worked, but Zelda rewards you for out-of-the-box thinking.

It’s tempting to compare this game to “Horizon: Zero Dawn,” a Playstation 4 exclusive released the same week as “Breath.” An excellent game, “Horizon” fills its open world with a list of tasks and gives you a set of tight combat mechanics to get the job done. In contrast, “Breath of the Wild” gives you room to breathe. It’s action-packed when it needs to be and contemplative and calming at other times. The balance between combat and discovery means that your efforts rarely feel wasted.

A note about consoles: “Breath of the Wild” is available on Nintendo’s new Switch hybrid and also the older Wii U hardware. The differences between the two versions are minimal, but with the Switch, it’s a joy to be able to take Zelda on the go with little compromise. The game has its fair share of frame-rate hiccups, but those do little to subtract from the game and stellar presentation.

There are points of frustration. The game can be too obtuse for modern sensibilities with certain mechanics. Some will be turned off by the way that weapons and shields can break, sometimes in the middle of combat. Fallen enemies will drop replacement gear, but those who prefer to min-max their stats may cringe at having to make do with weaker weapons in a pinch. The open design also means that some enemies are able to kill you in one hit during the game’s early hours. But every death feels like it’s your own fault — a teachable moment.

The most important game design lesson to be learned is that it’s OK to trust players to figure things out on their own. “Breath of the Wild” treats its scenery as more than just window dressing. I want to visit every corner of its carefully crafted world because I know my curiosity will be rewarded with fresh experiences and satisfying secrets. The game manages to bring the element of surprise back to one of the most beloved franchises in history and that reinvention is a triumph on its own. S