Gallons of Liquor, From the Bottom to Top 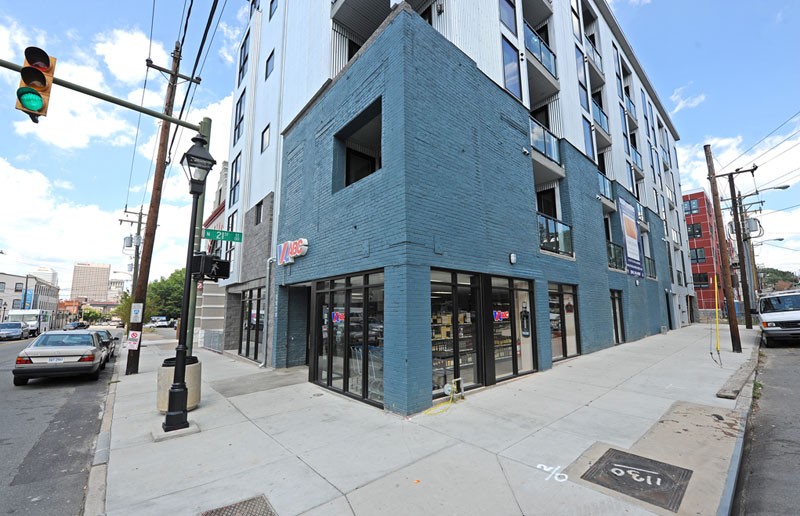 Retail alcohol sales have a future in Shockoe Bottom. In the 50 days since its opening, the state’s 337th liquor store rang up $252,525 in sales, says a spokeswoman for the Department of Alcoholic Beverage Control.

Compare that with the store’s nearest counterpart a few blocks away, the state’s Church Hill liquor outpost. Total sales at the Venable street store amounted to just $170,657 during that same period, according to ABC.

The new store in the Bottom opened June 30 below a recently opened condo development at 21st and Main streets. It replaced an older location in Fulton Hill that the state closed in January, citing safety and security concerns surrounding its location.

So, what does the store’s apparent success mean for Shockoe Bottom? David Napier, president of the Shockoe Bottom Neighborhood Association, says he thinks it’s indicative of the neighborhood’s residential growth. Many residents went to Carytown for grocery and liquor shopping, he says: “With this new store being more convenient, maybe they’re finding more reason to stay in the neighborhood.”

The store’s success had us wondering: Where are the most popular places to buy liquor in Richmond? Here’s a short list of the top state-controlled liquor stores in the city, according to gallons of liquor sold during 2010:

1. 2901 Hermitage Road: With 79,297 gallons of liquor sold, the ABC store just steps from The Diamond at the department’s central office, is Richmond’s most popular. Open only on weekdays, it closes at 5 p.m. It caters to bars and restaurants, but for thirsty early risers, it also opens at 8 a.m.

3. 618 W. Southside Plaza: The numbers begin to drop as we move south toward the suburbs. This south Richmond store sold 45,820 gallons.