From the art of craft making to time travel, prepare your eyes for these standout shows and exhibits. 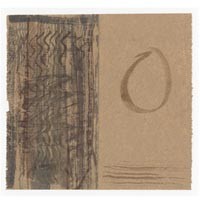 In season two of PBS's “Craft in America” airing Oct. 7, a Kansas City Art Institute ceramics teacher laments the multitude of reasons one wouldn't want to become an artist. “Culture doesn't really beg people to pursue a career in the arts,” she says. “I think you just decide every single day. … you just decide to do it.”
In Richmond and beyond, the willful act of art making prevails in dozens of venues, despite the obstacles made even more daunting during a recession. This fall let us now praise …

John Cage's development of musical compositions (and later painting and printmaking) via Zen-inspired chance operations, led him to be recognized as a preeminent post-war avant-garde artist in the international arena. The University of Richmond's Joel and Lila Harnett Museum of Art and Print Study Center opens “John Cage: Zen Ox-Herding Pictures” (Oct. 21-April 7) to showcase 50 of the artist's watercolors created in 1988 at the Mountain Lake Workshop, the series of collaborative art sessions taking place in a small mountain resort in Giles County since 1983. (Ox-herding refers to a Buddhist teaching of how one can achieve enlightenment. The ox symbolizes the mind, and the herder the seeker.) Using natural objects such as stones and feathers found around the New River as tools and source material, Cage painted these watercolors with the hope of opening himself to the possibilities of the landscape around him. “Zen Ox-Herding Pictures” will be a an insightful follow-up to the season's four-venue retrospective of Richard Carlyon, whose own interest in chance was influenced by Cage's work.

The drawing style of Georgia artist Ben Jones calls to mind the manner in which a child might hover over paper, transfixed and nearly cross-eyed, to represent something like a favorite toy, or a best friend. With his precise and determined pencil lines, Jones builds his images with minimal marks that he almost carves into stark white paper. His drawings are typically small and the subjects seem banal. Yet Jones, with his schizophrenic sensibility spastically jumping between naivety and experience, consistently produces images with weight. Jones's work is included in major museum collections such as the Whitney Museum of Art and Philadelphia Museum of Art.   “Small Works: 1995 -2009” runs Sept. 4-Oct. 17 at Quirk Gallery. 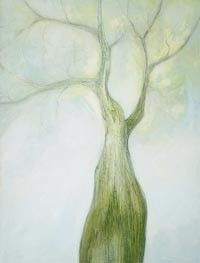 >Painters Mary Scurlock and Diego Sanchez are two Richmond artists who use the physical properties of their paint to further conceptual content. Scurlock's encaustic medium allows layered images to read as a visual document of time, but evidence of the artist's hand and mind suggests that memories shaped by perception and emotion, more than facts, are captured by the filmy layers. Sanchez's thick application of opaque paint also suggests an accumulation of time, as in his images of ancient subjects such as the Roman Coliseum, where his built-up surfaces emphasize the distance between past and present. But the artist's brilliant color palette and integration of grids and flat geometries separate his images from history with a postmodern edge. Like Scurlock, Sanchez challenges the concept of time, but as Scurlock's focus seems personal, Sanchez's seems cultural. Page Bond Gallery's exhibition (Nov. 6-Dec. 4) of new work by these two artists and educators (Scurlock teaches at Henrico High School and Sanchez at St. Catherine's School) present two visually engaging viewpoints that will want to speak to each other. 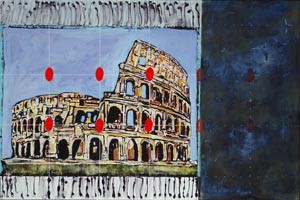 Craft Artists and Their Patrons

For 45 years the Visual Arts Center's Craft and Design Show has served as the gathering ground for selected artists from across the country to sell their craft objects. This isn't just a clay pot and dulcimer show; it's a source for some of the best in both traditional and new media. This fall the center culls samples of objects sold to 20 of the most prominent collections between 1980 and 2000 and exhibits them in “Twenty/Twenty” (Nov. 20-Dec. 27), which coincides with the Craft and Design Show. “Twenty/Twenty” not only celebrates art that is satisfying in form and function, but also honors those who support it.