Gabriel’s Rebellion to Have Lasting Marker 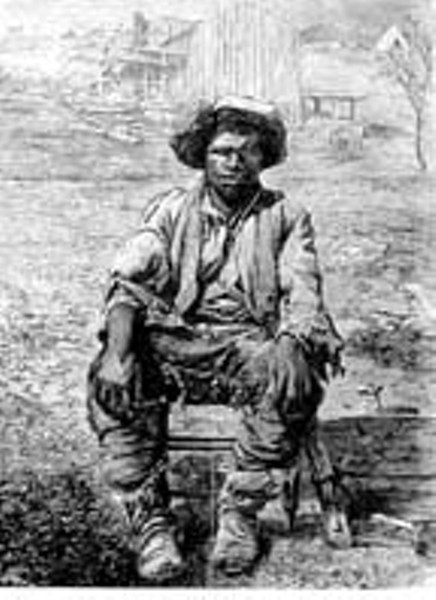 Gabriel, also known as Prosser’s Gabriel, was enslaved at Brookfield plantation in Henrico County, an area near Bryan Park. But he was trying to change that for himself and others.

At the turn of the 19th century, Gabriel organized a far-reaching, mass rebellion that included hundreds, if not thousands of slaves, says Wilayto, referring to the book by historian and professor Douglas R. Egerton, “Gabriel’s Rebellion: The Virginia Slave Conspiracies of 1800 and 1802.” The effort extended into Richmond, Petersburg, Norfolk and 10 counties.

But the rebellion, set to launch in August 1800, failed. A rainstorm had created high waters where the slaves were to gather, and the delay fractured nerves and spilled what was until then an incredibly well-kept secret.

The what-ifs are mind-boggling. Would Gabriel’s vision of an uprising that included white artisans and working people have worked? Would slavery have lasted? Would there have been a Civil War?

“So damn the rainstorm,” Wilayto says.

Surprisingly for Wilayto, Richmond’s collective imagination never seemed to have been captured by Gabriel’s place in history. The Spring Park Historic Site in Henrico County commemorates Gabriel. Richmond City government first officially honored him in a resolution passed by City Council in October 2002.

And now the state of Virginia has approved a marker and accompanying text to be placed at the site where Henrico County authorities eventually hanged Gabriel on Oct. 10, 1800: the north side of East Broad Street, east of Interstate 95, roughly between 15th and 16th streets.

The final approval by the Virginia Board of Historic Resources came last week, says Wilayto, who has been working with a group of residents called Defenders for Freedom, Justice & Equality to get the marker installed. Now the group is working to raise $1,225 for the marker — in increments of no more than $50, Wilayto says, to show broad support for the project.

“It’s very exciting, because now it’s official,” he says. He and the group hope the marker — scheduled to be unveiled Oct. 10 — will raise awareness of the surrounding site, which was referred to as the “Burial Ground for Negroes.” He also hopes it may thwart attempts to put a proposed new baseball stadium at the historic site.

“That whole area that we’re talking about,” he says — “that’s the slave-trading area for Richmond.”

For information on the project, call 644-5834, or e-mail DefendersFJE@hotmail.com. — Jason Roop