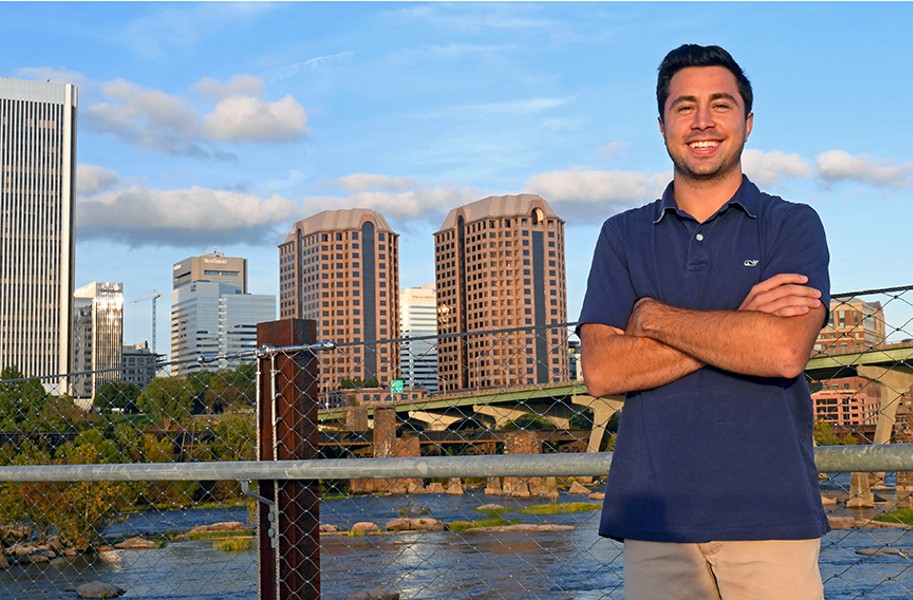 When Gabe Hill was on vacation in Charleston, South Carolina, he was relaxing in a cigar lounge when his mind wandered to Richmond and its networking scene.

He’d graduated from high school a few years earlier and worked in business development for different startups. He was familiar with referral-based networking groups and other ways for midlevel young professionals to connect.

But something was missing that spoke to him and his contemporaries.

To fill the niche, Hill founded the 804 Club for Young Professionals. The goal is anti-stuffy, diverse and not intimidating. He wants it to be welcoming to all, even college students.

Hill, who also serves on several nonprofit boards, met lawyer Bryce Robertson at the first 804 meeting. Robertson helped him grow the 804 Club and the two have formed V12 Venture Partners, which is raising capital to invest in startups. They aim for a progressive, industry-agnostic approach.

“Some of the hardest-working people I know are millennials,” Hill says. “They are extremely community-driven. They want to be involved. Sometimes they don’t know the right person or right steps to start that process.”