Restaurant and music venue is relaunching carefully with a video series featuring its musical staff. 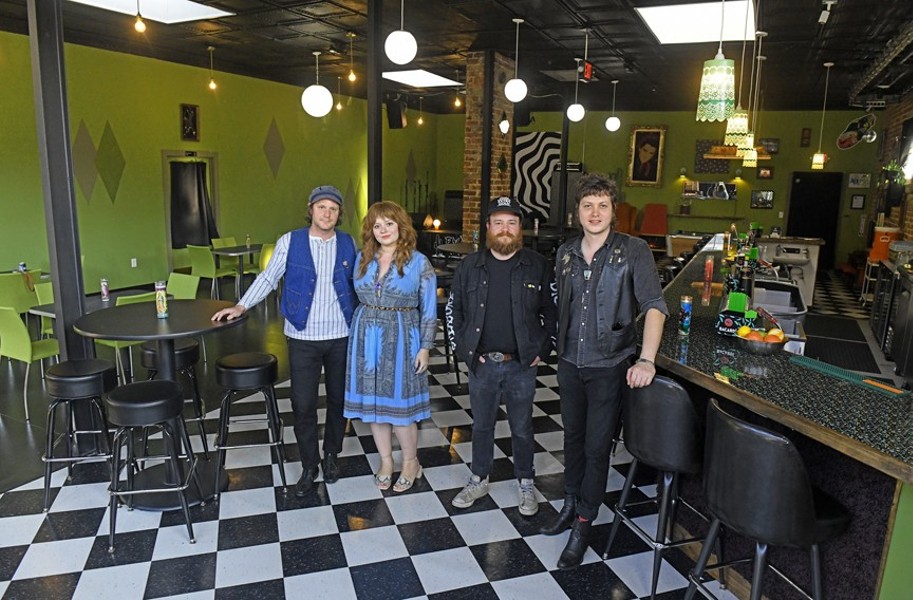 When the pandemic began, a few months into the hellish wasteland of shattered expectations that is 2020, Fuzzy Cactus had been open only nine months in its Brookland Park neighborhood – but business was booming.

“We had a lot of success in those months and had increased staff accordingly,” says Michael Cipollone, co-owner and booker for the small music venue and restaurant that is mostly staffed by local musicians. “Then we had to furlough 16 employees that I knew would have a difficult time paying bills.”

The owners immediately began to ponder what they could do to help these musicians who could no longer tour or work. They reached out to experienced videographer Ari Sneider to see if he would be interested in filming some of the staff members’ bands. He was excited about it and willing to donate his time.

“There were a lot of people doing live streams [at home], but I’d watched so many of them and the quality wasn’t that great, it would freeze up, or whatever,” Cipollone says, noting that it seemed a better idea to have the bands come in and record at Fuzzy, then professionally mix it down, so they could use it later.

Once phase one passed, the venue began filming bands over several weeks inside the venue, which normally holds 165 people. Now Cipollone says it’s releasing three videos, starting with the dark pop of True Body (see below), which will roughly coincide with the restaurant’s reopening July 3.

Other videos include an instrumental surf-garage rock tune by the Chickenhawks, which includes head chef Sam Lappin Sr., his partner Andrea Stribbling, and Cipollone; another is from singer and songwriter Tess Fisher, who bartends at the venue and also curates honky-tonk night at Gallery5. PayPal links are included in the credits for people who want to help support the artists during this difficult time.

Since the pandemic started, Fuzzy Cactus had been relying on the federal Paycheck Protection Program loan, as well as limited takeout orders. On reopening night, the club plans to have DJ Lil Hotrod (Patty Conway) and a guest, local record collector Aaron Bushman, spinning tunes. Reservations will be limited to groups of four or fewer in two-hour blocks, first-come, first-served.

Cipollone notes that the venue has added multiple hand sanitizer stations throughout the restaurant and there will be a 20-minute window between reservation times for a complete wipe down. There will also be a revamped menu, which staff has been able to hone during the downtime.

Regarding reopening for live shows, Cipollone says he’s gun-shy and would rather open slowly with reservations “until society feels comfortable coming back out in a larger capacity.” He notes that most of the national bookers the club works with have told him they’ve completely written off 2020.

“[Before the pandemic] we were starting to get a lot more action on booking, things we wanted. So we had been excited, but they’ve all taken a step back,” he says. “On a local level if things change, we might consider a local show months down the road. Each business has to do what they think is best for themselves.”

For the federal loan to be forgivable, businesses also must follow the strict guidelines. But Cipollone says he’s not anxious to ask staff to come off unemployment without knowing whether workers will have enough customers to make returning worth their while.

“Now you have six months before you have to bring back the staff,” he says. “But it’s a big question mark: If we offer the positions back, and they don’t want them, what do we do then? We want this loan to be forgiven. But we get updates every other day about changes to the loan. It’s a confusing process. I don’t think anyone has the answers.”