Richmond's used-book sellers say they aren't going away, Internet or not. 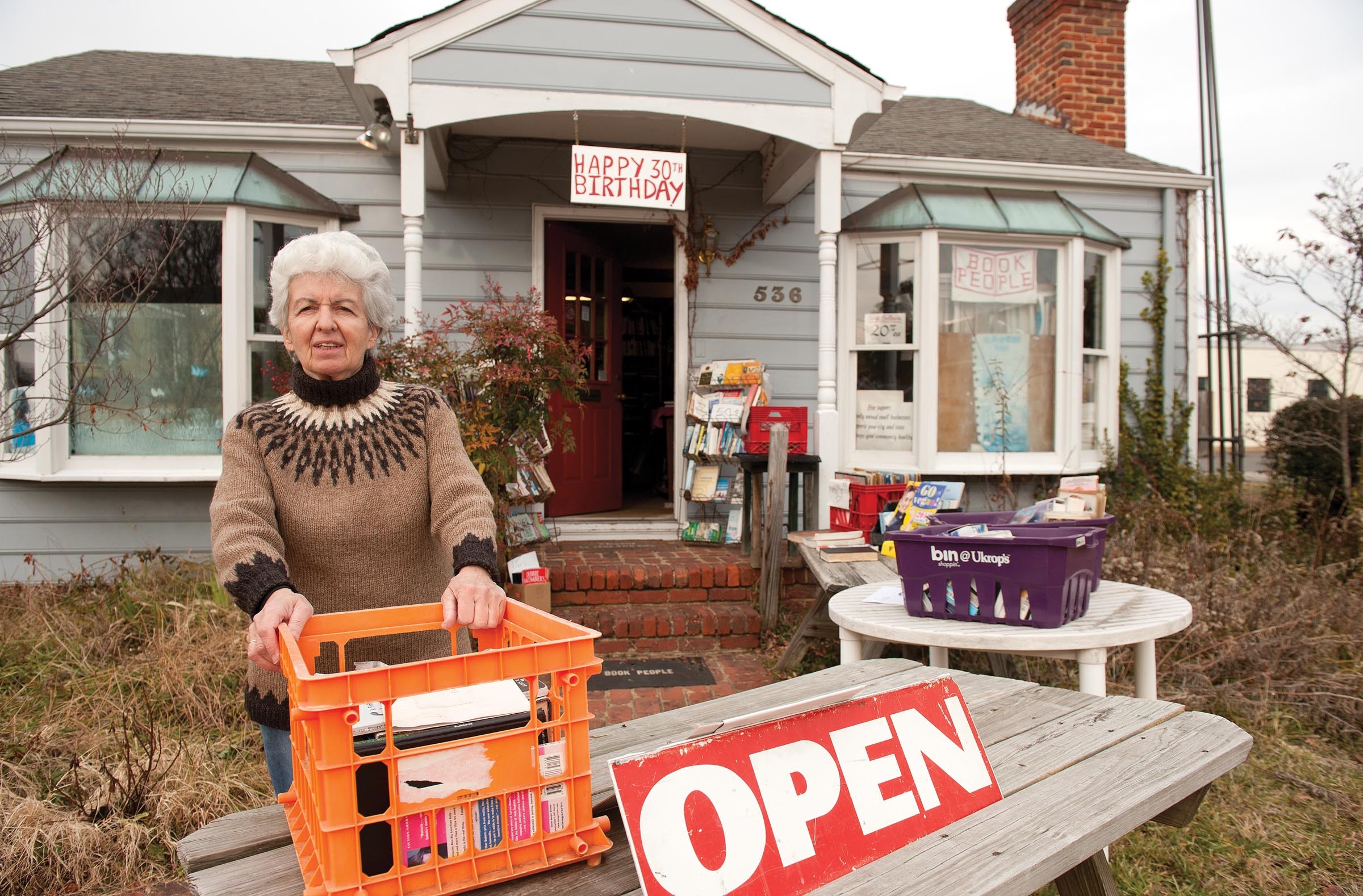 On a quiet afternoon at Book People, a 33-year-old, used-book store in the West End, a regular customer is writing a check for proprietor Ruth Erb.

You'll never hear such a conversation at Barnes & Noble. But it isn't out of place at Book People, which, like many other used-book stores in the Richmond area, seems to bridge the gap between the old world of Main Street and the new world of online transactions, international customers, and books on demand.

For many Richmonders, used-book stores such as Book People, Chop Suey Books in Carytown, the Richmond Book Shop on West Broad Street and Tumbleweeds in Bon Air are community institutions. But with the last decade's one-two punch of a crippling recession and Amazon.com's meteoric rise, some owners are left wondering whether their businesses can survive.

"If things don't look up, I may be looking at closing the store," Tumbleweeds owner Elizabeth Harrel says.

In 2011, faced with a slowing business and her advancing age, Erb put Book People on the market. Things were different 10 years ago, she says: more walk-ins, more sales.

That may be partially because of changing patterns of urban growth. When Kathryn Pritz and Robert Lewis bought the Richmond Book Shop in 1995 — which was founded in 1969 by the grandparents of "Breaking Bad" creator Vince Gilligan — the Broad Street corridor was relatively undeveloped.

"You didn't have anyone living on Broad Street," Pritz recalls. But as the real estate market took off and Virginia Commonwealth University began buying up property in the neighborhood, customer traffic leaped — at least while school was in session. "We're a little bit tied to the university's economy," she says.

Chop Suey, too, has reaped the benefits of urban growth. When Ward Tefft opened the store's first location at 1317 W. Cary St. in 2002, only a fraction of his customers were walk-ins.

"People didn't come down to us because they thought of it as downtown," he says. "They thought it was dangerous."

When the store expanded to its location at 2913 W. Cary St., across from the Byrd Theatre, walk-ins and browsers increased dramatically, and Tefft added new books to the mix. Today, Chop Suey houses some 50,000 volumes and is one of the most recognizable of Richmond's used-book businesses.

But although citywide shifts may be fueling change in the Richmond market, greater forces are at work.

"The Internet is the great democratizer," says Nicholas Cook, owner of Black Swan Books, a dealer in rare and antiquarian books in the Fan who's recently expanded to Staunton. "Works that used to be considered very uncommon have now become more available." That development has made it more difficult for stores selling used and particularly rare books, because increased access has driven prices down and made customers less reliant on a particular store.

Although the Internet may have complicated his business, Cook acknowledges that it's given him access to larger markets. Nevertheless, the decision of whether to go online remains a contentious one for owners, and the split in opinion is evident among Richmond stores. 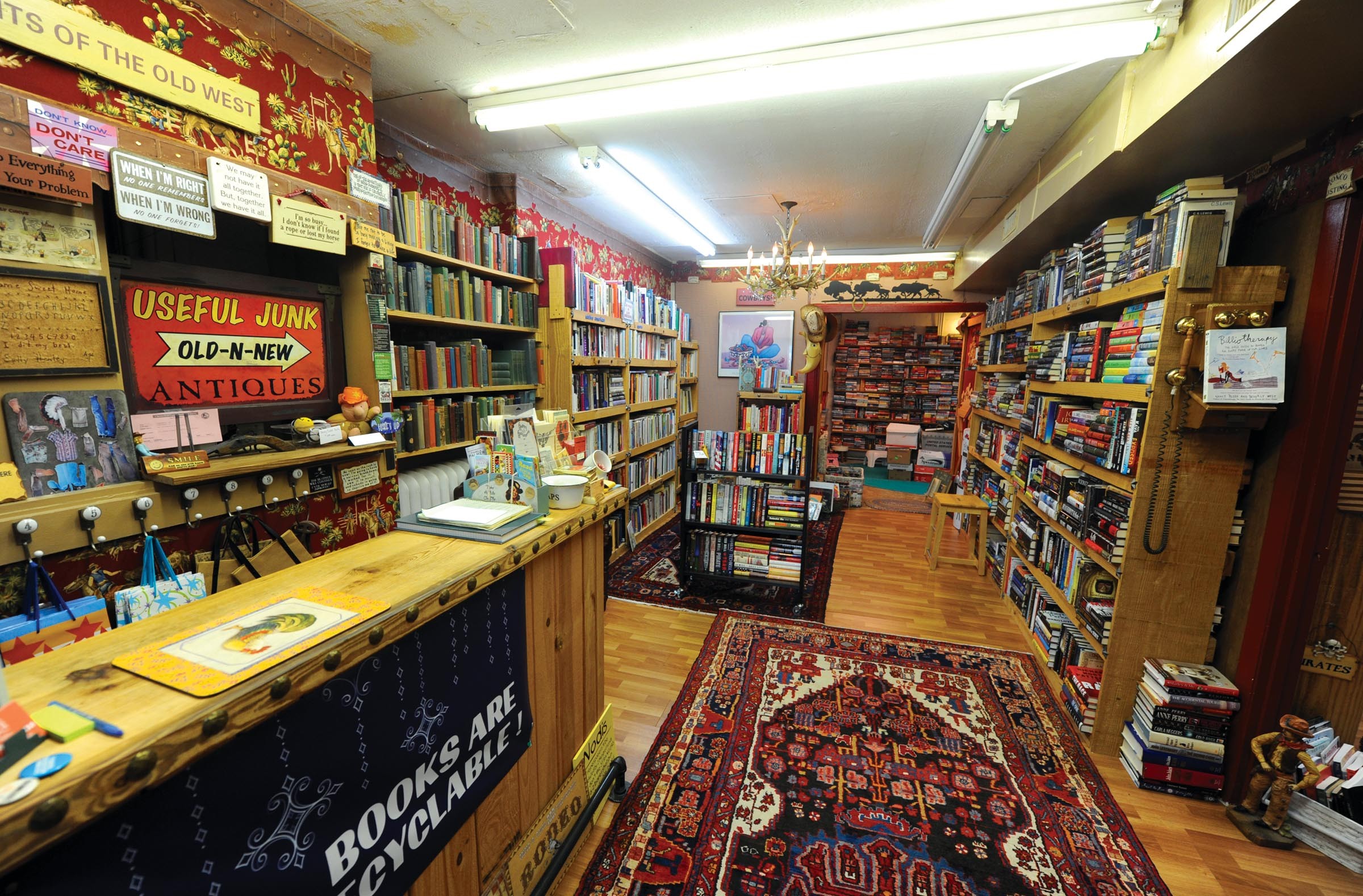 At Tumbleweeds, Harrel has kept her business strictly bricks and mortar. "I didn't want to sell out," she says. "I wanted to keep ours pure and not resort to other means like going online. ... You can always open a store online, but I wanted to be out here with the people. When you come into my shop, you can see the books, you can see what condition [they're] in. A lot of times, you just can't count on the condition of the book you're ordering."

Other sellers have incorporated online to a greater or lesser degree. Pritz and Lewis occasionally sell books on eBay. Erb sells her rarer books on AbeBooks. Chop Suey uses AbeBooks, Alibris and Amazon.

For Tefft, these outlets are a natural decision — to a point.

"You're expanding your customer base. You're not just limiting yourself to the people who come in the store," he says. "But it's certainly not where I want to put all my attention. We have a store for a reason."

Most of the owners say they believe used-book stores will survive. While prices for new books continue to rise, so does demand for used books. And with the ubiquity of technology also comes a backlash.

"You get tired of this technology coming at you all the time," Pritz says. "After a while, you need a break from it."

"I kind of look at used books like vinyl," Tefft says. "In the late '80s, everyone was saying vinyl is dead. But now vinyl is the only thing keeping record stores going, because people like having the actual object."

Where the industry goes next may be a mystery. But as long as they can keep working with books, most used-book sellers are willing to wait to see what happens.

"I wake up every morning and wonder, what do I do?" Erb says. "And then and I come in and —" she makes a gesture of rolling up her sleeves. "Until the next morning." S