Movie maven pays it back at Gallery5. 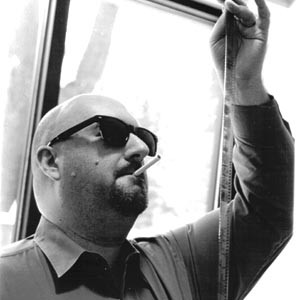 Talk to critic Mike White for 30 minutes and you end up with a list of great films you just must see — obscure gems with such titles as “Captain Milkshake,” “(The Big) Crime Wave,” “Black Shampoo” and “The American Astronaut.”

“I've had many people turn me on to great unknown films and I like to pay it back,” the self-described film fanatic says by phone from his home outside Detroit.

“Impossibly Funky: A Cashiers du Cinemart Collection,” the new film anthology edited (and largely written) by White, expounds upon all of the above films and many, many more. It's a movie nerd's dream book, deconstructing and analyzing “Alien III,” Steven Spielberg, Jar Jar Binks and Quentin Tarantino, and introducing you to heretofore unheralded flicks such as “The Burglar,” “Emperor Tomato Ketchup” and “Lone Wolf & Cub: Final Conflict.”

White, 38, who once edited a well-regarded magazine with the same title as his anthology, is on his first book tour, which sees a stop in Richmond at Gallery5's An Impossibly Funky Event. In addition to musical entertainment — from fellow “Cashiers” contributor, film curator Skizz Cyzyk — the author will introduce a screening of Monte Hellman's “Cockfighter,” a movie starring the late Warren Oates, which he champions in the book.

“To me, it's one of Warren Oates' best films. He's the unsung hero of the '70s,” White maintains, adding that the dog-faced actor is mute throughout most of the moody, character-driven film. “He acts with his face, with his body,” he says. “The film itself captures a subculture, cockfighting, that hadn't really been explored up until that point.”

Oates and director Hellman teamed up for several unforgettable flicks, including “Two-Lane Blacktop” — called the ultimate road-trip movie — and the arty western, “The Shooting.” But their later “Cockfighter” is rarely shown, making the Gallery5 screening something of a real event, impossibly funky or not. “It's a great film,” White says, “even if Hellman himself wasn't altogether pleased with it.”

White's obvious enthusiasm for motion pictures fueled “Cashiers du Cinemart” magazine for 13 years “before the Internet killed it” in 2007,” he says. The film buff works as a technical writer when he isn't beating the drum for unknown celluloid finds such as the African-American version of Warren Beatty's hit film “Shampoo,” which earns an entire chapter in his book. “I'm obviously fond of the films of the '70s,” White says. “I think it was a definite high point. They weren't afraid of being downcast.” He hates the current state of movie special effects — such as the overuse of computerized imagery. “When I watch ‘Close Encounters,'” he says, “I'm convinced that there's a space ship there. But CGI looks fake. … It doesn't convince me.”

To many movie buffs, White is the guy who “busted” director Quentin Tarantino. Not long after Tarantino made his critically acclaimed debut, “Reservoir Dogs,” White created a film, “Who Do You Think You're Fooling,” which illustrated how the director stole scenes, shot for shot, from a Hong Kong movie called “City of Fire.” He devotes a chapter on the controversy in the “Impossibly Funky” anthology, and a screening of “Fooling” will be included at the Gallery5 event. But White has moved beyond his initial 15 minutes of fame. “Being the boy who cried plagiarism isn't who I really care to be,” he writes in the book. S

An Impossibly Funky Event, featuring author Mike White, musical entertainment by BearKat and Skizz Cyzyk, and screenings of “Cockfighter” and “Who Do You Thinking You're Fooling” will be at Gallery5 on Nov. 21 at 6 p.m. The show is co-sponsored by the James River Film Society and Chop Suey Books. Admission is free but donations are welcome. View information at jamesriverfilm.com.