For every ear, a stacked grab bag of fall sounds.

As the air cools and burnt leaves crunch beneath our new fall kicks, we bid adieu to the Porta-Potty-filled days of summer festivals. Release calendars runneth over with a bevy of audible delights and supporting music tours. We raise a glass of hearty, seasonal ale to the handful of them that we think should be pretty swell.

Jake and Jamin Orrall are young brothers from Nashville who combine elements of psych rock, punk and pop into spastic shows that historically have involved blowup aliens and smoke machines. The band is hell-bent on provoking crowd participation, so shenanigans are a guarantee.

Raleigh's city-wide music fest grows just a little bit bigger and a whole lot cooler every year. Flaming Lips, Drive by Truckers, Superchunk, and Richmond's Fight the Big Bull are among the bands that will play for those folks who somehow manage not to get too buzzed at all of the day parties throughout the city and pass out.

Wye Oak and Okkervil River at the National, Sept. 11

Baltimore's Wye Oak finally makes a stop in town to play achingly beautiful and occasionally kicked-up songs from its dreamy release, "Civilian." These guys alone are worth the challenge of downtown city parking. Austin, Texas-based Will Sheff and the rest of the Okkervil River boys will crank out some perfectly polished alt country as well.

Hotel Lights at the Camel, Sept. 13

Thao With The Get Down Stay Down/William Elliot Whitmore at the Camel, Sept. 17

Thao and company call San Francisco home, but they have numerous connections to the River City. (Thao and Willis met at a re-enactment in Colonial Williamsburg and picked up Adam shortly thereafter in Richmond). That's reason enough to call this show a homecoming. William Elliot Whitmore will bring his Mississippi mud-soaked songs to the room as well. Listen closely; these folks are clever wordsmiths in addition to being solid players. 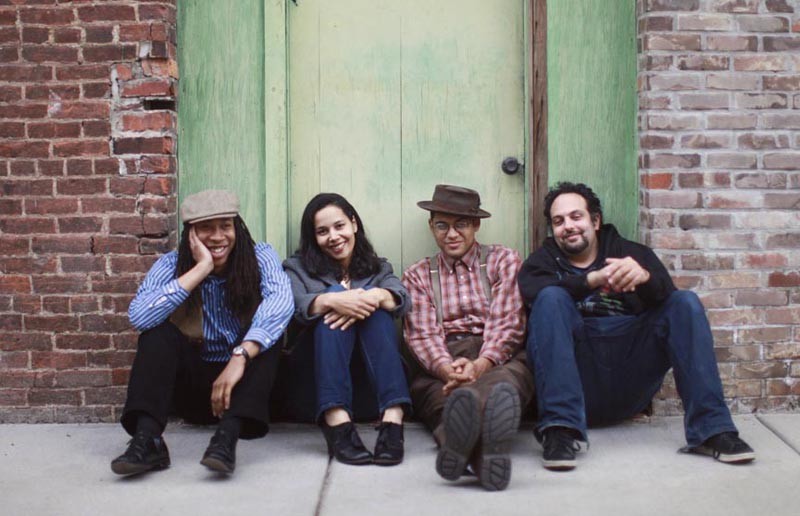 If you didn't catch the Drops when they played the National earlier this year, here's your second shot. While the trio specializes in strings 'n' things old-time music, their approach is modern and creative. Consummate performers, the Piedmont band entertains with stories, dances and nods to popular genres such as hip-hop and pop.

The soft-spoken white boy with major soul had better be on his game this tour. Ray LaMontagne and the Pariah Dogs will bring their roots-rock sound to the stage following not one, but two impressive acts. Alabama's the Secret Sisters bring heavenly harmonies, and the powerhouse pipes of Brandi Carlile might just peel back the pavilion's metal roof.

Foster the People and Cults at the National, Sept. 23

One of the strongest lineups we've seen at the National in a long time also is among the most attractive. With their Sunshine State good looks, Foster the People romp and roll, bringing high energy and infectious indie-synth sounds to every gig. Though darker, Cults' shimmering guitars and sticky-sweet vocals throw back to Motown girl groups, but the lyrics are beautifully twisted. For just two people, they fill the stage with a big sound and have been known to hand out free beer on occasion. So if you're 21 or older, stand close to the front.

The city's favorite music festival returns with another overwhelming (and free) assortment of world class performers on stages dotting the waterfront. This year, attendees will soak up bluegrass (Chatham County Line), afro-cuban sounds (the Petrito Martinez Group), doo-wop vocals (Larry Craig and the Earls), cajun music (Steve Riley & the Mamou Playboys), reggae (Mighty Diamonds), Chicago blues (Magic Slim and the Teardrops), country music (Redd Volkaert Band with Cindy Cashdollar) and -- in the absence of go-go -- primal old-school funk (Original P, featuring original members of Parliament-Funkadelic). That ain't even the half of it, y'all. Go to richmondfolkfestival.org and start your planning.

Annie Clark is more than just a pretty face. This New Yorker totally shreds her guitar during her shows. This fall she'll tour in support of her third album, "Strange Mercy," which drops Sept. 13. The follow-up to the widely acclaimed "Actor" charts new territory with heavier riffs and a dash of brass that should make for an intoxicating, live experience. Cross your fingers for a Big Black or Tom Waits cover too. — Hilary Langford

Eclectic musical tastes will be rewarded with a veritable buffet of smaller show offerings this fall.

Previous Weedeater tours have been cut short by broken hands and shot-off toes, so pray the sludge rockers make it to Strange Matter in one piece Sept. 8. And fans simply won't allow punk champions Samiam to break up, so the band is touring again behind a new record, "Trips," and stops at the venue Sept. 15.

Deke Dickerson wowed audiences at last year's Richmond Folk Festival with his trademark double-neck guitar and he'll do it again Sept. 21 at the Camel. Grammy Award-winning R&B artist Van Hunt will give Prince a run for his money with Photosynthesizers at the Camel on Sept. 23. One-man cow punk band Scott H. Biram doesn't give a crap about the tears in your beer, so the Camel should stock up on whiskey for his show Sept. 24.

On Sept. 28, Guillermo Sexo will use its psychedelic pop to sweep everyone off their feet at Balliceaux. Krautrock pioneer Hans-Joachim Roedelius, the 76-year-old co-founder of German bands Cluster and Harmonia, presses on with his avant-garde electronic music, appearing Oct. 5 at Strange Matter. Adorable husband and wife duo Mates of State have a new album filled with indie-pop treasures entitled "Mountaintops," which you can unlock at the Canal Club on Oct. 10. And sweat will roll when Fat Possum recording artist Unknown Mortal Orchestra brings its psychedelic soul to Strange Matter Oct. 18.

Certainly not as highbrow as their French film namesake, noise-rock trio 400 Blows stampedes into Strange Matter on Oct. 23 with Hex Machine. Amy Winehouse is the latest musician to give up the ghost at age 27, so her songs likely will be covered by the 27 Club on Oct. 28 at the Camel, also featuring post punks Canary Oh Canary.

When not performing with the newly reunited Archers of Loaf, lead singer Eric Bachmann composes new music as Crooked Fingers. Check out his bucolic indie-rock Oct. 30 at the Camel. And if you missed their shrieking-and-shredding set at Best Friends Day, Screaming Females will be back Nov. 1 at Gallery5. With the Black Crowes on hiatus, frontman Chris Robinson and his new band the Chris Robinson Brotherhood are embarking on their first tour, including a date at Canal Club on Nov. 8. Your last chance to see dreamy shoe-gaze band Asobi Seksu before it gets huge will be Nov. 10 at the Camel.

Finally, hailed by many as one of this generation's greatest songwriters, Josh Ritter will play a special Josh Ritter Trio show at Modlin Center on Nov. 12. — Mike Rutz

The fall jazz season is one of the most promising in years, as a continuingly vital local improvised scene is infused with appearances by several significant artists. 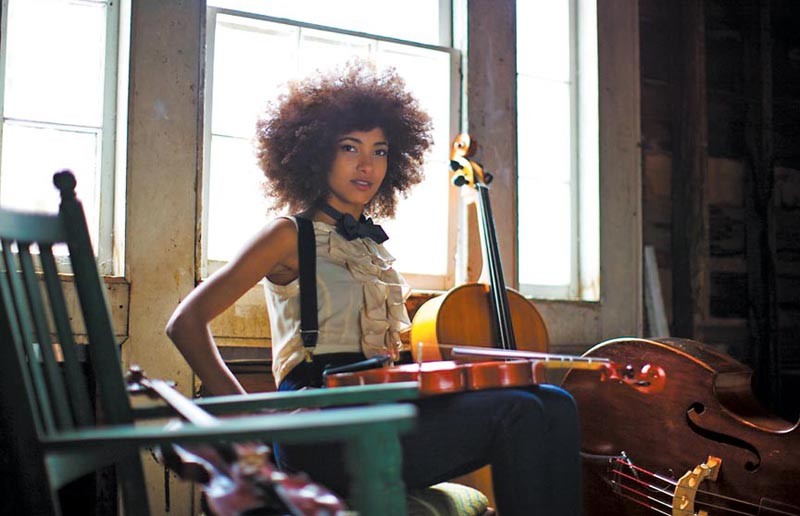 After beating teen idol Justin Bieber for the best new artist Grammy, youthful bass phenom Esperanza Spaulding seems to be everywhere — including here. Booking her for an Oct. 12 performance is a coup for the University of Richmond's revitalized Modlin Center series.

Even as some prominent local players are tapped for national and international bands, they're keeping their Richmond connections. The long-running DJ Williams Projekt's Tuesday night gig will feature special guests when DJ is touring with Karl Denson's Tiny Universe.

After a decade of presenting great, underheard music such as jazz, Celtic and traditional, JAMinc finally gets its own radio program. "In Your Ear" —named after the premier Shockoe Bottom studio where most of the performances were recorded — will begin a 13-session season on local public radio station WCVE Saturday afternoons at 1, starting Sept. 3. — Peter McElhinney

With new concertmaster Diana Cohen at the front of the violins, the Richmond Symphony begins its first season for which Music Director Steven Smith programmed the full season. He continues the symphony's usual tuxedos-with-red-socks approach, threading newer or unfamiliar works into its two essentially conservative classical series.

At the Modlin Center, resident ensemble eighth blackbird also has a new violinist and violist, Yvonne Lam. You really should, at least once, hear this internationally renowned sextet, whose approach is tuxedolike only because members probably put the jacket buttons inside the piano. It performs Oct. 5, with a world premiere of "Pirouette" for solo flute by Amy Kirsten, and Nov. 4-5 at the Electroacoustic Music Festival.

The Modlin classical season begins Sept. 13-15 with "Rappahannock County," a song cycle about the Civil War's effects on Virginians. This new work, co-commissioned by the Modlin, combines elements of opera and television documentary. 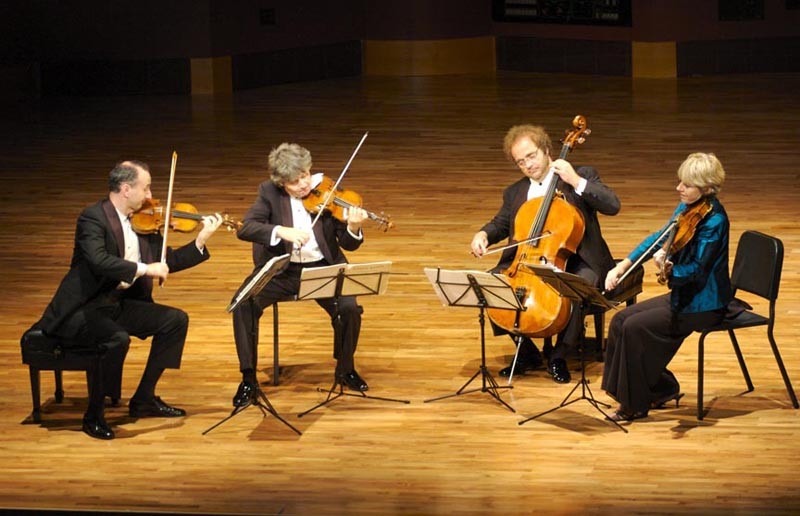 As a string-quartet lover, I look forward to the Takács Quartet playing Britten, Janáek and Ravel at the Modlin Center on Nov. 14. I won't have to wait that long for quartets, though, thanks to the Rennolds Chamber Concerts series. Brooklyn Rider, a quartet that gets press for blending genres and playing in nontraditional places, comes through town Oct. 8 with, among other works, Beethoven's String Quartet No. 14, Glass's String Quartet No. 3, and one of its own compositions.

Though not in the classical genre, Richmond Concert Band's Sept. 11 remembrance concert at Pocahontas State Park is worth mentioning as a meaningful start to the fall season. — Angela Lehman-Rios

This article has been corrected from the online edition, with additional listings included.