It’s cleaner and better for the environment. So why all the fuss over natural gas in Virginia? 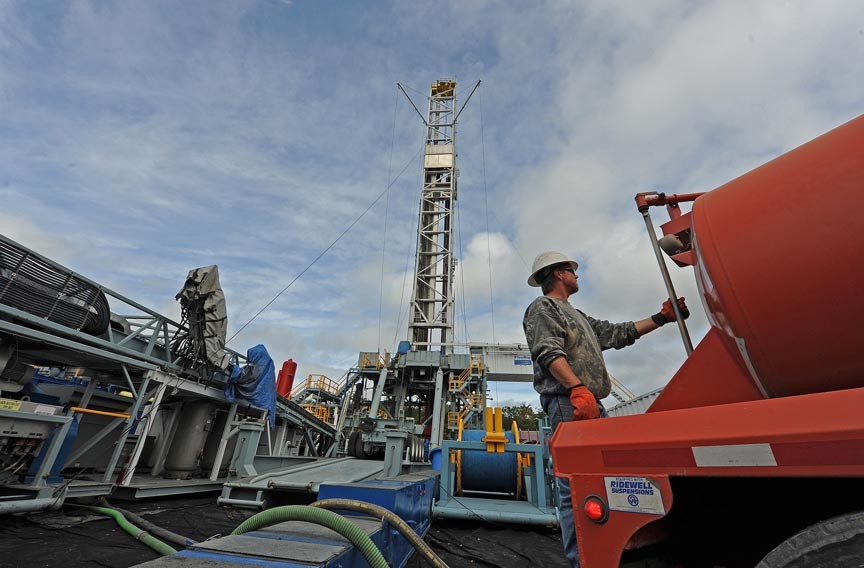 Not long ago, King Coal was the bane of environmentalists. Coal operators lopped off the entire tops of Appalachian Mountains to reach rich seams, which sparked mass protests by green activists. Three years ago Richmond-based Massey Energy's greedy corporate culture was blamed for the deaths of 29 West Virginia miners in the worst underground mining disaster in this country in 40 years.

Now, in nearly a wink of an eye, the culprit has shifted. Environmental groups such as the well-funded Sierra Club are vigorously targeting natural gas. Because of controversial hydraulic fracking and dramatically cheaper production methods, the promise of natural gas has electric utilities shifting away from coal as fast as they can.

Dominion Resources is shuttering coal-fired plants in Chesapeake and Yorktown in favor of gas-fired ones in Warren County, and has proposed a 1,300-megawatt facility in Brunswick County. Dominion chief Thomas Farrell is so hot for gas that he wants to export it at a Cove Point dock facility on the Chesapeake Bay, south of Annapolis, Md.

Old Dominion Electric Cooperative, based in Henrico County, has put on ice plans to build its huge Cypress Creek coal-fired station in Surry or Southampton County in favor of a natural gas plant in northern Maryland.

With renewable energy sources such as wind and solar expensive to build, natural gas is an obvious and much cleaner alternative to coal. Its price has plummeted from $13 per million British thermal units in 2008 to about $2 last year before rising again. A side benefit is that it gives off half as much carbon dioxide that contributes to climate change as does coal. Last year, carbon dioxide emissions of 5.3 billion metric tons were the lowest since 1994, according to the U.S. Energy Information Administration. The agency says the primary reason is natural gas.

It's far less polluting, destroys far fewer mountains, ruins fewer streams and doesn't kill thousands of American miners as coal has done since the 1800s. So why protest gas?

With the coal industry badly wounded, activists are moving their sights to other fossil fuels. The Sierra Club, for instance, had been vigorously targeting coal with its Beyond Coal campaign, funded in part with $50 million from a 2011 donation from New York Mayor Michael Bloomberg. The shift to gas seems inevitable.

"No one is saying turn off the gas now," says Glen Besa, Virginia director of the Sierra Club. His group put together 23 witnesses to oppose Dominion's plans to win State Corporation Commission approval of the Brunswick gas plant last week. Besa says that Dominion has an excess of generating capacity, has shunned wind and solar and hasn't done enough to promote conservation.

In Virginia, gas companies are exploring drilling in places far from the traditional areas in the southwestern mountains. One is the Taylorsville basin, which stretches from Hanover County through the Northern Neck into Maryland and in the Marcellus shale area that includes Rockingham County in the George Washington National Forest.

Dominion officials counter that they need new natural gas generating capacity because they must meet normal demand growth and replace tired-out, coal-direct plants. PJM, the regional electric grid that includes Virginia, has estimated that Dominion needs to grow its power generation by 1.7 percent a year for the next 15 years mostly in Virginia, says David Christian, chief executive of Dominion's Generation Group. PJM will be retiring more than 19,000 megawatts of power — much of it coal-fired — through 2019, says Jim Norvelle, a Dominion spokesman.

Natural gas has advantages because "there is an abundance of shale gas," Christian says, explaining that gas prices likely will stay stable in the near term, and "the Environmental Protection Agency has made it virtually impossible to build a coal plant."

The main reason, however, is that energy costs have turned the coal industry upside down. The Obama administration is proposing to tighten rules on emitting carbon dioxide and other pollutants at new coal-fired plants. That's raised construction prices, but the key factor is that once-cheap coal has lost its price advantage to natural gas, and that has nothing to do with Obama and the EPA.

The drop in natural gas prices is the major reason why the highly controversial coal-fired plant, dubbed "the Zombie plant" by Besa, has been delayed by the electrical cooperative in the tiny town of Dendron in Surry County, which would use coal from central Appalachia. In general, gas prices would have to be about double what they are for coal from Virginia, West Virginia and Kentucky — the type to be used at the Dendron facility — to be competitive, Seth Schwartz, a coal expert with Energy Ventures Analysis, told a Florida conference last month.

Dominion's planning demonstrates a big shift from coal to gas. At the moment, the utility gets 44 percent of its power from nuclear reactors, with coal and natural gas providing 30 percent and 23 percent, respectively. Some observers expect that gas will usurp coal in terms of production percentages in coming years.

Christian insists that Dominion has plans to increase its use of renewable energy, such as wind and solar, which accounts for just 3 percent of the company's energy production. "We have wind farms in West Virginia, have converted three coal-fired plants to biomass, and are working with offshore wind," he says.

Yet, he notes that renewables are more expensive to erect. "All have to be approved by the SCC, which has to be shown they are at an acceptable cost to consumers," Christian says. Indeed, offshore wind farms in New England could proceed on a cost basis only after their operators were guaranteed extra fees from consumers.

The next shoe to drop is whether hydraulic fracking will come to Virginia. Natural gas wells have been drilled for years in the far Southwest, but during the past two years, tens of thousands of acres have been quietly leased for drilling in Caroline, Essex, King George, King and Queen and King William counties.

The Southern Environmental Law Center is gearing up to protest the chance that the U.S. Forest Service will in June open parts of the George Washington National Forest in northwestern Virginia to drilling as part of the gas-fracking process, says the law center's spokeswoman, Erin Malec.

Besa says that Virginia has regulations that cover vertical drilling but has none covering the more recent methods of horizontal drilling. Unlike Pennsylvania and West Virginia where such drilling is widespread, he says, "Virginia has not adopted any new regulations on this."

With so many unanswered questions, fracking and natural gas are ripe targets for activists. S