The University of Richmond takes a deeper look into a Renaissance man's art. 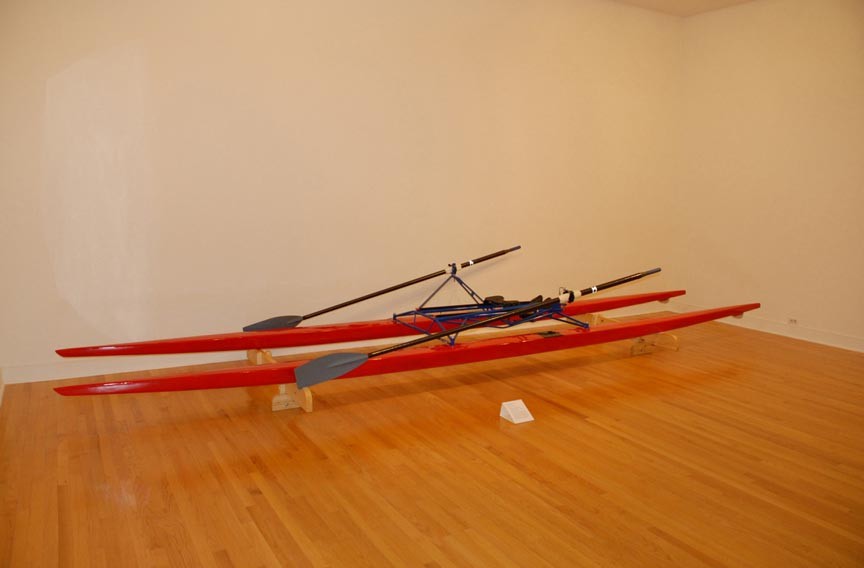 Time magazine called him the "Leonardo da Vinci of the 20th century." Thomas Zung, his longtime friend and architectural partner, says "he believed in what one man can do."

He is Buckminster Fuller, one of the most influential engineers and designers of the last century. During his long career, he attempted to solve a variety of problems, including housing, transportation, education, energy and ecological issues.

A new exhibit, "Buckminster Fuller, Inventions: Twelve Around One" is an eye-opening array of prints, projects and three-dimensional works that span Fuller's career.

Richard Waller, executive director of museums at the University of Richmond, where the exhibit is on display at the Joel and Lila Harnett Museum of Art, describes Fuller as "a very passionate Renaissance man."

Because he was best known for his geodesic domes, Waller and curator Carl Solway chose a wider sampling of his genius. "We wanted to show him as an artist," Waller says. "You can get so focused on the geodesic domes, but we thought it would be fun to bring in some of his sculptures."

The stainless steel sculptures can be seen as simply beautiful structures both kinetic and stationary, but they also represent a translation of abstract mathematical concepts into physical form. Fortunately, it isn't necessary to understand the math to appreciate the sculpture.

Thirteen of Fuller's projects show his process, with a screen print on transparent Mylar of the patent drawings for each invention overlaid on images of the realized projects. One is his 1933 three-wheeled Dymaxion car, known for its pioneering automotive aerodynamic design and for resembling something out of "The Jetsons" cartoon.

"It was visionary that that car came about in the '30s," Waller says. "Imagine seeing it with the Fords of the time." The geodesic domes for which Fuller is best known also are included in this series. 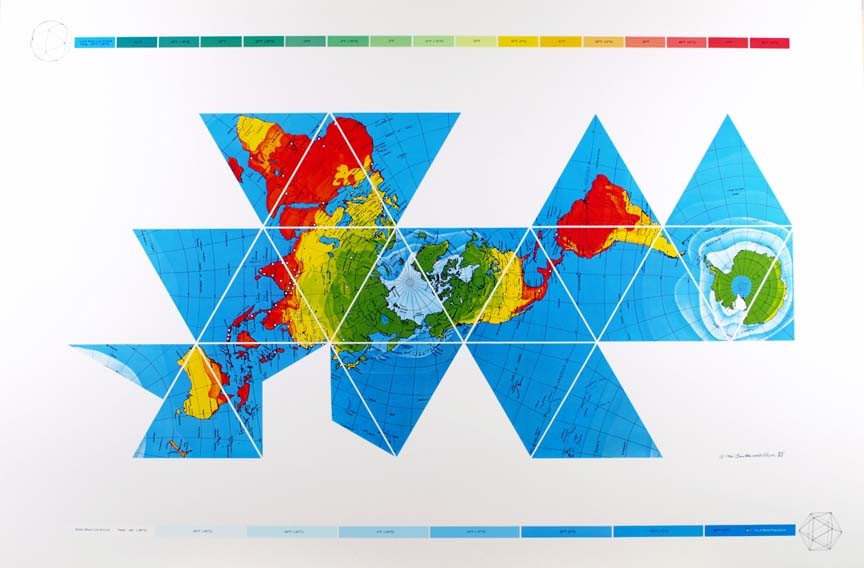 His Dymaxion air-ocean world map is like a re-imagining of the world from a spaceship. It's the first map to show land masses with minimal distortion and the ocean as one body of water. "He's taking a map and saying, 'Let's look at this differently,'" Waller says. "It's how he approached everything and it's what makes him a visionary."

The centerpiece of the show is Fuller's brightly colored Dymaxion rowing shell sitting at the back of the gallery as if waiting to be taken to water. Designed with two parallel 21-foot-long fiberglass hulls, it was created by Fuller in response to falling out of his boat. "It just shows the humanity of Buckminster Fuller," Waller says. "It's a beautiful object. He could have solved the tipping-over problem in a much more mundane way."

But mundane wasn't Fuller's style. "I never work with aesthetic conditions in mind, but I have a test," the artist said. "If something isn't beautiful when I get finished with it, it's no good."

Everything in the show is beautiful. Waller calls it the realization of ideas. "You know he's an architect and an inventor," he says. "But this shows that he was also an artist and a sculptor." S

"Buckminster Fuller, Inventions: Twelve Around One" through Dec. 9 at University of Richmond's Joel and Lila Harnett Museum of Art, 28 Westhampton Way. For information, call 289-8726 or go to museums.richmond.edu.