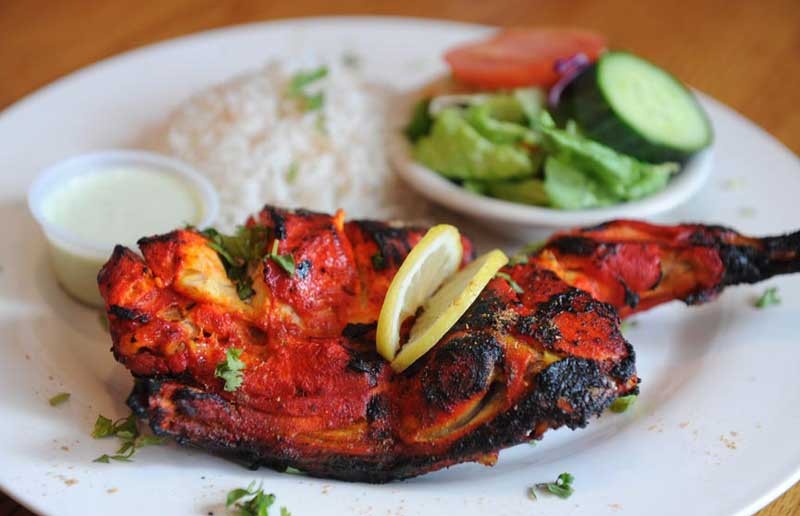 If you thought last year was a busy one for Richmond restaurants, you may find the activity for the first quarter of the new year even more dramatic. Here are some early highlights, with more in the works:

En Su Boca: A former adult bookstore at 1001 N. Boulevard gets its next chapter — a taco kitchen whose name means "in your mouth." Owners Patrick Stamper and Randy O'Dell of Bellytimber Tavern signed the lease just before Christmas and expect to open after a thorough cleaning and redesign of the building, which had garage doors when it was an auto shop. Simple Mexican fare and beverages, and the owners' experience and following, are sure to draw interest and a few double-entendres.

Blowtoad: No one's more excited about this Carytown project than chef and owner Jimmy Sneed, who has one of the best tricks up his sleeve. Blowtoad's walk-up pizza window will serve until 4 a.m., finally giving late-nighters a new option in a town that's notoriously lacking. Sneed's newest business, in the former Double T's space at 2907 W. Cary St., features a 1,500-brick, hand-built pizza oven, 24 craft beers on tap, 20-some bourbons, and rotisserie meats, among other attractions. It's set to open any day now, a complement to Fresca on Addison a few blocks east. 355-8623.

Chang to Short Pump: A lease is reportedly signed but details are being doled out carefully as renowned Chinese chef Peter Chang prepares to take Richmond by storm with his cookery and mystique. For those who can't wait for the official announcement, the nearest option is his Charlottesville restaurant.

Deco Ristorante: Chef Giuseppe Scafidi, formerly of Stuzzi and Bella Luna, takes over the former Cucina catering space at 2901 Park Ave. for this new 45-seat dining room. "I'm going to do Italian food with the flavors of Sicily," Scafidi says, with an emphasis on fish and vegetables. He's masterminding the renovation of the art deco-style structure to return it to its architectural roots. "It was a year looking for a space," he says of his post-Stuzzi search, "and it's near the museum, the Fan and Carytown. I love the creation of it, that's the most interesting thing for me. We are giving life to the art deco again." Expect a spring opening.

Miso Asian Grill & Sushi Bar: Coming to the former Dd33 space near Innsbrook is this second link in a family-owned Fredericksburg business. Redecoration is under way at 3601 Cox Road, where the 100-seat restaurant with spacious patio will have a modern look, manager Tiffany Cheng says, with an expanded sushi bar. Japanese, Thai and some Chinese dishes will focus on healthy preparations, no canned ingredients or MSG, and liberal use of fresh vegetables, Cheng says. Look for a mid-January opening. 747-6888. Misoasiangrill.com.

Laissez Faire Café: Under construction in the New Manchester Flats building on Fourth Street, this under-the-radar project is waiting for the right moment to reveal its chef and owner. The cafe will serve contemporary American cuisine with global influences in a sophisticated but comfortable atmosphere, its preliminary pitch says, with local foods and wines and Richmond-roasted coffee.

S@mple: Unusual fare and a unique concept come to 1 N. Morris St. in the former Sprout location, with a grand opening set for Jan. 13. Owners Adam Bell and Harold Lewis say they're stoked about the work of chef Todd Butler. We'll have more details on this business in next week's issue. Samplerichmond.com.

Boka Tako: The hunt continues for a permanent space for a storefront for this mobile, taco-truck business. A third truck joins the fleet and will park near the financial district starting in early spring.

Mint: The former Davis & Main is getting a thorough refurbishing that highlights its architectural details for this project from Amy Cabaniss, owner of Julep's New Southern Cuisine in Shockoe Bottom. A mint-green accent wall contrasts with dark wood in the soon-to-be swanky setting, a spin-off of Julep's popular craft cocktail business.

Phil's Continental Lounge: An opening appears to be imminent at this new, block-west location of the decades-old standard bearer in the Libbie-Grove corridor. 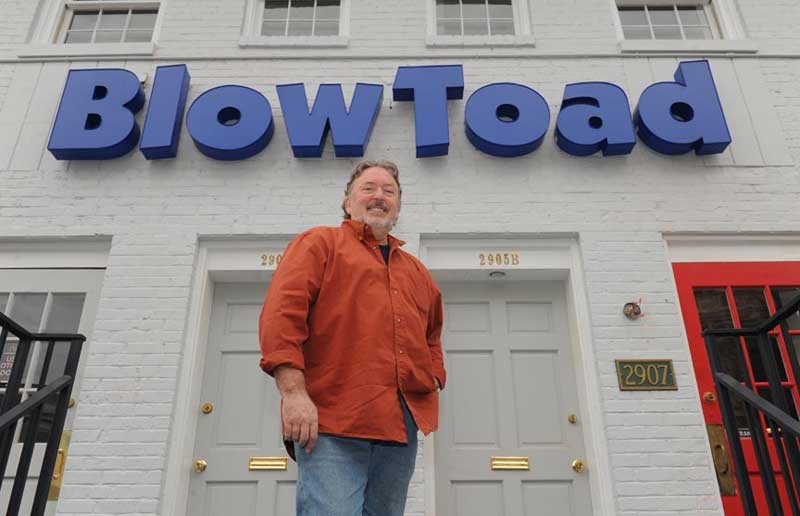 The Continental: One of the most-watched projects opens in Westhampton at the end of January, if plans stay on track. "The development of the menu came quickly," Constantine Giavos says, "and it was important not to reinvent the wheel. We have many creative twists, and are sourcing as many local ingredients as possible, but a burger is a burger, and families should be able to eat." Other choices are Mexican corn on the cob with cotija, lime and butter; honey kettle-fried chicken and sandwiches with house-roasted meats. "And yes, we're keeping the limeade," Giavos says, calling the feel of the Continental purely American but not a diner, with a "dynamic and nostalgic interior" from contractor Jeff Killen and a design team charged with supporting the brand. It will serve lunch and dinner daily and brunch on weekends. 5704 Grove Ave.

Ellwood Thompson's Café: Work continues on the expansion of the natural foods grocery into the adjacent space that was a Blockbuster store. The cafe, projected to open in March, will serve smoothies, coffees and sandwiches, with chef Michael Grayson at the helm.

Camden's Dogtown Market: Now serving hand-crafted salads and sandwiches weekdays at 201 W. Seventh St. A small local gourmet market and an expanded menu of Mediterranean fare from influential local chef Andy Howell are in the works as a transformation from the recent Ejay Rin noodle house is completed. 745-6488.

Buz and Ned's II: Buz Grossberg says the long-stalled second location of his barbecue business is moving forward and bringing out the folk artist in him. A recycled-materials collage he crafted decorates the front of the building at 8205 W. Broad St. The former Fuddrucker's is a 7,300-square foot space with 125 seats in the main dining room, 100 on the patio, and almost that many in a private dining room. The pork barbecue sandwich remains the operation's No. 1 seller, and "business has never reached the static point," Grossberg says of the nearly 20-year-old enterprise. buzandneds.com.

525 at the Berry-Burk: Work continues on this project for a pivotal downtown corner, where Tom Haas and partners are preparing an upscale, small-plates restaurant with touches of haberdashery. Although they'd hoped to open sooner, Hass and chef Taylor Hasty expect an April premiere.

Kabab Grille: This Pakistani hidden jewel closed in Chesterfield last year and found a new location in the former Osteria la Giara in Short Pump. The business offers a full menu of halal gyros, karahis, curries, kebabs, samosas and other fare, including many vegetarian options and buffets at lunch and dinner. 201 Towne Center West Blvd. 716-2546. kababgrille.com.

Halligan Bar & Grill: The second location of this must-experience firefighter-themed barbecue and beer restaurant opened in early December at 2451 Old Brick Road, around the corner from Whole Foods. Plenty of room for families and fans of fire paraphernalia. 364-2707. Thehalliganbar.com.

Sedona Taphouse: Now open in Midlothian, this upscale small-plates restaurant has a large selection of craft beers and live music in the Westchester Commons complex at 15732 Westchester Commons Main St. near the 16-screen Regal Cinema. Sedonataphouse.com.

Johnson's Southern Comfort: Church Hill gets another soul- and comfort-food business in the former Jumpin' J's Java space at 2306 Jefferson Ave. This sibling business to the nearby OMG Café is an upscale dinner spot with two seating areas and a long bar serving owner DeAndre Johnson's traditional Southern cuisine and Virginia wines.

Carytown RRG: Demolition is complete, and construction begins this month on the next project for the Richmond Restaurant Group (Hard Shell, Europa, Water Grill, Delux, Hill Cafe). Michelle Williams says the group's partner, Ted Wallof, is returning from California to help run the business, which is still going nameless. Expect a mid-June opening.

As if this isn't enough, there's more new to come, including a third location of Q Barbeque, new clubs in Shockoe Bottom, the arrival of Fresh Market in Carytown, more food trucks and other tidbits. And this word from chefs and owners of Richmond's already established restaurants — don't forget them in the flurry of newness. S