Richmond musician Coby Batty helps the Fugs carry on without their leader. 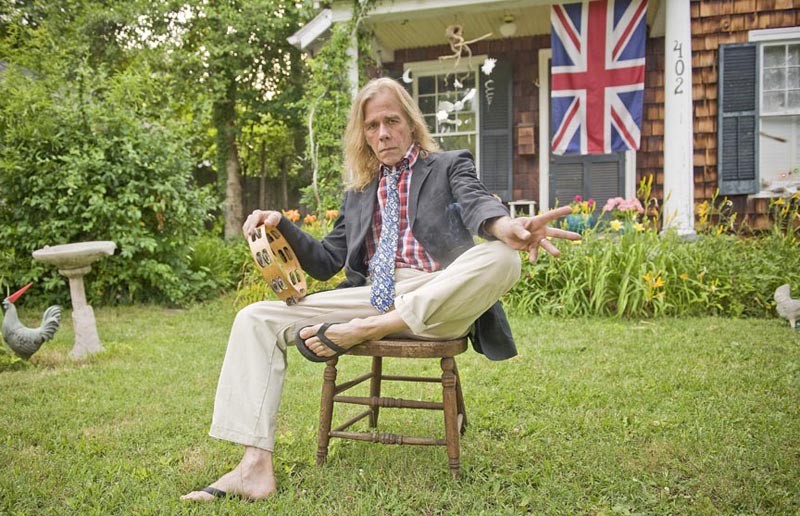 "The Fugs are the only group whose entire recorded output I own. ... They made it clear that anything was possible." — Brian Eno

Legendary counterculture band the Fugs are a different group these days.

You could argue they haven't been the same scabrous, Lower East Side longhairs that recorded satirical anthems such as "Kill for Peace" in the late '60s for some time. But the worm has definitely turned now that they lost their guiding, animating force — co-founder Tuli Kupferberg, the famous bridge jumper from Allen Ginsberg's "Howl" poem — who died of kidney failure last summer at age 86.

The loss especially hit hard for Richmond musician and actor Coby Batty, who's played percussion and sung with the New York-based Fugs since the mid-'80s.

"He was everything to me. My dad, my mentor, my rabbi, my wife, my brother," Batty says, drinking tea in a West End coffee shop. Staying by his friend's side through his final days in New York's Downtown Hospital, Batty sang to him until the very end. "We sang 'The Garden is Open' to him, a little-known tune he wrote, [an] incredible song that Patti Smith covered during an earlier fundraiser for Tuli with Lou Reed and Sonic Youth."

Batty is a busy man. Aside from getting married a year ago [to a former editor at Style Weekly, Elizabeth Cogar], he returned from London this month where the remaining Fugs were invited by Kinks frontman Ray Davies to play the Meltdown Festival alongside Madness, the Sonics, Wire and Dengue Fever.

"When we met, Davies told us he wanted to see 'Slum Goddess,'" Batty recalls, noting that the famous rocker counted the Fugs as an early influence. "I think he thought we were a wild and woolly group. When the Beatles first came to California, they asked Paul [McCartney] what American groups they listened to and he said, 'We like the Fugs.' Lots of the English guys knew that [the band was] experimental and raw."

The London show included a poignant tribute to Kupferberg, but Batty says there will always be a strange emptiness onstage. It's a feeling he's experienced before, having lost bandmate Bryan Harvey from his Richmond group, NrG Krysys, to murder. "Actually, when Ray [Davies] played 'Waterloo Sunset,'" he says, "it really meant a lot to me — that was one of Bryan's favorite songs."

Batty's life is something like that of a gritty character from a Tom Waits tune. He grew up in Virginia Beach and spent some rough early years drinking and living on the streets of Oregon Hill before becoming a conservatory-trained actor in New Hampshire and playing music in New York in the '80s with experimental musician John Zorn.

In addition to music, Batty's acting career continues to hum along with interesting small roles, often set in the Civil War. He's passed the Richmond audition for Spielberg's Lincoln project and hopes for a small speaking part as a Confederate general from Albany, N.Y. (Batty was in the 1988 version of "Lincoln" that was filmed here. He played a ringleader of assassins with serious stink eye.)

Last year Batty had a part in actor James Franco's New York University graduate thesis film, "Herbert White" (playing actor Michael Shannon's abusive father). His chilling scenes were later used as part of a Franco solo art show at the Clocktower Gallery in New York as well as in Berlin. "[Franco] was a good director, understood actors well. Personable and warm and smart without being showy — I liked him," Batty recalls. "He's going to be doing Cormac McCarthy's 'Blood Meridian' and I really want to be in that film. ... I'm going to tell him, 'I can grow a nice mustache and ride a horse.'"

The Fugs have a number of unreleased Kupferberg projects that eventually will come out, Batty says, including unrecorded songs, as well as his unpublished poetry (a 600-page tome is being edited) and his novel about the band.

"He was really the dude who started it all," Batty says of Kupferberg. "We all looked to him and saw what a generous, magnificent man could be. Everything I do with the Fugs is always for him. He was the embodiment of living joy. ... Even to the end, Tuli was always saying, 'I always thought we should've been more punk.'"