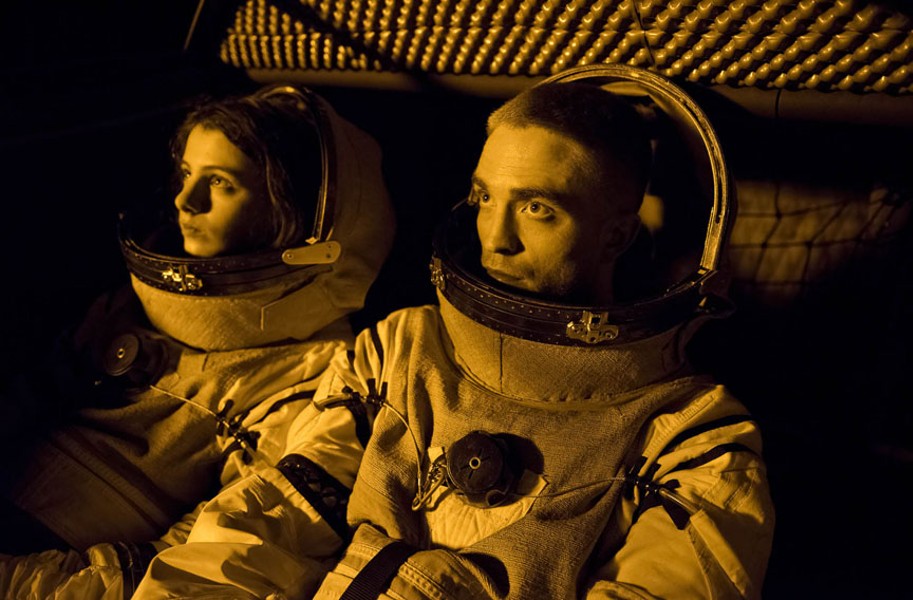 Claire Denis' "High Life" is so busy telegraphing its seriousness that it forgets to be a movie. It's all atmosphere, symbolism and chronological scrambling.

One can anticipate the term papers this film will inspire in college: "Milk and Menstrual Blood: Gender Roles in the 21st-Century Science-Fiction Film," "No One Can Hear You Scream in Space or Can They: Ennui in 'High Life'," or perhaps for Slate, "What 'High Life' Gets Wrong About Sexual Harassment in the Intergalactic Work Place."

Denis is a master of textures. She lingers on faces and bodies, studying what her characters' biological language reveals about them. These gestures often are wedded with loose plots, many of which spring from genre structures. Her "Trouble Every Day" is a violent body horror film with nontraditional vampires. "Bastards" is a noir staged with visceral physical and psychological ferocity. Last year's "Let the Sunshine In" is a sexy and truly modern not-quite-romance. In these films and others, Denis shakes the shackles of plot, wrapping us in spellbinding, docu-dramatic dreamscapes that echo the evocative randomness of everyday life.

"High Life" is the filmmaker's Denis-ification of a classic science-fiction narrative. Space travelers struggle to transcend their limitations to make contact with the divine. In the film's opening, we see Monte (Robert Pattinson) working on the roof of a small, scrappy space vessel that resembles a floating rented storage unit. In the vessel, a baby girl watches Monte on a monitor. These scenes are not without promise. Outer space was long ago rendered banal by the blockbuster monolith du jour, but Denis makes it weird again, emphasizing silence and unrelenting darkness. Startled by the baby's cries, Monte drops a tool, watching it fall into unmoored nothingness.

Monte descends into the vessel to check on the baby, and it becomes evident that he and the child are the only people left on the ship. This vessel is a triumph of set design, with a beat-up working-class quality that recalls the trucker spaceship of Ridley Scott's "Alien." Potential transcendence is evident in a greenhouse garden, which is rich in colors and mood fog, suggesting a celestial playground. For a while, Denis, a supreme stylist, gives viewers quite a bit to see and hear, building our anticipation.

Denis hasn't managed to answer the question of what we're supposed to be anticipating though, as "High Life" is a collection of ideas that go nowhere. She has never been one for conventional narrative, but her films generally have a formal, thematic rigor, as well as an intoxicating sense of spontaneity. "High Life" skips on plot, characters and even rudimentary transitory scenes, as its rigid aestheticism is governed by suffering and trance-out colors and forlorn music, with an occasional sexual assault for lurid spice that's passed off as thematic significance.

The film's plotlessness probably is intended as a testament to Denis's artistic credibility, but she falls prey to cliches anyway, which is most evident in Monte's endlessly expositional voice-over. In flashbacks, we learn that Monte is on a ship of convicts, sent to space to harvest the power of a black hole. This idea is the essence of pulp, suggesting a John Carpenter or even a Michael Bay film, though Denis takes herself far too seriously to mine it for suspense. The black hole is a symbol of … something. Death, hope, God, hot yoga, whatever.

The convicts of "High Life" are so interchangeable they'd shame Paul W.S. Anderson, the director of the disrespected and enjoyable "Solaris" and a "The Shining" rip-off "Event Horizon." For most of its running time, until the baby ages into a teenager and is played by the luminous Jessie Ross, exactly three characters register in "High Life" because they're played by famous people. In addition to Pattinson's Monte, there's André Benjamin's Tcherny and Juliette Binoche's Dibs.