by Laura Ingles and Nathalie Oates 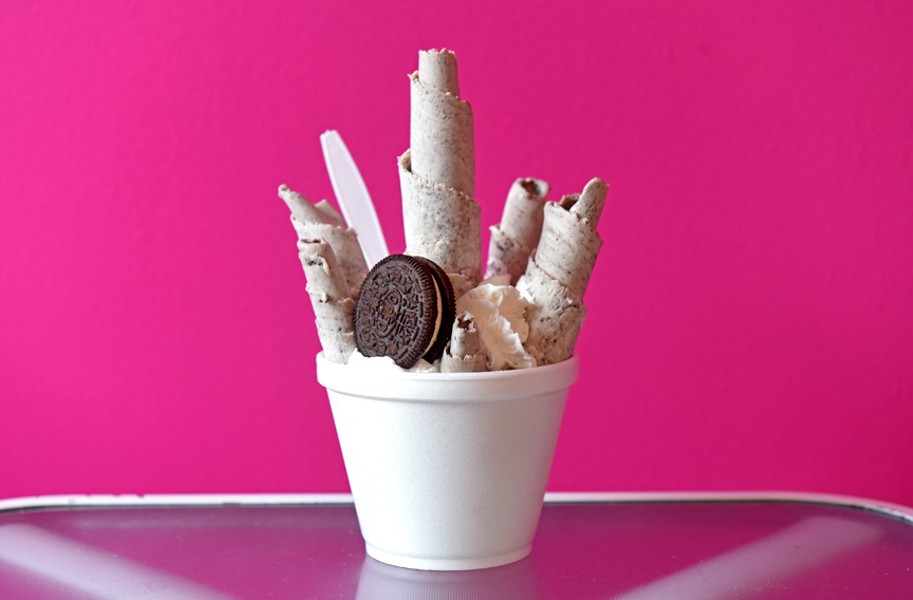 Made in Front of You: NarWhals Rolled Ice Cream

About 90 seconds before you dig your spoon into your cup of NarWhals ice cream, it's still in liquid form. It doesn't get much fresher than that. You get to see the process from start to finish: Pick your base and your mix-ins, then watch while they're poured onto a slab that's chilled to negative 25 degrees. Once it's all mixed, it gets spread into a thin layer and quickly rolled into neat little tubes of ice cream.

The menu offers 11 mix-ins, and more options will soon be available for the summer, Henriquez says: "You get to create your own ice cream and the combinations are endless." 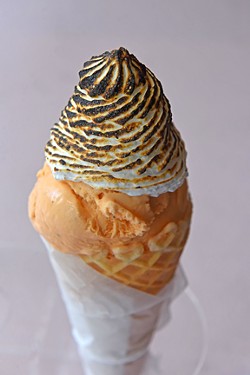 This place has character.

"I'm cheeky by nature," says Alex Zavaleta, who co-owns Charm School Social Club with Meryl Hillerson. "Neither Meryl nor I are your ordinary ice-cream shop owners."

There's no extra charge for cones, which are vegan and made from scratch in front of customers. Flavors are seasonal and based on ingredient availability, so avocado and strawberry are recent summer additions to the menu board that says "today's lessons."

Zavaleta notes that the "amount of sprinkles we have bought and tasted is kind of ridiculous," and there's no shortage of toppings available.

Among traditional sauces made in-house, like hot fudge and salted caramel, Hillerson's toasted marshmallow topping is the standout. No white jet-puffed goo from a jar, this thick Italian meringue is piped in a swirl atop a scoop of ice cream and blow-torched to a light charcoal exterior. And yes, it smells — and tastes — just like a campfire. 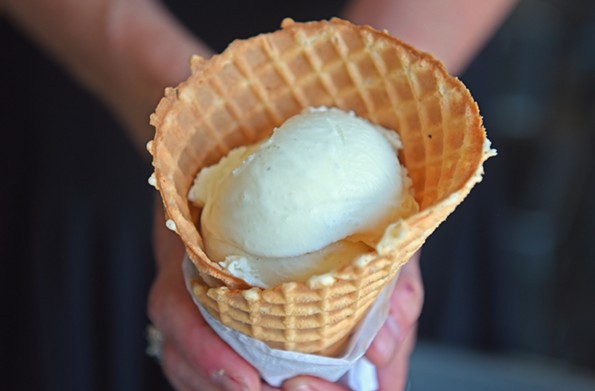 During a weeknight visit to the Scott's Addition location, Gelati Celesti is bustling. Not a surprise. But unlike a lot of ice-cream spots, there are no children in sight. Maybe it's because the shop has inadvertently cornered the market on adult-approved flavors.

Tonight's chalkboard specials include baklava (a buttery vanilla base with flakes of phyllo dough, honey and crushed walnuts churned in), and 72, a chocolate ice cream that's made with 72 percent cacao and thus isn't overtly sweet. There's also lavender, a floral and fragrant treat that Steve Rosser says has developed a niche following.

But it's Gelati's newest concoction, date night, that takes the cake cone. Every year the four stores compete in a flavor-invention contest of sorts judged by volunteers — this year more than a thousand people applied.

Developed by the original West Broad Street store, Date Night won by a landslide. The base is the shop's signature amaretto ice cream, which is rich on its own, with an added ripple of fudge, chocolate chunks and cherry pieces. There's a lot going on, but the combination is as delightful and fun as a good date night. 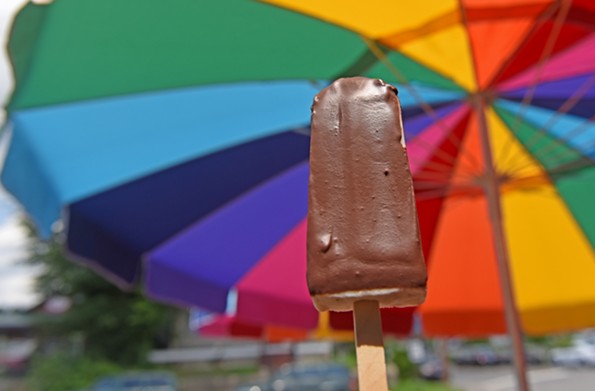 Sundae on a Stick: King of Pops

King of Pops has been slinging frozen treats on sticks since its first cart showed up in 2012, and that rainbow umbrella has become ubiquitous at outdoor events and street corners.

Catching a pineapple habanero while perusing the South of the James Farmers Market is a happy coincidence, and slurping on a chocolate sea salt at a festival is a lovely way to spend a Saturday. But to really max out the experience, head straight to the source: King of Pops HQ, a small brick building with a modest patio at Altamont Avenue and West Clay Street in Scott's Addition.

Posted next to the walk-up window you'll find a chalkboard listing a dozen flavors, and, more importantly, toppings that kick the traditional frozen treat up to a full-on sundae on a stick.

Start with the coveted cookies 'n' cream ($3). Enveloped in a milky vanilla ice pop, an oatmeal cookie is frozen in the center, ensuring a classic cookies-and-milk experience in every bite. Then add the chocolate dip, a decedent fudge sauce that coats the entire pop. Top it all off with sprinkles or peanuts, because why not? 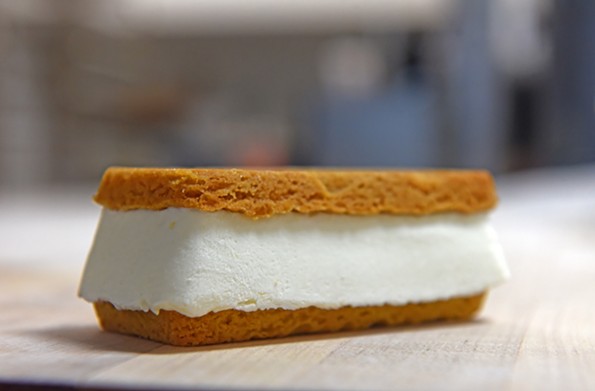 A pairing doesn't get much better than cookies and ice cream.

Husband-and-wife duo Xavier Meers and Hannah Pollack, owners of Nightingale Ice Cream Sandwiches, have that combination down to an art. They've created an ice cream sandwich recipe that's reminiscent of the childhood classic, leaving the cookies soft enough to bite through and firm enough to hold the whole thing together.

This summer, keep an eye out for a returning favorite: Key lime pie. The homemade lime ice cream is refreshing and just tart enough, and the brown sugar cookies have enough sweetness and crumble to stand in as a pie crust. You can find the sandwiches at breweries and cideries across town, plus in such shops as Union Market, Little House Green Grocery and Kohlmann's Grocery. 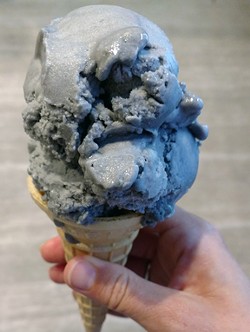 A Treat for the Morning After: North End Market

When searching for a hangover cure, ice cream may not be the first thing that comes to mind. But the folks at North End Market, right beside North End Juice Co. in the Museum District, are churning up a vegan-friendly concoction that they say could help soak up some of those toxins after a hard night out.

Considered a "superfood and adaptogenic ice cream," the charcoal-lemonade sorbet tastes a lot better than it looks, given its ashy gray color. It's just about as smooth as any other sorbet, and the sweet-tart balance of the lemonade masks the flavor of the activated charcoal — a fine black powder that's safe to consume, not to be confused with the briquettes you use for grilling.

North End Market staff describe activated charcoal as a supplement that can soothe a migraine, settle an upset stomach and whiten a mouthful of teeth. We wouldn't recommend brushing your teeth with this sorbet, but go ahead and order a scoop in the charcoal-turmeric waffle cone.