Gov. McAuliffe's inaugural offers a snapshot of who’s in, who’s out and who’s hanging on in Virginia politics. 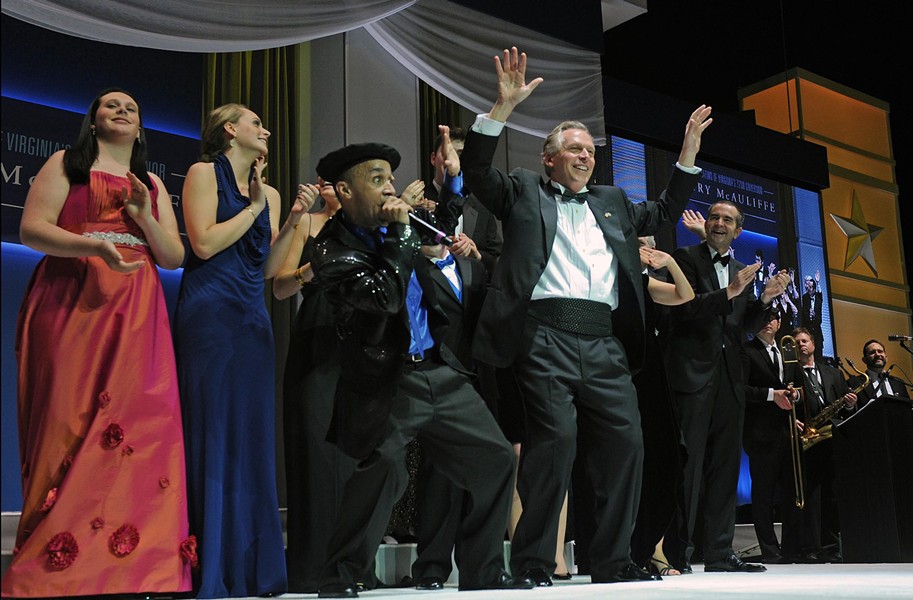 Scott Elmquist Gov. Terry McAuliffe, family and friends celebrate with the lead singer of the Tams at the Inaugural Ball on Jan. 11 at the Siegel Center.

(Find more photos from the McAuliffe Inauguration on the Style Weekly Facebook page.)

Richmond has NASCAR, the State Fair and Virginia Commonwealth University basketball's Havoc, but the capital's best pageant is the quadrennial gubernatorial inauguration — a snapshot of political standing. The scene took shape Saturday with the inauguration of Gov. Terry McAuliffe.

Among the first to settle into a choice seat across from the inaugural platform is Sergei Troubetzkoy from Bedford. "I've been to every inauguration since 1962," he says, smiling broadly despite the soaking rain and drizzle. "That was Albertis Harrison."

On the opposite side of the Capitol, the inaugural motorcade of some 20 vehicles makes its way from the Jefferson Hotel, threading through the Executive Mansion grounds and around the monument of Washington to stop at the Capitol's back door. A bareheaded McAuliffe is the first to get out. He darts into the building, family following. Former President Bill Clinton, under a Jefferson Hotel umbrella, and former U.S. Sen. and Secretary of State Hillary Clinton soon follow, under considerably more security.

Inside, McAuliffe joins eight of his nine living predecessors — Gov. Linwood Holton, 90, forgoes the ceremonies — for a group photo of Virginia's most exclusive fraternity.

Platform invitees wait till the last minute to take their rain-soaked seats. Hillary Clinton slips into her choice platform seat mostly unnoticed. Minutes later, her husband appears at the top of the blue-carpeted steps to erupting cheers. The couple is neither introduced nor acknowledged officially during the ceremony. 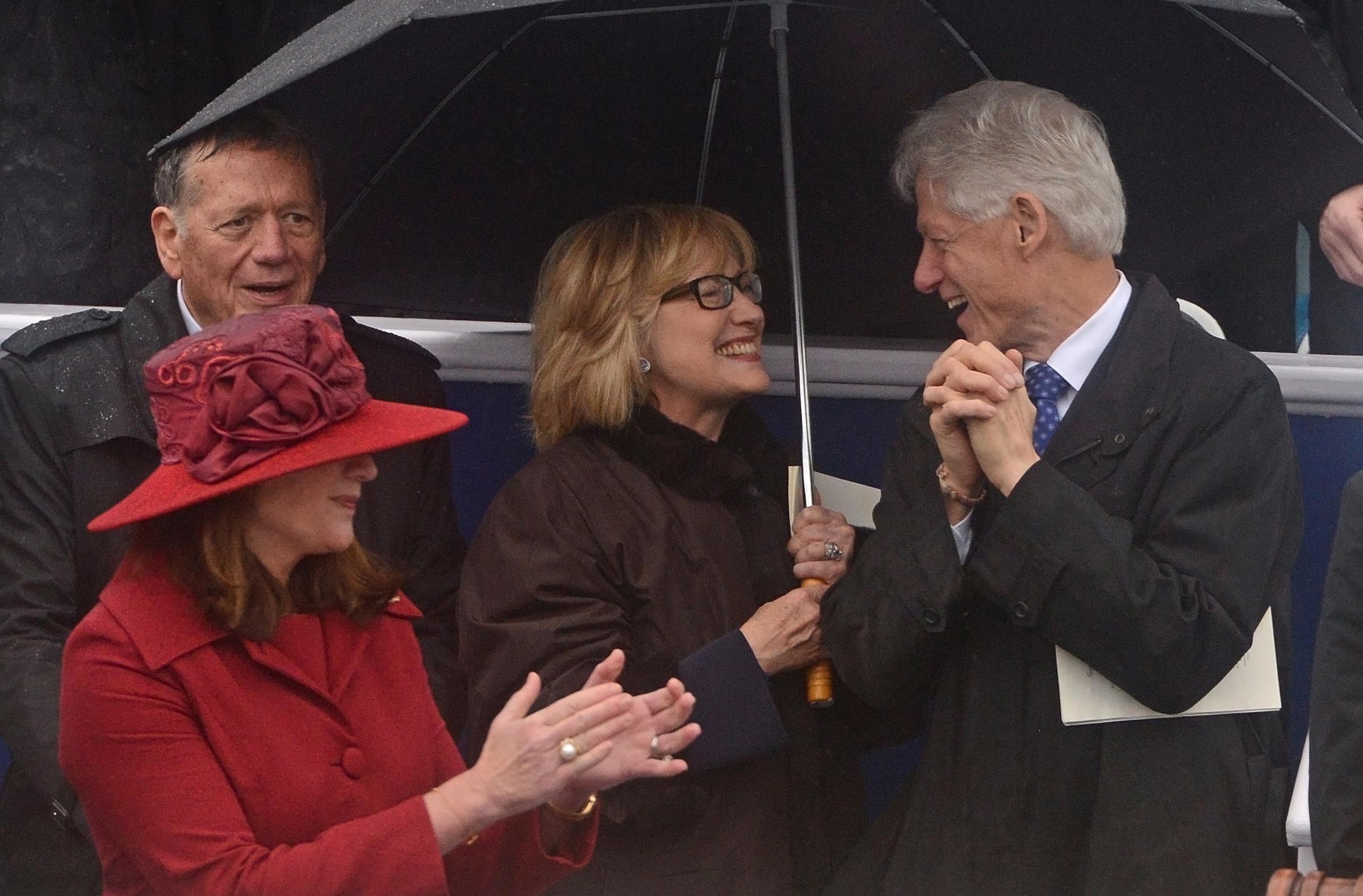 When incoming Lt. Gov. Ralph Northam and his wife, Pam, are announced, there are some gasps. Striking in a tall brown hat and chocolate- and mocha-colored ensemble, she leaves no question of who will set the fashion bar for the new administration. The previous night she'd been resplendent in a red gown at a Jefferson Hotel ball, and later at the inaugural ball she is elegant in a long black velvet dress.

Because inaugurals are highly choreographed, little things stand out. While McAuliffe takes his oath, outgoing Gov. Bob McDonnell exchanges a big kiss on the lips with his wife, Maureen, as if to signal: "It is his job now."

Moments later, while booming howitzers rattle Capitol Square windowpanes in a 19-gun salute, the McDonnells take their cue and exit the ceremonies. They walk up the steps largely unnoticed, except by Anne Holton, secretary of education-designee and a former Virginia first lady. She slides past her husband, U.S. Sen. Tim Kaine, steps over U.S. Rep. Bobby Scott and his guest, and leans into the aisle to embrace Maureen McDonnell. Apparently there is a tight sorority among former first ladies.

The more senior and junior guests seem to most enjoy the goings-on. Bill Clinton smiles broadly throughout the ceremony for his good friend, McAuliffe, and mouths the words while performers sing "God Bless America" and "The Star-Spangled Banner." Peter McAuliffe, 11, the youngest member of the new first family, is wide-eyed and taking in every last detail — from the Native American cleansing ceremony in Capitol Square to the instruments played by the high-stepping band members that pass. And when the Virginia tourism unit saunters by to toss bright red "Virginia Is for Lovers" baseball caps into the reviewing stand, Peter is the first to pop one on his head.