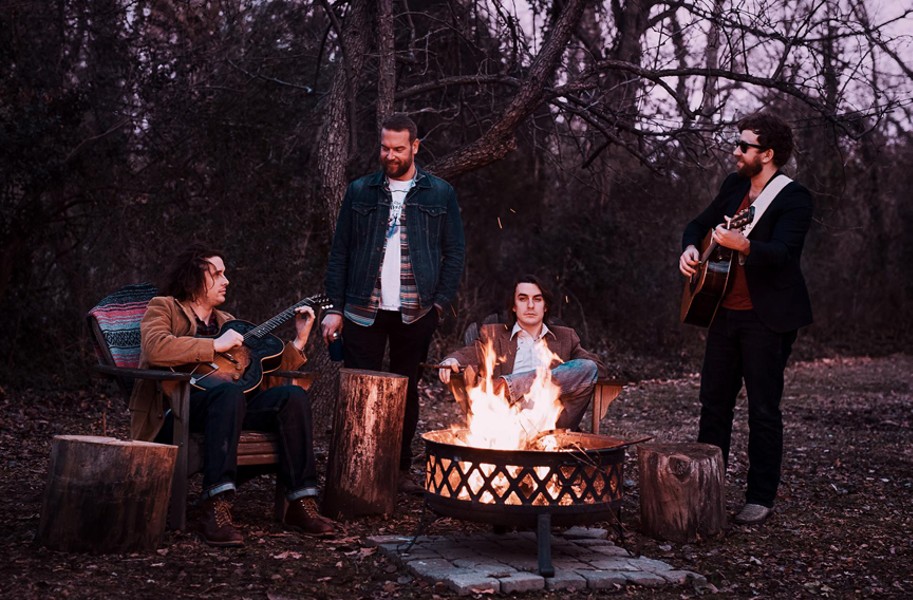 Sometimes Mom really does know best, at least when it comes to music.

Justin Paciocco first began taking piano lessons when he was 8 years old and continued right up until loftier pursuits — OK, sports and girls — began distracting him from the daily ritual of practicing. By then he was starting high school and wanted to quit. But mom had other ideas, telling him that as long as he lived in her house, he'd be taking music lessons, so they continued until he made the transition to college.

His love of music led to forming Farm Vegas, a Richmond jam band, he self-effacingly refers to as a "good time band" because the songs and the music were often secondary to the party. By the time Farm Vegas called it quits in 2012 after years of playing colleges and clubs up and down the East Coast, Paciocco had been playing piano for more than two decades, was feeling short on inspiration and burned out on music. For several years, he steered clear of playing completely.

But the music gods weren't through with him yet. After his brother forgot his acoustic guitar at Paciocco's house one day, he began playing around on it, teaching himself chords. "Right away, I could feel my passion for music coming back to me," he recalls. "Of course, once I learned three chords, the songwriter in me took over and I immediately started writing songs."

Despite barely being able to play guitar, within a few months, he'd written close to 20 songs. "The thing I've found most helpful is to try to write every day if possible. It›s a craft you have to work on and sometimes you need to explore, write and then forget about the 10 bad song ideas so you can get to that 11th idea that's the real gem."

By then in his 30s, Paciocco realized his perspective had matured and that, for the first time, he had something to say musically. He says his newfound confidence in his musical voice allowed him to write songs that stood on their own, were a lot more genuine and didn›t have to hide behind five-minute guitar solos. "I recently heard the phrase 'backyard barbecue breakup music' and I think that description kind of nails it," he says.

With nearly two dozen songs, he went looking for band members and didn't have to look far. Dubbing the band Villages — as in it takes a village — he saw the group as him and whatever configuration of musicians he could track down on a given day for any given show. Instead, the band quickly solidified into a pretty consistent lineup of Stephen Lecky from Farm Vegas on drums, Zachary Hudgins of Red Light Rodeo on bass, Corey Wells from the Shack Band on guitar and Stephen Kuester of Jackass Flats on pedal steel. James Lloyd Hodges from Avers no longer plays live with the band, but he helped get it off the ground early on and plays guitar on the album.

For Lecky, a drummer since he was 13 years old and discovered his uncle's old 1960s Ludwig drum kit stored in the family attic, signing on with Paciocco's new band and a slew of good songs was a no-brainer.

"What's great about Justin's songs are they get back to the basics of songwriting," he says. "Since he's relatively new to songwriting on guitar, his songs aren't all that difficult or complex structurally, but rather very well written and instantly memorable. He writes a great hook."

The album, "Villages," was recorded with Zach Fichter and Jeremy Simmons at the Broadberry and Elephant Ear Studios. Part Americana, part neo-'70s folk rock, the band draws inspiration from classic artists such as the Flying Burrito Brothers and Bob Dylan as well as more modern groups Wilco and Futurebirds. With lyrics about a communication breakdown in the context of a relationship, the first single, "Everything is Fine" boasts a timeless, easy, twangy sound as rooted in the past as in the present.

"It's like I had all of this music inside of me that had sat dormant for years and picking up a new instrument is what ultimately helped bring those songs out of my head and into the world," Paciocco says. As for how unfair his mom's insistence on lessons once seemed, he's now grateful that she made him stick with it.

"Playing music is a pastime I'll get enjoyment from the rest of my life. I get too much personal enjoyment out of it to stop," he says. "But who knows, maybe down the road, I'll get burned out again and take another break and then learn a new instrument. Then you'll be hearing about the new xylophone band I've started." S