Friends Search for Dog in Memory of Friend

Bogart may be the most wanted dog in town. 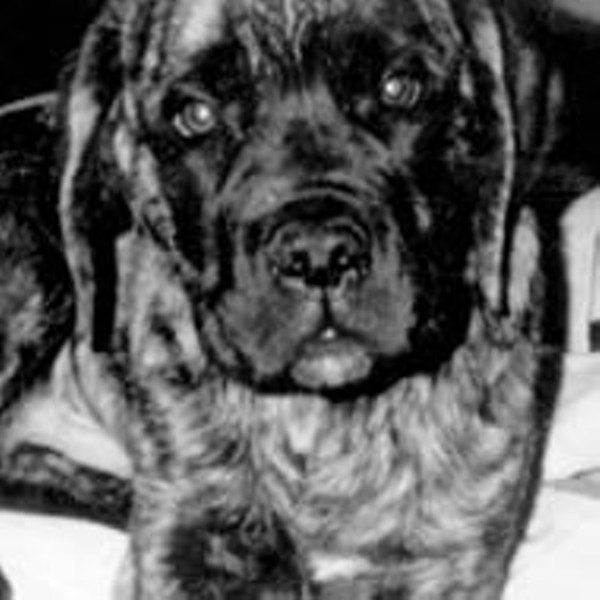 Four months ago, Smith gave DuBois the dog for his birthday. It was then an 8-week-old puppy, Smith says, a "big baby" named Bogart, after Humphrey.

On March 5, someone shot and killed DuBois at 10 p.m. in the kitchen of the Leigh Street apartment where he lived alone. A police spokeswoman says drug paraphernalia lying nearby led police to believe the killing was drug-related. Several witnesses reported seeing one or more people leaving the apartment, she says, but police have made no arrests thus far.

The murder wasn't about drugs, Smith says. Police found a large bag of marijuana in the closet at the apartment, he says — but the fact that it had been left there, along with everything else of value except the mastiff, suggests to him a different story. "I think they came there for [the drugs] and they didn't plan on killing Charles," he says.

DuBois was found with a gun in his hand, Smith says, and had been shot four times in the stomach. "I don't know what happened there that day," he says. His guess is, "They pretty much killed him over nothing."

He still harbors hope that Bogart is alive. The tiny blue-eyed puppy he gave DuBois would now stand about three-and-a-half-feet tall and weigh probably 170 pounds.

The detective investigating the case says there was no sign of the dog, which wore a black collar and tags, in the apartment when he arrived. He did recall the landlord mentioning that DuBois had gotten rid of the dog the week before, the police spokeswoman says.

Smith says that's DuBois wouldn't have given Bogart up. But "anybody that saw the dog would definitely have scooped him up," he says. A purebred mastiff can easily sell for more than $1,000.

He's gotten a few calls from people who have seen a dog fitting the description in Jackson Ward, so Smith keeps his eyes open when he's in the neighborhood. He'll walk up to anyone he sees with a mastiff, he says, just to be sure. — Melissa Scott