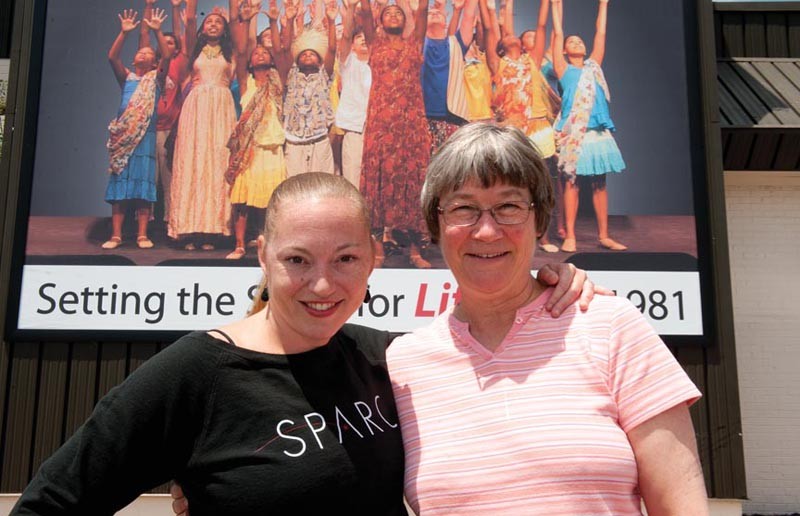 In hindsight it seems obvious. For nearly a decade, two local programs that celebrate playwrights and playwriting have operated in parallel. The Firehouse Theatre Project has held its Festival of New Plays for nine years, soliciting hundreds of scripts from emerging playwrights and choosing two of their plays to stage during a weekend in January.

Meanwhile, the School for Performing Arts in the Richmond Community, known as SPARC, has offered its New Voices for the Theater program for 22 years, inviting eight young playwrights to come to Richmond for two weeks in July to polish their work.

The projects have their differences. The school’s New Voices is an educational program specifically aimed at high-school students, while the Firehouse festival features the work of adults. But Firehouse’s artistic director, Carol Piersol, saw an opportunity in that difference.

“I try to attend the staging of the SPARC performances every year,” Piersol says, “and I started to think how valuable it would be for these young playwrights to see the new plays that we are promoting [at the Firehouse] — to see that there is something beyond New Voices.”

Piersol called Laine Satterfield, who has managed the school’s program for two years. Satterfield immediately saw the benefit for the students that she’d bring to Richmond. “It’s a natural fit,” she says. “These kids are from all over the state and this partnership adds another level of depth to their experience. They’ll see the adult plays performed just days before their own plays are staged.” Audience members who attend both of the Firehouse’s new plays get to vote on which should be declared the best of the festival, so the eight students will participate in that process. But more importantly they’ll be able to visualize how one of their plays might make its way to a professional stage.

Piersol was so intent on making the collaboration happen that she moved her festival, which usually happens in January, to accommodate the school’s schedule. While the benefits for the students are clear, it’s more difficult to see what the Firehouse gets from the arrangement. Piersol says it helps keep theater young and vibrant. “I love getting a younger audience into the theater,” she says. “We’ll have talk backs every night so we can get their viewpoint. I think that’s exciting.” She relates a story about a visiting manager who told her years ago that attracting younger audiences was a lost cause. But Piersol hasn’t accepted defeat. “The key is to get them involved in theater when they are younger,” she says. “We have a lot of younger kids coming to our shows.”

For the New Voices playwrights, attending the Firehouse shows will be only one aspect of a comprehensive program that starts with working with a playwright-in-residence to shape the play they’ve written. After his or her text has been refined, each playwright is assigned a professional director, a stage manager and a cast gleaned from some of the area’s best actors. “The kids are very well supported,” Satterfield says. “I’m sure the whole thing is a bit overwhelming, but then they get these actors who come in and speak their words. They’re terribly nervous but they get to see their play come alive, which is incredibly uplifting.”

Thanks to the collaboration, audiences will have the opportunity to see 10 new plays during the course of two weekends. With subjects as varied as a deconstructed fairy tale, a murder mystery and play about the mortgage crisis, the work will be original and surprising — and there will be, as Piersol says, “a chance to see the world through different eyes.”