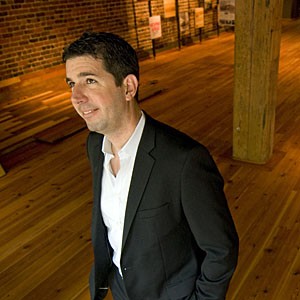 A hearing on the pending case against developer Justin French has been continued to Jan. 25.

French, dressed in a grey suit, was also granted permission during the brief hearing to leave Virginia to visit family in Florida for the Thanksgiving and Christmas holidays. He is currently out on bail.

It was just the second time the embattled developer has appeared in court since a sweeping raid of his Shockoe Slip offices Aug. 5. Multiple agencies participated in the raid, which lasted seven hours: the Federal Bureau of Investigation, the Internal Revenue Service and the Virginia State Police, among others.

On Aug. 13, French was arrested in the early morning hours by Virginia State Police at Richmond International Airport.

To date, no additional state or federal charges have been filed against French. Several of his development projects have been under review by the state Department of Historic Resources for possible abuse of state and federal historic tax credits.