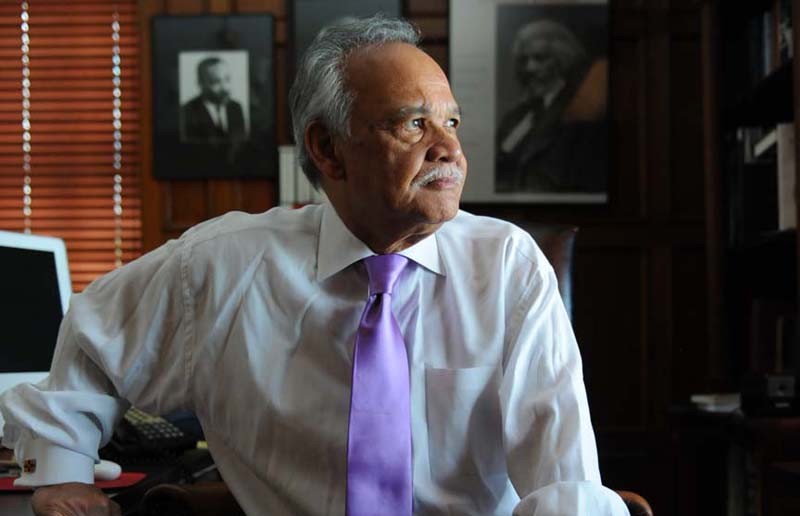 Raymond H. Boone is not a man who backs down. Even if it takes 10 years to get what he wants.

That’s how long the irascible Richmond Free Press publisher and editor has dogged the Virginia Supreme Court for denying his photographers access to court ceremonies.

Last week, Boone got satisfaction. He met with Chief Justice Cynthia D. Kinser, who said she would consider creating a different system to allow a rotating cadre of photographers. “We’ve taken a significant step forward in terms of ridding the state judiciary of unfairness and injustices,” Boone says.

Typically — due to space limitations, the court had said — only a Richmond Times-Dispatch photographer has been permitted to cover justices’ investitures. Photos are then shared with other publications. But this policy, Boone says, discriminates against black-owned newspapers like his, “promotes monopoly journalism” and “eradicates competitiveness.” Not to mention the Times-Dispatch’s photography’s not as good, in his opinion: “We just cannot be subordinated to that low-quality level.”

Access to the Supreme Court has been a perennial challenge for media photographers, says Ginger Stanley, executive director of the Virginia Press Association.

“The whole issue raises a larger question, I think,” Stanley says: the question of public access to the highest court in the commonwealth. Years ago, Stanley says, she met with then-Chief Justice Leroy R. Hassell Sr. to talk about it. His concern, Stanley says, was that allowing the public to see the interior of the Supreme Court chambers might jeopardize security.

Boone says Hassell deliberately struck the Free Press from the access list for his own investiture in 2002. The next investiture of a Supreme Court justice, Cleo E. Powell, is scheduled for October 21; Powell is the first black woman to sit on the bench.

Boone has also railed against the court’s use of “he” and “him” in its job postings, instead of gender-neutral terms.

For more than two years, the Free Press ran the same “Question of the week” every single week, in a small box on its editorial page. The question: When would Hassell “stop embarrassing himself and the Commonwealth by allowing sexist references to remain on the Supreme Court website?”