A former death row inmate is freed after four decades and starts lecturing at local universities. 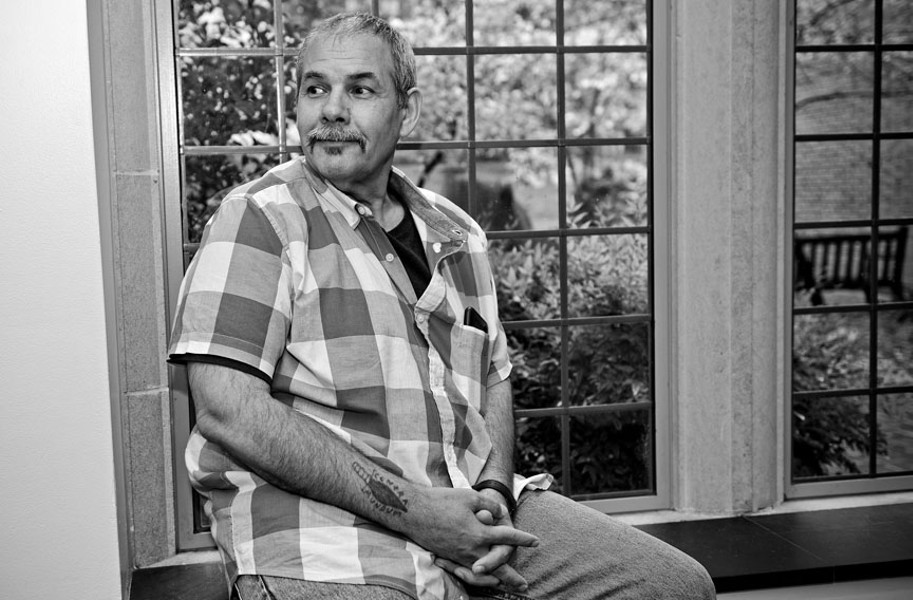 When he describes how he spent his last 40 years, Joe Giarratano softly starts to break down. The 61-year-old former death row convict catches himself and continues his narrative at the sprawling Hanover County home of retired Troutman Sanders law partner Steve Northup and his wife, Wendy.

Now a prison-rights activist released Nov. 21, Giarratano tells an incredible story of survival, a badly broken corrections system and redemption through meditation and study. His backdrop is Virginia's brutal, law-and-order system, which has seen 113 executions since 1976 — the second highest in the nation behind Texas.

Born to a Bronx family involved with drug rings and organized crime, Giarratano started shooting Demerol when he was 11 under the watchful eye of his junkie mother, he says.

An addict and drifter, he worked as a scallop fisherman in the Norfolk area. On Feb. 4, 1979, he passed out highly intoxicated onto a sofa in an apartment he shared with a woman and her 15-year-old daughter. He awoke to find both women stabbed to death, he says. The girl had been raped. Terrorized, he says, he fled to Florida before turning himself over to a policeman during a drug-induced stupor.

At a half-day-long murder trial with an inexperienced defense lawyer, Giarratano was sentenced to death by electrocution at the old Spring Street prison in downtown Richmond. "I had five execution dates but only three of them were serious," he says.

Prison weaned him of street drugs but introduced him to another: Thorazine, which he says prison doctors gave him regularly to make him docile. Eventually, he dropped the drug, setting the stage for a renewal. Defense lawyers and journalists noticed his case. They brought him books about law and philosophy.

Notable advocates include the late Marie Dean, the Angel of Death Row, who worked with many prisoners scheduled for electrocution, the late Bishop Walter Sullivan, the Catholic Diocese of Richmond's foe of capital punishment, and Colman McCarthy, a former Washington Post columnist who now teaches peace studies at American University. A slew of pro bono lawyers, including Northup, helped with legal strategy.

By studying legal tracts, Giarratano eventually became adept enough to become, quite literally, a jailhouse lawyer. Working with lawyers, he began building a case for his innocence. His confessions had been coerced. The murderer stabbed the victims with his right hand, but he is left handed. A bloody shoe sole imprint didn't match his. Rape and fingerprint evidence didn't match.

Armed with such new facts and helped by national publicity, Giarratano convinced then-Gov. L. Douglas Wilder to commute his death sentence only days before an execution. Yet Wilder did not pardon him, apparently having doubts about the confessions. He did make him eligible for parole 25 years after his sentencing.

Giarratano had turned his legal expertise to writing an article in the Yale Review and an opinion piece in The Los Angeles Times. He also helped build a case for exoneration for Earl Washington Jr., an illiterate inmate given the death sentence for murder. Washington eventually was pardoned and released when new DNA evidence cleared him.

"None surpassed Joe Giarratano in his ingenuity and persistence" in helping free Washington, says Richmond author and veteran journalist Margaret Edds, who wrote the 2003 book, "An Expendable Man: the Near Execution of Earl Washington Jr."

Giarratano also applied his newfound expertise to creating a course for prisoners on peace studies, including readings by Mohandus Gandhi, Martin Luther King Jr. and Dorothy Day. The class was so successful that violence in prison abated and there was a waiting list to get in. The course was replicated by other prison systems in 20 states, Giarratano says.

He had mixed relations with various wardens and corrections bureaucrats, he says, and was put in solitary confinement and chained from time to time. But at other times he was allowed to pursue his studies, at one point creating a nonprofit organization to teach peace.

Some of the biggest push back came in 1994 when George Allen, a staunch law and order Republican, took office as governor. His campaign promise was to end parole.

That meant an end to Giarratano's courses. But he didn't roll over. He fought back by noting that the courses were nonprofit organizations. He says he soon found himself being transferred to a prison in Utah, which had an agreement with Virginia to house inmates. Giarratano also served part of his sentence in Illinois and several other Virginia jails.

He also lost his right leg to deep-vein thrombosis because of his treatment in prison. He recalls the confusion of officials at Red Onion trying to get treatment. There was a problem with an ambulance; then with a helicopter to take him to Virginia Commonwealth University Health Center. He ended with a seven and a half hour drive to Richmond, where he lost his leg in surgery.

"You know you were supposed to die en route," Giarratano says a guard told him.

Finally, Giarratano was released from prison Nov. 21 in Southampton County. In one last slap, the warden disputed whether he could wear civilian clothes on his way out.

Since then, he's been doing things for the first time. He got a checking account. He moves into a Charlottesville apartment May 7. He's lectured at the University of Virginia, American University and the University of Richmond School of Law.

And he's working 25 hours a week for $25 an hour researching 500 cases of possible wrongful convictions at the Innocence Project at U.Va.

"I'm maybe 80 cases into this," he says. He believes there are plenty of inmates who are innocent. "You figure that maybe 1 percent of the 2.5 million inmates are innocent? Do the math."

Having faced the electric chair five times and prison for 40 years, he says, "Death can be the cruelest, but the most compassionate, outcome."

Not that he's unhappy to be free. "It's like walking on air," he says. S