In an effort to spur development, the city will forgo $22 million in uncollected tax revenue this year. Is it time to scale back? 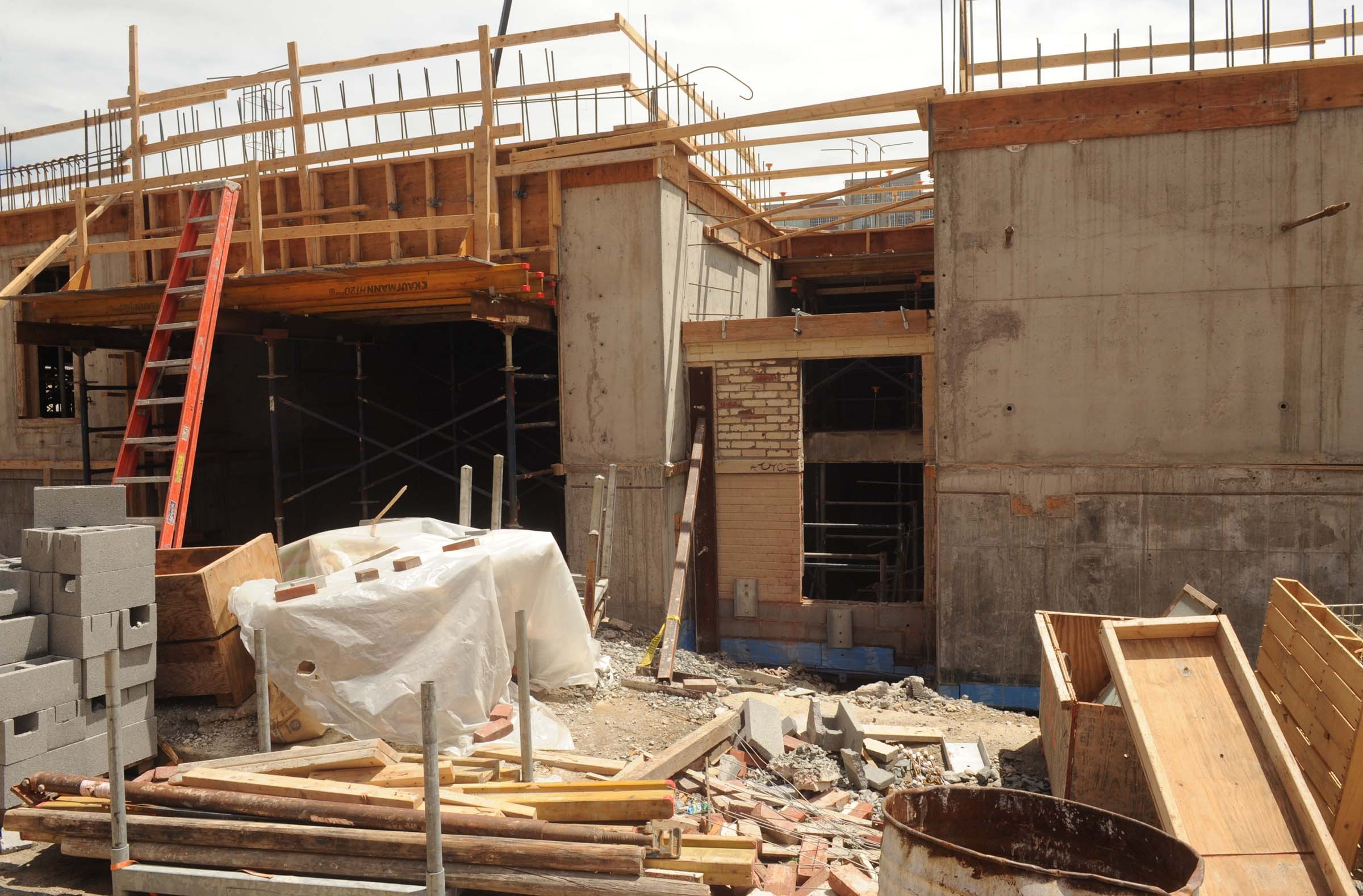 The 11-by-20-foot brick building long ago outlived its usefulness pumping oil at 18th and Cary streets. But it’s a gold mine to developer H. Louis Salomonsky.

His new $24 million apartment complex in Shockoe Bottom wouldn’t have been possible without it, he says. So he moved the old pump house 262 feet, at a cost of $50,000, and built it into the foundation of his new building.

It serves no architectural purpose, and it’s barely visible on the southwestern end of the complex. Three of the four walls have been removed.

It is, however, a money machine. Incorporating the tiny brick box into the overall project — 131 apartments and an accompanying 274-space parking deck — qualifies the development for 10 years of city tax exemptions. At the current tax rate of $1.20 per $100 of assessed value, that little building will save Salomonsky more than $280,000 in each of the first seven years, and then partial exemptions in the remaining three years.

All told, the tax breaks are worth about $2.44 million.

“It’s going to be a very first-class project,” Salomonsky says. “If we didn’t own the land free and clear, plus the abatement, we couldn’t have done the project. We would have left it an empty lot.”

Increasingly, though, it’s the city’s tax rolls that are looking vacant. The tax abatement for rehabilitated real estate program started in 1979 as an incentive for homeowners to fix up run-down buildings in blighted neighborhoods. It encourages development by locking in the tax assessment on existing properties prior to reconstruction. Originally, the program allowed for tax exemptions on renovated properties — the additions could be no more than 15 percent of an existing structure’s square footage. But that requirement was dropped in 1995, along with others.

It came at a steep cost. More than $1.8 billion in real estate is exempted through the program this year, representing $22 million in uncollected tax revenue. Some observers say it’s all become little more than a welfare program for developers.

“I think it’s a needed program because it’s obviously encouraging the rehabilitation of old buildings,” City Assessor James Hester says. But when a few feet of an old facade built into the side of a massive, $24 million apartment complex qualifies as rehabilitating an old building, he says, something’s not quite right.

“It’s a question of when do you cross over from being an incentive program to a giveaway program,” Hester says. So has that happened? He responds matter-of-factly: “Oh yeah, we crossed over a long time ago.”

Ed Olsen, professor of economics and public policy at the University of Virginia, concurs. After a brief review of the numbers and seeing a presentation Hester provided to City Council in 2011, Olsen says there’s no question the tax incentive program should be scaled back, if not scrapped.

“This thing has really grown into a monstrosity,” Olsen says, recommending that City Council eliminate the current ordinance and start over. “I don’t think there is any way to justify this.”

Think of the schools and roads you could build, the teachers and police officers you could hire with $22 million. And that doesn’t even begin to address the other major problem that can come from over-aggressive government incentives: overbuilding.

“There’s a couple of dangers,” says Doug Noonan, director of research at Indiana University’s Public Policy Institute. “It does just straightforward distort the market. You get these wacky developments that wouldn’t be developed otherwise.”

Government-induced building can lead to overload. While the city may not have a glut of multifamily housing now, what happens when tax abatements wear off? Those apartment complexes that must pay the full tax rate likely will pass the costs along to apartment dwellers, who may decide to move elsewhere (probably to the newer, tax-free project down the street).

Some people say that’s not such a bad thing. In the last U.S. Census, Richmond’s population eclipsed the 200,000 mark for the first time in more than 20 years. The most recent count, in 2011, has the city at 205,533. That growth may not have happened without the generous tax incentives spurring thousands of new apartments and condominiums since the late 1990s.

“The jobs created, plus the immediate improvement in the appearance of the neighborhood — that’s certainly something that we don’t want to slow down,” says City Councilman Chris Hilbert, who notes that most of the new apartment complexes have been opening close to fully leased. “The critical mass that multifamily housing provides is an engine that we absolutely cannot stop.”

While Hilbert says he’s all for revisiting the program at some point, now isn’t the time. The increasing population creates other tax-generating opportunities, he says, such as retail shopping centers that wouldn’t have been possible years ago.

Others aren’t as convinced.

“I’m not sure stopping abatement tomorrow would be healthy for the city as a whole,” says Brent C. Smith, an associate professor of real estate and finance at Virginia Commonwealth University. “There is still a place for programs that stimulate development. But clearly the program is in need of tweaking.”

Indeed, for developers who decry that any changes to the real estate rehabilitation program would discourage new building, see the most recent tweak. In 2006, City Council reduced the length of tax abatements through the program from 15 years to 10 years. It did little to slow down building, Hester says.

“We’ve got a little bit of a problem,” says City Councilman Parker Agelasto, who says he plans to initiate an informal task force to delve into the issue. “We’ve got a lot of loopholes, and more loopholes than what most jurisdictions have.”

And developers are getting smarter. Some recently have started inquiring about the legality of moving buildings, a la Salomonsky. It turns out that the city code doesn’t require the building that’s rehabilitated to be an existing structure. In other words, a developer could ship in a 20-year-old shed from just about anywhere, drop it on the site, and start constructing a new, tax-free apartment complex tomorrow.

Deputy Assessor Richard Woodson, who oversees the rehabilitation program for the city, says he’s heard developers say it more than once. It’s completely legal to not only move the building, but also destroy 90 percent of the building as soon as the tax credit application has been approved by the assessor’s office.

“As soon as the application is filed, and we’ve seen it,” Woodson says developers know full well what they can do next: “Bulldoze it.”