Franco's Spinoff to Open in Bottom 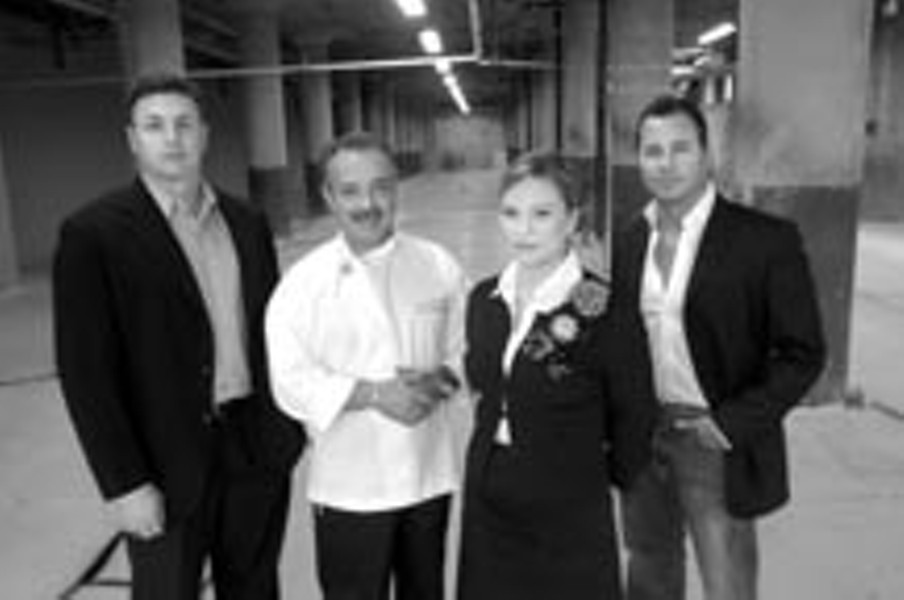 "When we walked in here we saw what we always wanted," says Paolo Randazzo, explaining that they had to create from scratch the atmosphere at Franco's, a popular restaurant in a strip mall on West Broad Street.

In contrast, the Sensi warehouse came with the ingredients for a great atmosphere: 14-foot ceilings, large windows that wrap around the corner and overlook the train tracks and the river, and massive cement pillars in parallel lines down the center of the room.

Cleveland-based Forest City Enterprises, developers of The River Lofts at Tobacco Row, contacted the Randazzos because they wanted a local restaurant to occupy the ground level of their third warehouse-turned-lofts building. The Randazzos have also bought a loft upstairs so they can see their two children more easily while working late hours.

Yoggy says the design will be sexy. He plans to add ultramodern elements to the industrial space. "Since the space is very hard, we've imposed on it various curves and switchbacks to soften it up," Spangler says.

"It's definitely going to be nothing like Richmond's seen before," Yoggy says. "There's really no fun, hip place to go. This is going to have a really groovy lounge/ bar area." His minimalist design, he says, will put the focus on the food.

Sicilian-born Paolo Randazzo says he's looking forward to trying out some more adventurous foods, ingredients and techniques at the Shockoe Bottom restaurant. He says his menu will incorporate elements of Northern and Southern Italian food, depending on the season — the creams and meats of the North in winter, and the fish and tomatoes of the South in the summer.

The couple came up with the name Sensi, which means "senses" in Italian, while on a trip to New York. "We want people to come in and feel all their senses," Rhonda Randazzo says, painting a picture of clinking glasses, oversized plates, quiet conversation and hip music, while the smell of the food tempts the nose, and the atmosphere mixes industrial touches with dramatic lighting and rich colors.

Construction is scheduled to begin Dec. 1, with a March opening. — Carrie Nieman