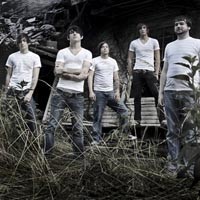 Much like Alien Ant Farm covered “Smooth Criminal,” (can you think of another band that found success solely on a cover song?) Nashville's Framing Hanley has found itself in the spotlight of mainstream success simply by singing someone else's songs. Yes, the pop outfit Hanley is riding the tattooed coattails of Lil' Wayne. Framing Hanley's take on Lil' Wayne's single “Lollipop” has pushed the band's debut, “The Moment,” along, kitsch value or no. It's a shame that Lil' Wayne's popularity overshadows the band's original material, though, which is filled with catchy power chord pop melodies and enthused vocals. See it emulate Lil' Wayne's swagger on Saturday, Jan. 17, at 8 p.m. at the Canal Club. $10-$12. 643-2582. — Alexander Chang