Four shows consider such things as furniture prosthetics, teaching in Japan and sponges. 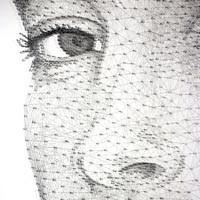 Canadian Gord Peteran bases the form and construction of his eccentric sculpture on conventional furniture, but because he prefers furniture's metaphorical possibilities over the functional ones, "Gord Peteran: Furniture Meets its Maker" is comprised of objects that never quite fulfill the requirements of those who need to sit. Peteran employs his considerable skill in fine wood and metal work to help viewers associate personal memory and body awareness with archetypal objects like tables and chairs. To compensate for a missing leg in "Study Station" he adds an elaborately crafted brass peg-leg/brace to a misshaped wooden chair. Peteran designs the complicated brass fitting to conceptually provide more than mechanical support -- it's like a fine-tuned instrument of bioengineering. With that gesture Peteran both personifies the chair and performs an act of mercy on its behalf. Humorous, poignant, and enigmatic, Peteran's unique realm combines fine craft and expressionism with conceptual underpinnings.

The five internationally known artists in "Familiar Faces," all of whom work with textiles, produce images of the human face in unexpected media. Devorah Sperber creates large interpretations of "Mona Lisa" and Picasso's portrait of Gertrude Stein with grids of hundreds of thread spools. Each interpretation works as a low-tech pixelation which visually synthesizes when the viewer looks at the image through a small acrylic orb (an elegant substitute for a video screen) installed in front of each grid. Sonja Clark, curator and chair of VCU's Craft and Material Studies Department, gathers objects that, like Sperber's optical puzzles, blaze technical trails while offering little to chew on in terms of content. Both Anderson Gallery exhibitions run through March 2 at the Anderson Gallery. 907 1/2 Franklin St. 828-1522.VMFA's Pauley Center

In "Ichi-o Ichi-e: Sister Cities, East and West: Photographs by Eric Norbom," black and white gelatin-silver prints of unremarkable high school scenes subtly compare the academic lives of students and teachers in Richmond and Japan during a 2003 cultural exchange. Norbom, following representatives from Clover Hill High School to Municipal Urawa High School in Richmond's sister city of Saitama, Japan, and later shooting their Japanese counterparts as they visited Clover Hill, captures scenes such as science teachers against backdrops of chalkboards and lab equipment, or groups of students in gym class. Void of graffiti and tattoos, his locations and faces project a sweetness, as if from another era. Paired East/West images of like-subjects create a quiet series of keen observation. "Ichi-o Ichi-e" ("This Singular Moment in Time") runs through March 16 at VMFA's Pauley Center. 200 N. Boulevard. 340-1400.

Baliles' ambitious watercolors visually dissect landscapes and interiors into mosaic-like patterns while preserving the likeness of her subject matter. Apparently influenced by Impressionist Maurice Prendergast, Baliles expertly manages her medium to avoid watery pools and color bleeding so common in watercolor. Her saturated paint vibrantly interprets form, shadow and light and, despite the detraction of horrendous framing, presents a fresh and exotic take on the artist's visual surroundings. Through March 31 at Ginger Levit Atelier. 1607 W. Main St. (above Red Door Gallery). 740-1471.

As a stand-alone installation, Hope Ginsburg's multi-sensory transformation of VCU's raw exhibition space at Plant Zero into "Spongespace" may not sustain a viewer's interest for long. A large mural by Leah Beeferman and sound by Stephen Vitiello announce that something is up, but not until multi-disciplinary workshops led by visiting experts (and open to the public) begin, will the magic of Spongespace materialize. The show at Solvent Space at the Plant Zero Art Center runs through Feb. 23. 0 E. Fourth St. Call 828-1696 or visit www.spongespace.net for workshop details and advance registration.