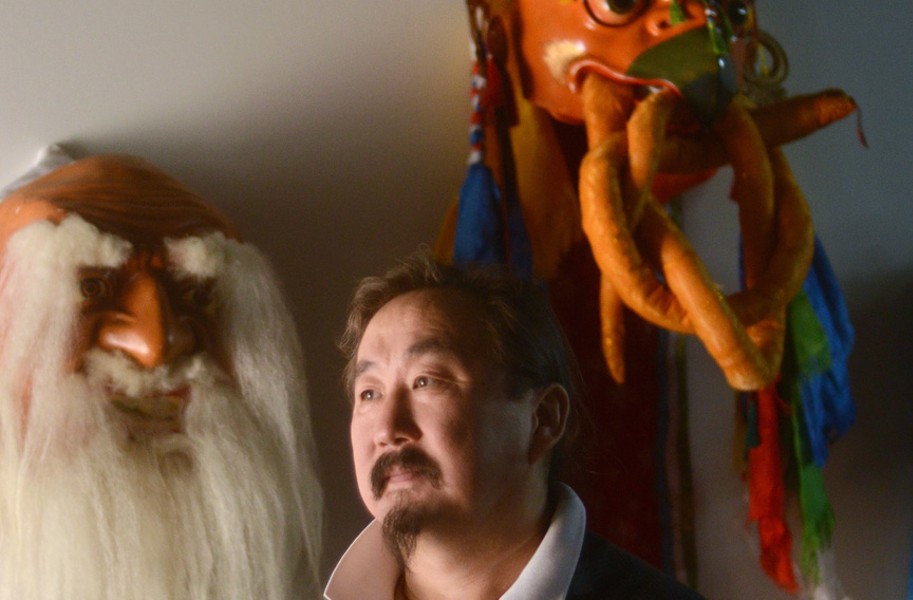 George Benson strums a guitar in unison with his soulful voice, crooning "We're lost in a masquerade" in his 1976 chart-topping soul single about a doomed romance. The Virginia Humanities' Virginia Folklife Area also has a theme this year of masquerade featuring a diverse, culture-rich array of performances and demonstrations.

This is a masquerade that, unlike Benson's, you'll want to lose yourself in.

All weekend, the Virginia Folklife Area spotlights different costuming traditions and their presence in the commonwealth. Starting Friday at 6 p.m., festivalgoers may view and learn about Cambodian ceremonial ensembles, vibrant costumes of the festive Caribbean Carnival season, and Mongolian masks used in traditional Buddhist rites. Artists and stewards of the traditions will present the costumes to the public.

"The Caribbean carnival costumes are 20 feet high, just these massive, colorful constructions that take your breath away when you view them," says Jon Lohman, Virginia state folklorist and director of Virginia Humanities' Virginia Folklife Program since 2001.

Lohman says Arlington boasts a sizable Mongolian community, which is the adopted home of Gankhuyag "Ganna" Natsag, an artist who creates masks that were used by monks in traditional Buddhist ceremonies in Mongolia.

"[Natsag] creates masks out of clay or papier-mâché," explains Lohman, noting that the masks represent characters that are part of Tsam an ancient ritual with roots in eighth century Tibet. "There are 108 characters, and [Natsag] has somehow managed to re-create just about all of them."

At press time, Natsag was in India performing before the Dalai Lama. In recent years, Natsag dreamed up a large scale visual art project titled the World Peace Pagoda, an idea that he presented to the Buddhist spiritual leader, and still plans to house in Mongolia. Natsag was a 2012 master artist in the Virginia Folklife Program's apprenticeship program, an effort to preserve and promote various cultural traditions, old and new. These master and apprentice teams often perform at the Richmond Folk Festival, and this year is no exception.

In a previous interview, Natsag said the apprenticeship program and demonstrating his craft at events like the Folk Festival are "wonderful opportunities [for] our young generation to learn from master artists and [to pass to] them and our audience our tradition and arts."

Dancers don the masks during the elaborate Tsam ceremony, a role that Natsag's children embody during their international performances. Natsag's daughter Maral Gankhuyag will join her father on stage this year at the Richmond Folk Festival, Saturday and Sunday.

And should the music, dance, art and Carnival costumes somehow fail to excite you, take in the fast-as-greased-lightning, shell-shedding techniques of Northern Neck sisters Deborah Pratt and Clementine Macon Boyd, internally renowned for their oyster shucking. Lohman says there will be something for everyone to enjoy, and a lesson to take home, too.

"I think it's an important thing for us to get a sense for how incredibly diverse Virginia is, through all of these traditions on stage," he says. "The live performances, seeing people who love and cherish these folkways demonstrate them in the flesh, has a different way of communicating with all of us in a profound and meaningful way."