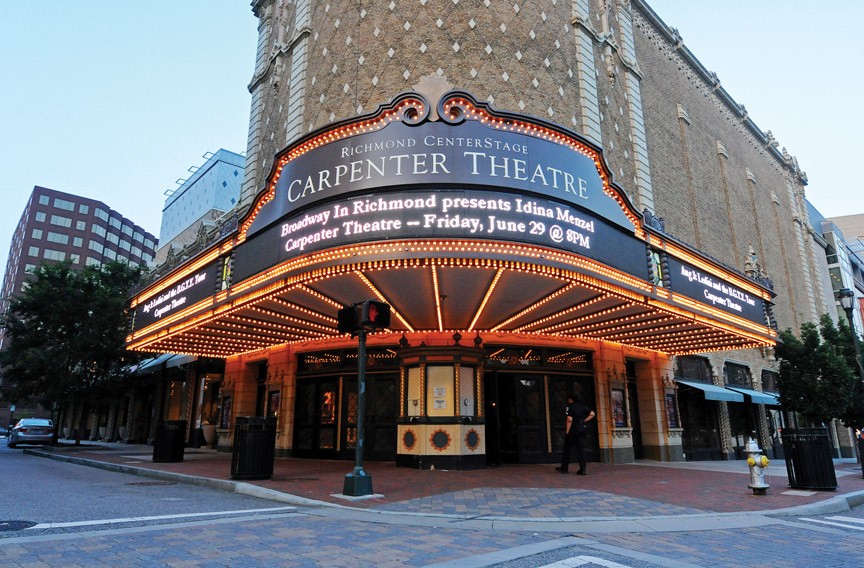 If the definition of delusion is doing the same thing over and over and expecting a different result, our city leaders have officially gone Macbeth on us.

The mayor and City Council recently gave control of the Landmark Theater, Richmond's premier performing arts venue, to the CenterStage Foundation for 40 years. They also agreed to give $14 million in taxpayer dollars to the public-private entity to oversee the theater's renovation. Not only that, they awarded CenterStage, the arts complex that the foundation built and opened in 2009, an extra $250,000 starting in 2015, increasing its annual operations subsidy from the city to $750,000.

This deal supposedly hinges on $36 million in private dollars promised by the CenterStage Foundation. A quick recap: This is the same group, under another name, that blew through millions of dollars and was responsible for raising Richmond's meals tax rate before its original, unsustainable proposal for a performing arts center was squashed.

Former Mayor Doug Wilder stopped that crazy train. Then, after a bit of rooster strutting, he gave the higher-income-earning members of the foundation's board the deal of a lifetime: If they could raise private money for a stripped-down, $73.5 million plan to refurbish the Carpenter Center, the foundation could control the place for decades and get $25 million in city dollars. And it even could write the comprehensive agreement and shield its workings from public scrutiny.

Naturally the foundation raised the money. It had to. But what a deal.

Our current mayor and City Council have put nothing — nada, not a lick — into this new Landmark agreement that similarly compels the foundation to actually raise the necessary private dollars. And guess who's on the hook if they don't do it? Get a mirror.

City leaders have confidence in the foundation. But it's difficult to see why. CenterStage's private fundraising did reach $2 million in 2011, but the 12-percent increase from the year before is almost entirely owed to a $200,000 government grant — not really private. Its just-released Internal Revenue Service forms also show that CenterStage ticket sales and parking fees declined 10 percent from 2010 to 2011, dropping from $205,000 to $184,000, with program expenses exceeding $2 million.

Meanwhile, CenterStage's payroll increased 22 percent, from $642,000 to $781,000 a year. The details of that figure, of course, remain top secret. The foundation is required to submit annual financial statements to the city, but both the foundation and the city decline to make them available to the public. They're legally allowed to do this; it's written in the comprehensive agreement, the same one approved by Wilder and City Council.

Now I'm no forensic accountant, but the foundation's financial track record and recent lack of success raising private dollars suggest that there might be other motives behind the Landmark project, which City Councilman Marty Jewell recently called "the deal of a lifetime."

If it's so great, why shield its true cost to taxpayers? It's been reported that only $14 million in public dollars will be invested. But the figure actually is closer to $30 million. Included in what's called the private-fundraising side is an estimated $18 million in state and federal historic tax credits, which the foundation plans to use to finance the deal. This deal also hands over millions in Landmark corporate naming rights to the foundation, and since the theater is a city-owned facility, this is public money that is being given away (the city could independently sell these rights). Meanwhile, the mayor insists that he can't address the city's high meals and admission tax rates because the city is hurting for revenue.

And what about the programming at CenterStage? The project was hawked for years as a necessary home for Richmond's struggling arts organizations. But high rents (because the foundation can't raise money for an artist endowment to help offset costs — a-hem!) and substandard technical aspects at the CenterStage complex have halted participation for many local arts organizations. Ask yourself how many times you've seen the Richmond Jazz Society, or the African-American Repertory Theatre, or Richmond Shakespeare (which has taken up residency at St. Catherine's School), perform at CenterStage? These small nonprofits were placed front and center at lobbying time.

The economic development that was supposed to follow CenterStage's opening hasn't happened, and won't happen anytime soon — there are fewer than a dozen summer events scheduled for the venue. Most evenings the blocks on Grace Street that surround the brightly lighted marquee are alive with nothing but the hum of street lamps. The building's back side facing Broad Street presents a big field with a tarp and a huge wall — the phantom remains of an ice rink and a Xanadu-like arts facility that never was.

The mayor says he's proud of all of this, and thinks that giving the CenterStage Foundation full control of city property and a boatload of cash will lure hoards of older people from the suburbs to downtown, as well as benefit the creative class — the young professionals and lingering arts majors in the coffeehouses and galleries.

But fostering the creative class isn't about top-down "build it and they will come" proposals. And Richmond's aging suburbanite-driven model for economic development has been proven ineffective time and time again. Just take a look at … CenterStage.

If you want insight into what our city leaders really think of Richmond's arts and music scenes, contrast the Landmark giveaway with the watered-down resources, and out-of-control boundaries, being offered by the mayor's new arts-district plan. It's a tale of two arts communities — one gets lip service and banners; the other gets endlessly bailed out and subsidized. Meanwhile, potholes widen across the city, school budgets are scrutinized with a fine-toothed comb and, when visitors do drive in, they're rewarded with aggressive ticketing and overly taxed restaurant bills.

"Fair is foul, and foul is fair," as Macbeth's witches — experts on delusion and top-down thinking — might say. Or, in other words: Welcome to Richmond. S

Don Harrison is the arts and culture editor for Style Weekly.