With “Page to Stage II,” Starr Foster Dance creates a cross-discipline concoction to delight the senses. 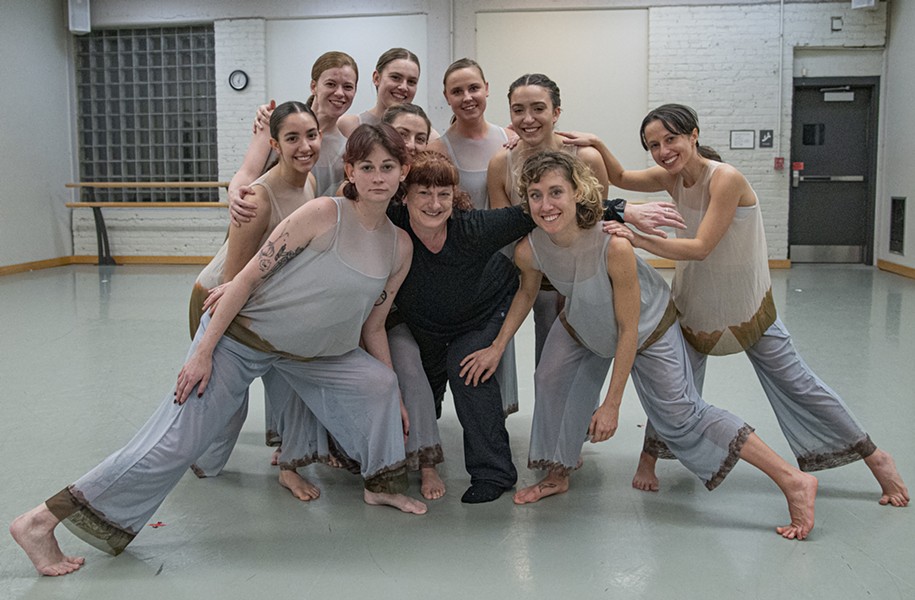 Clay McLeod Chapman has made a career out of scaring people so it’s surprising to hear him express fear, even if jokingly, when referring to the concept behind “Page to Stage II,” the cross-discipline production created by Starr Foster Dance.

“There is kind of a deal made which is: The author writes the thing and then Starr choreographs the thing,” says the celebrated author of books like “Ghost Eaters” and “Whisper Down the Lane.” “In terms of my contribution, Starr was extremely hands off. I’m terrified by the prospect of seeing what they've come up with.”

As can be surmised from the title, “Page to Stage II” is the second time choreographer Foster has endeavored to turn a collection of short written works into original dance performances. But this time around, she took a new approach.

“In 2015, we did it through an adjudication process, choosing from submitted stories,” she explains. “This time, I was like, I know a lot of amazing writers. So I contacted these seven people and they all said ‘yes.’ It’s pretty incredible.”

Foster wanted the production to highlight local writers, specifically. A couple of the authors, like Chapman, don’t live in Richmond anymore but grew up here and still have local roots.

“It's really a testament to how much great work is being done in Richmond,” says Foster. “I'm an avid reader and a book lover, so this is really close to my heart.”

She selected a broad variety of pieces, and also accepted poetry for the first time. All of the written pieces are reproduced in the program; the shortest is a poem just eight lines long.

Chapman’s contribution is one pulled wholly from his imagination: a fictional lecture being given by a taxidermist on how to make a Feejee Mermaid, a piece of real-life folk art created from the lower half of a fish and the upper body of an ape. PT Barnum first brought attention to these curiosities when he tried to pass one off as a real mermaid.

“It’s kind of creepy and pretty gross, actually,” laughs Foster. “But we’re doing something pretty fun that hopefully people will find humor in.”

While Chapman’s piece is fantastical, other pieces, like Judith Bice’s “Sisterhood”, are intensely interpersonal. “Sibling relationships can be really intense,” says Bice, who is one of four siblings in her family. “But the piece is more of a metaphor for what can happen in any relationship where you care for someone. You try to be helpful, you try to take care of them, and then you have to learn where to draw the line.”

Bice’s piece grew out of her first novel, “Hey White Girl,” that was published last year. “In the book, there is a relationship between a sister and a brother,” she explains. “The brother has a learning disability that the sister helps him hide. He gets accepted into college and then he freaks out because he knows he's not going to be able to make it.”

When Foster asked Bice to develop something for “Page to Stage,” she wrote "Sisterhood" that portrays a similar sibling dynamic. “I knew it was going to be a dance so it had to be something powerful enough to communicate through physical movement and dance,” she says.

Other unique components of the production are original musical compositions by Daniel Deckelman that accompany many of the pieces and guest dancers that Foster hired to augment her company regulars.

“I hire dancers, not just because they're talented, but also because they have something to bring to the work,” says Foster. “Otherwise, the performances will just look like ‘this is what Starr told me to do.’ That's not very interesting.”

Chapman expresses what stands to make the production interesting even for those who aren’t dance aficionados. “Starr takes all of these elements – music and text and performance – and marries them together to create something that none of those art forms could have been independently,” he says. “It’s a fascinating kind of alchemy.”

“Page to Stage II” will be performed at Firehouse Theatre, 1609 West Broad St. from Dec. 1-3. Tickets available at https://www.starrfosterdance.org/pagetostage.