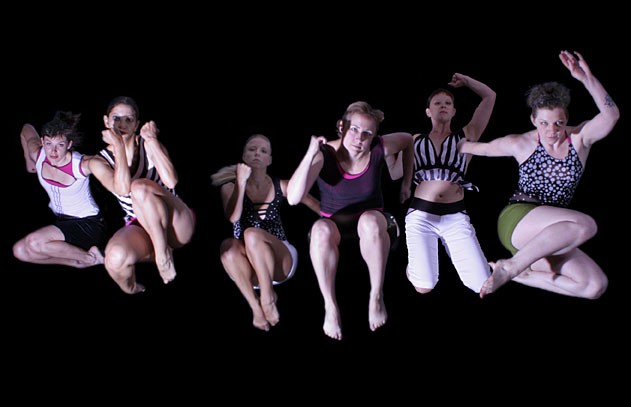 Choreographing, rehearsing, performing, teaching, fundraising, and then starting over again -- Starr Foster has been at it for a decade.

Through her dedication and persistence, and her lively, creative mind, Starr Foster Dance Project has become a staple of the modern dance scene in Richmond since its beginnings in 2001. This is no small feat. Modern dance in Richmond -- well, anywhere, really -- is not what you'd call a lucrative profession. But its practitioners tend to be tireless multitaskers, unfazed by tiny budgets, driven by a passion for their art. This weekend, Foster celebrates her company's 10 years with a concert of old favorites and three premieres at the Grace Street Theater.

"I think my aesthetic has fine-tuned," she says, when considering the growth and change that she and her company have undergone. "The dancers are better. We're touring. I think that the work is better." Foster's dance works in general tend to be abstract, simply titled, and open-ended. In a recent rehearsal, dancers running through her 2004 work, "Clutch," appeared to struggle with one another in intense partnering sequences, slicing through space, separating, and coming together in conflict -- movement that didn't really tell a story, but produced an engaging, emotional impact.

"I like to make dances about human experiences," Foster says. "There's never a dance about a specific character. I think a lot of people look for a story line, and they're not going to find that in my work." Early in her career, Foster says, "people would ask me, 'So what is this dance about?' It's not that it's vague. ...but it means something different to me than it does to the dancers, even. I think it's taken me a long time to admit to myself, and to be comfortable saying, I'm making dance that's open to interpretation. 'Clutch' is simply [what it says], the things that we hold on to when we try to convince people to believe in what we believe in."

Foster wants her work to draw members of the audience in, invigorate and inspire them. The titles of her dances play into that. "Most of [my] titles are one word, because one word can mean so many different things, and be so versatile to different people." The desire for versatility affects her creative process as well. When making a new work, Foster doesn't tell the dancers the subject or inspiration that began it for her until the dance is finished. "Because I think a lot of times the studio experience affects the final product. It becomes a journey, and it helps my idea, my personal idea become more fine-tuned."

She feels strongly that audiences should trust their responses to her work, and she carries this idea into her teaching as well. To students and audience alike, Foster says, "I don't want to know that you didn't get it. What did it make you feel?" Perhaps that respect for the viewer is a secret to her success. Regardless, it makes the project's audience feel welcome, and its concerts a pleasure to watch. "I always think," Foster says, "instead of a program note I should write a note outside the door that just says, 'Open your mind and open your heart and just let it be what it is.'"

Starr Foster Dance Project will perform at the Grace Street Theater on Oct. 6-9. Thursday, Friday and Saturday performances are at 8 p.m., Sunday at 2 p.m. Single show tickets $15. For information, call 828-2020 or go to sfdproject.org.