After charges were dropped because of a brain injury, Willie Fuller is once again being evaluated to stand trial. 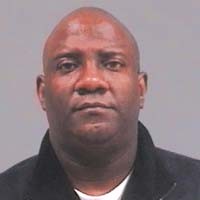 The latest Willie Fuller investigation took off Tuesday, Oct. 13, three days after the former Virginia Commonwealth University police chief — the same one charged with soliciting sex with  14-year-old girl in January — was spotted at a 5-kilometer walk on Brook Road.

The Oct. 10 event wouldn't have been such a big deal. But charges against Willie Fuller, stemming from an undercover Internet solicitation sting, had been dropped Sept. 10 because prosecutors concluded he was incapable of aiding his own defense.

Fuller was hospitalized in June after suffering a diabetic episode that resulted in a severe brain injury. At the time, the prognosis was dire. “He wasn't expected to survive,” says David J. Rigler, the assistant commonwealth's attorney in Chesterfield County handling the case. After the walk, Rigler now is investigating whether Fuller is competent to stand trial.

Fuller's doctors at VCU Medical Center determined that he suffered from “Dementia secondary to Hypoxic Brain Injury,” detailing in a letter that because of “the severity of Mr. F's amnestic deficit, he is not able to make legal decisions; likewise his cognitive deficits may interfere with his being able to aid his attorney in his legal defense. [Psychiatrist James Wade] also suggested that Mr. F requires placement with intense supervision.”

Rumor quickly spread at the VCU Police Department that the former boss had “run a marathon” over the weekend, which proved to be just the walk, and word got back to Rigler's office in Chesterfield.

Initially alarmed at the news, Rigler quickly launched an investigation. “We're aggressively pursuing this,” he said Oct. 15. As of press time Monday afternoon, the investigation was ongoing.

The charges against Fuller weren't legally dismissed, allowing Rigler to bring the case back if Fuller's condition improves, a situation that the prosecutor didn't anticipate in September. Rigler says he'd been informed that Fuller needed intense rehabilitation just to do basic, day-to-day tasks: “I was very surprised that this quickly, he's out in the community.”

Whether Fuller was at the race under supervision of medical professionals, friends or family members is unclear, Rigler says. Fuller's lawyer, Arnold Henderson, couldn't be reached by Style's press time.

It wouldn't be surprising if someone suffering from “dementia secondary to hypoxic brain injury” was out and about in the community, says James Wade, professor of psychiatry, neurology and anesthesiology at VCU Medical Center. Wade evaluated Fuller earlier this summer and declined to discuss his diagnosis, citing patient confidentiality. He did, however, say that someone with a condition similar to Fuller's would be capable of walking three miles relatively unassisted.

“It would mostly impact memory, and it would not interfere with them being physically active,” Wade says. “You may not realize if you looked at them if they had an injury of any kind.”

As for the broader question — can psychiatrists be duped by their patients, if, say, they're trying to avoid prosecution — Wade says it would be extremely difficult to do so. Many tests are performed to determine a person's motivation to tell the truth, and it's “the best science we have today,” Wade says.

But is it foolproof? “It's foolproof enough that it's allowed to be entered into the court of law,” he says.