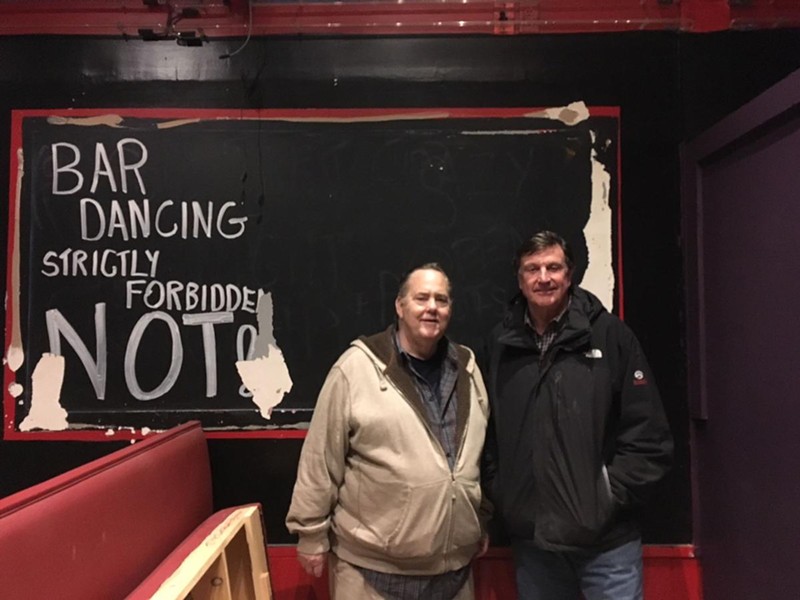 On a rainy Thursday, Bill Reid looks on a room full of beer bottles and empty chairs and sees the future of music in Hampton Roads.

He’s sitting in the former Eagle’s Nest on 600 Nevan Road in Virginia Beach’s Hilltop neighborhood – a 50-year-old space that has been home to top-40 nightclubs and a dance spot called Steppin’ Out.

But what Reid sees is the mid-sized music hall Hampton Roads has long been missing – the spot that will cause bands to stop in the region instead of passing it by.

By the end of the year, Reid and a group of partners will open a 600-capacity music venue called Elevation 27, so named because the venue is at one of the highest natural elevation points in Virginia Beach. It towers above sea level by 27 feet.

When Reid talks, people in the Virginia music scene tend to listen. Reid’s fingerprints have been on almost every seminal music venue in coastal Virginia for the past 30 years, including the Boathouse and Abyss and the amphitheater in Virginia Beach, the National in Richmond and The NorVa in Norfolk.

Also climbing aboard at Elevation 27: The beloved breakfast and Reuben spot The Jewish Mother. The longtime home to music at multiple Virginia Beach locations, including this one, will re-open at the venue.

The restaurant will serve breakfast and lunch during the day and late-night food during shows.

The Jewish Mother was a 40-year tradition in Hampton Roads, but closed four years ago because of the health and financial difficulties of its chef and owner, Scotty Miller.

“I got very sick. I had some angioplasty and that got infected,” says Miller. “Well, that kept me in hospital for almost five months. I found out while I’d been gone, they’d been partying."

He laughs, a little regret caught in his throat. He says that when he returned, his finances and inventory were in too bad a shape to continue.

In the meantime, he’s been catering and recovering his health. When Reid contacted Miller about licensing The Jewish Mother name, the two ended up in business together instead.

The only thing he’s not bringing back is the borscht, he says. Because nobody orders borscht anymore.

“It’s like selling a car,” Reid says, “and coming back three years later and finding it exactly how it was.”

Miller is just happy for the chance to cook his food for his customers again, he says, in his own kitchen.

“I’ve been down in the dumps, but I feel so much better now that I know I have a home to come to every day. You watch too much Judge Judy and, hooey, I can't tell you!”

Reid’s other partners on the project are Judd Mendelson, Sara Mendelson, and Russell Weitzner, who had planned this year to open a music venue in Portsmouth called the Greyhound, in a former bus station.

The Mendelsons had met Reid just before they received Portsmouth's decision. Newly free after departing The NorVa’s management company for good in August, Reid took the Greyhound partners to view the site of the former Eagle’s Nest on Hilltop.

"It was a chance to work with one of the best concert promoters in the state," says Judd Mendelson. "It was a no-brainer."

Reid says the space will offer some of the best sound in the region, with a “floating” stage that isolates vibration using insulating layers of rubber, similar to what he placed in the National in Richmond.

He says that for 20 years, he’d been frustrated by the sound in The NorVa, which bounced off the brick walls of the nearly century-old former vaudeville house.

The group has been installing sound baffles throughout Elevation’s 24-foot ceiling, and will hang curtains behind the band to further stop sound interference.

“You hear that?” says Reid, clapping his hands loudly together. “In a different room, this would echo.”

In the long hall of the building – 120 feet, the same length as The NorVa – Reid envisions a room full of tables, where about 500 concert patrons will be able to sit with their drinks, or eat food from The Jewish Mother while they watch touring rock and blues bands. Outside, a heated and covered patio will seat over 100.

The need for smaller venues like this one, he says, comes because there are more bands than ever, but the audience is more splintered.

“Bands and music are no longer driven by radio stations, Billboard magazine, Rolling Stone magazine. Everyone is hearing music on the internet,” he says. “So there's an explosion of new bands. There are less people going to the big shows, and more people are going to smaller shows.”

And bands, he says, don’t want to play to a big, empty room.

“I remember at the amphitheater, Bob Dylan was playing. And we were looking out and we've done 5,000 people with Bob Dylan, which was really good. And then I saw the artist's perspective. I saw 15,000 empty seats. And what a bummer that is.”

But even more so, Reid says, artists prefer intimate venues. He looks over at Miller.

“Panic At The Disco, which was a big band, played The Jewish Mother four or five years ago instead of playing The NorVa. We offered more money and had more tickets to sell, but they play for Scotty. Why? Because they’ve heard about the room.”

It’s the same thing that helped Reid book Prince at The NorVa in 2001. Prince’s manager called him up and asked to play, saying the artist had heard about the space and wanted to play at the 1,500-capacity venue, even though he could book much larger venues for more money.

But before he left, Reid says, Prince told him that The NorVa was his ideal venue.

“‘I just want to let you know that I love this place,’” Reid says Prince told him. “He said this is 'exactly what I wanted Paisley Park to be.' That’s really flattering.”

But now, Reid says, Elevation 27 is the venue he’s excited about.

He hops up onto the stage, which has been expanded since it was the stage for The Jewish Mother, and looks out across the room. Across a sea of chairs and construction, he’s trying to illustrate what the band will see when they look out across the room of people.

He’s envisioning the building not as it is, but as it will be, with the interior neon removed and the walls painted purple, and tables on dark wood floors.

“This is what the artist looks at, right? This is where it all happens. We’ve got, I think, good enough sightlines. I think it's big enough. You know, the ceiling is tall. High. It's not in a strip mall. I mean, this is a very unique building. It's been here for 50 years.”