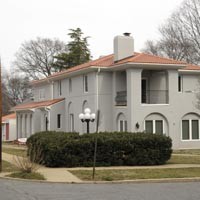 A lawyer who worked with the state attorney general's office pleaded guilty June 4 to a misdemeanor charge of possessing marijuana.

Steven Lederman had originally been charged with a felony. Substitute General District Judge Peter G. Decker Jr. found Lederman guilty but said he would revisit that ruling in December.

"I'm going to see how he does for six months," Decker said. "I'll probably accept the plea agreement but I want to look into what it is and see how things come out."

Lederman was arrested in February after police got a tip that he traveled to Washington, D.C., to buy marijuana and then brought the drugs to his home to package and resell.

Norfolk police followed Lederman to Washington and Richmond. According to a search warrant affadavit, investigators following Lederman reported watching him walk from a West End house at 401 Malvern Ave. on Feb. 19 with a red-and-white bag and accompanied by a white woman with blond hair. The house is owned by Robert E. and Heidi E. Dranoff.

When police stopped him for a traffic infraction while he was returning to Norfolk, they found marijuana wrapped as a Christmas present in Lederman's van, according to the affidavit, filed with Norfolk Circuit Court.

Before beginning the hearing Thursday, Decker said he knew Lederman, and asked Williamsburg Commonwealth's Attorney Nate Green and defense attorney James Broccoletti if they objected to him hearing the case. Neither side objected.

Green withdrew charges of carrying a concealed weapon and failure to signal. Decker said he would accept Lederman's plea to the marijuana possession charge and treat him as a first offender. Green argued against a first offender finding.

But Decker, looking into the courtroom where Lederman's family was seated, said: "His father has been a pillar of the community as long as I can remember."

Decker also recalled representing a lawyer decades ago who had a substance abuse problem. "That judge had enough sense to look at things in the light most favorable to the individual," he said. Decker said his client overcame his addiction.

Lederman lost his job at the attorney general's office because of the arrest, Broccoletti said. Lederman had worked for the office in the Division of Child Support Enforcement since 1997.

Decker ordered Lederman to return to court in December.

Jason Roop contributed to this report.