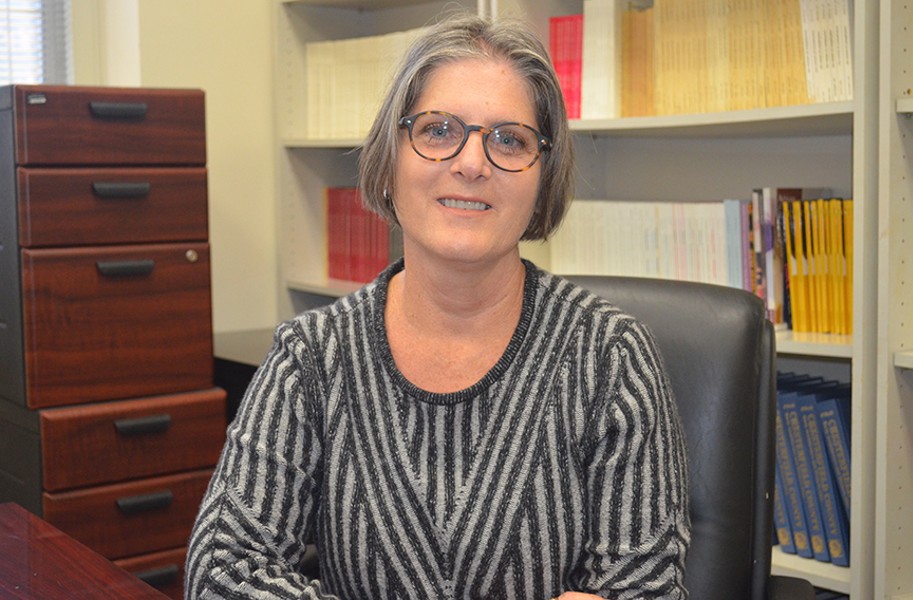 Most Virginians have heard of Sally Hemings, Pocahontas, Maggie Walker and Pearl Bailey, but there’s far less name recognition when it comes to Elizabeth Keckley, Mary Bowser, Ann Spencer and Dorothy Height. That’s not acceptable to Virginia State University professor Merry Lynn Byrd so she set out to change that.

It took several grant-writing attempts to the National Endowment for the Humanities for her to find a way to connect the past to the present and better relate it to the future. Byrd eventually succeeded, creating a program she calls Re-envisioning Central Virginia Foremothers Through Narrative as a way of teaching what she calls Herstory, a truer history that includes the women long left out of history books.

The grant covers three years with Byrd at the helm and approximately 15 faculty members from the fields of art history, speech, Spanish, history, philosophy and English participating by developing and infusing grant-related content into their courses.

“We’re re-examining history in order to be more inclusive and diverse,” Byrd says. “These are women who need to be added in to American history.”

The first year of the program takes students from the 17th-century colonial period through the end of the Civil War – what she calls the “forest, farm and battlefield” landscape – while the second year covers the 20th century, or the urban and suburban landscape.

“We look at what the landscape was like and how it formed identity and society in general,” she explains. “This is what gives faculty members such freedom in looking at representation, who should be better known and why it matters.”

Part of the goal with teaching herstory is making it relevant to 21st-century students. Teachers of various disciplines incorporate visits to historical sites and museums such as Henricus, Pamplin Park, Monticello and the Valentine into the curriculum as a way of bringing the women to life. “We start with the women who have had biographies written for them - Pocahontas, Sally Hemings – and move into lesser known figures like Keckley,” Byrd says.

Keckley, a former slave, was eventually able to buy her freedom, after which she moved to Washington, opened a wildly successful dressmaking business employing 20 seamstresses and later became dresser and confidante to Mary Todd Lincoln. Byrd says students, male and female, are very into studying these women and that teaching them has re-invigorated classes because it makes history relevant.

Mary Bowser’s story is as unlikely as Keckley’s: A young black woman, given her freedom and educated in the North, returns to the South and spies for the Union during the Civil War by posing as a slave, infiltrating spaces no white spy could go, including the Confederate White House.

The program is spread across multiple disciplines, with creative writing students writing about Hemings and American literature students watching films on Pocahontas and Hemings, but at home, not in class. “The students were on it, which made it very exciting for the teachers,” says Byrd of the work done at home. “They were fascinated that there were scandals back then, just like the Kardashians now.”

The grant is an award of $97,000 which funds several programs each year through December 20 21 and two summer programs, one for students and one for faculty training in life writing, place studies and the grant's historical periods. As a way of bringing the community into the re-envisioning of central Virginia Herstory, a series of four public lectures are planned for each school year.

The next one centers on the long-time rumors about the espionage credited to Church Hill resident Mary Bowser as part of the pro-Union intelligence ring run by Elizabeth Van Lew, daughter of the white family who enslaved Mary. Historian and novelist Lois Leveen spent more than a decade researching the woman behind the rumors – whose name was actually Mary Jane Denman – and shares her findings on Denman’s life, before, during and after the Civil War in the upcoming talk.

Byrd’s goal in getting the grant and establishing the cross-curriculum was to connect students to the school and its environs. She was surprised to realize that even Petersburg students didn’t know about the local women who had changed history, much less what they had accomplished. “The students are willing to accept that they didn’t know these women’s stories, but once they start learning them, they’re angry they haven’t been taught it,” she says.

With an eye to the future, Byrd attached one upper level class to the grant in hopes she could interest some students in minoring in the subject.

“Our students come to us already suspicious of mainstream history, so this program is a perfect confluence of interest,” she says. “We want students to realize that they’re not just biding time while they’re at the university. They’re connected to this place and its people while they’re here.”