VCU's Susie Ganch leads the charge for ethical jewelry by turning the old into the new.

Ash Daniel Susie Ganch is particularly interested by our collective trash. Her work “Pile,” visible behind her, is composed of coffee lids arranged as the currents of the North Pacific Ocean.

On a bitter cold morning, an artist stands by a space heater in her backyard studio near Carytown. Behind her is a white wall that resembles flattened angel wings, though on closer inspection it's revealed to be hundreds of coffee cup lids, arranged to emulate the current system of the northern Pacific Ocean.

"It would be nice if these [concrete] floors were heated," says Susie Ganch, a 43-year-old who sports a semi-mohawk and large-frame glasses while petting her rescue dog, Santi. It may be a little cold in this cozy studio, filled with tools and boxes of donated jewelry, but it perfectly suits her utilitarian needs.

Ganch, who teaches metalsmithing at Virginia Commonwealth University, is a highly visible figure in the growing movement for ethical jewelry making. In 2007 she started a program in Richmond known as Radical Jewelry Makeover, which is sponsored by the nonprofit Ethical Metalsmiths, based in Ohio.

The program seeks community donations of used jewelry — "tangled chains, unmatched earrings and banged-up bracelets," it says — to mine and recycle while forging a transparent supply chain from dusty jewelry box to reasonably priced product. 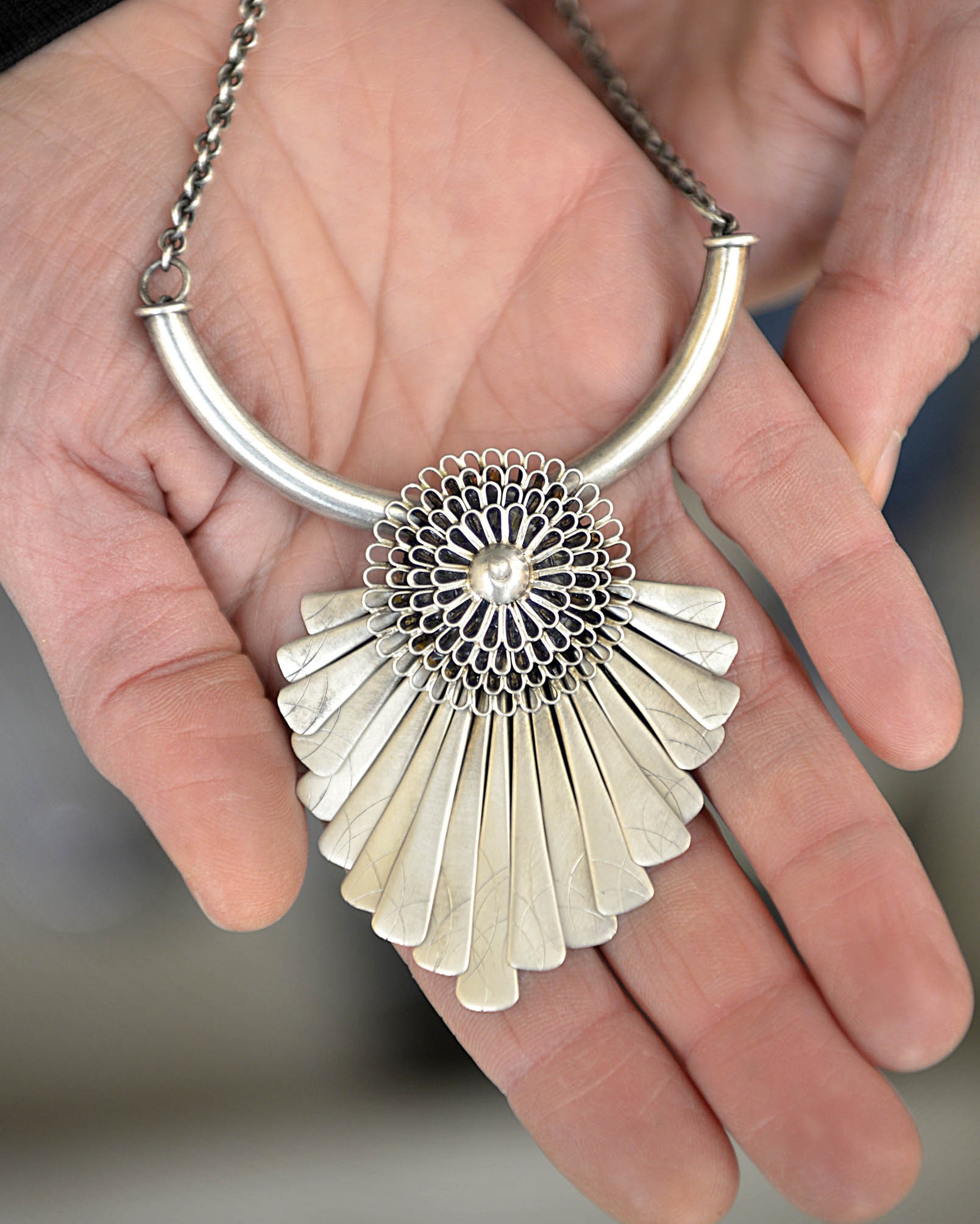 The group's latest project is a local donation drive until Valentine's Day, which will culminate with an exhibit of jewelry, made by Ganch's VCU students and local artists, at the Visual Arts Center of Richmond the first week of April.

Ganch cites some alarming statistics: The Environmental Protection Agency estimates hard-rock mining as the most toxic industry in the United States. That 50 percent of gold mined each year is used for jewelry, down from 80 percent. And that a single gold ring leaves as much as 20 tons of mine waste, according to EarthworksAction.org.

"Doesn't it seem logical that if we could clean up the gold industry, other industries like silver would follow?" Ganch asks.

The idea for Radical Jewelry Makeover started when Quirk Gallery invited Ganch to curate a series of exhibitions highlighting aspects of the contemporary jewelry scene. One of the artists she invited was Christina Miller, co-founder of Ethical Metalsmiths. Ganch admired her politically inspired work.

"We realized we had both been, in different ways, trying to deal with the glut of stuff being produced in the jewelry industry," Ganch says. "We're not reinventing the wheel or teaching new techniques, but we're trying to teach people to anticipate seven generations from now, a jeweler coming across your jewelry. How would they take it apart and use it again? Would they thank you?"

Everything Ganch teaches at VCU is linked to the past, with some techniques dating to ancient Egypt. "We want to create a hierarchy of design strategies you could employ before another," she says. Precious materials such as silver and gold are infinitely recyclable, she says. Costume jewelry? Not so much. Precautions must be taken when melting it down, she says, because "nobody really knows what is in it."

A Wisconsin native, Ganch was happy about moving here to teach, partly because Richmond is home to Hoover and Strong, a family-run refinery that's the only third-party-certified, fully recycled outlet for gold and silver in the United States. Ganch has been using the refinery since she was a student at the University of Wisconsin. "They've been a real leader in raising the standards," she says.

Ganch notes that many people want to know the story behind the gold in their wedding rings. Her jewelry-making students are, in turn, inspired by the personal stories that come with the donations. "Sometimes people discover RJM online and send the jewelry of their deceased loved ones in memory," she says.

One Richmond man who'd been through a difficult divorce donated his gold band to the class along with a moving letter about his experience.

"One of my students melted it down and turned it into a tornado with a house spinning in it and put it back on the ring," Ganch says. "We decided to send it back to him instead of selling it."

VCU senior Jane Barton, who's creating jewelry for the project, says she loves the challenge of working with limited materials as well as the larger message it sends. "What RJM does is takes [the process] out of mining terms and puts it in a more intimate perspective," she says. "And it encourages interaction with the community which is quite special and unique."

Ganch seems to be having an effect on her students. She says she knows she's made a difference when a student comes to her class "practically in tears" because a mining company has pulled out of the Pebble Mine site in Alaska. "To me, that's amazing that maybe the next generation is going to do it better than us."

To donate jewelry or learn more, visit radicaljewelrymakeover.org. Donors will receive discount coupons to apply to purchases, and proceeds from sales go toward helping Ethical Metalsmiths educate the public and connect people with responsibly sourced materials.