"Potiche" serves up risqué French comedy for those stuck in 1977. 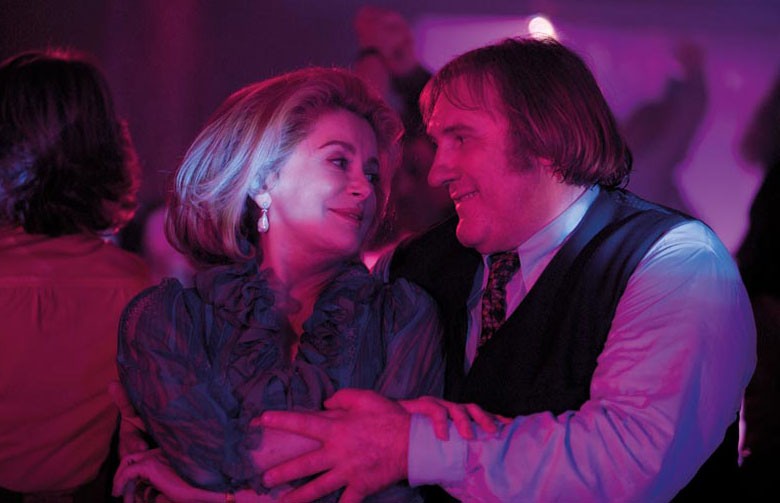 Drawing-room comedy is notoriously difficult to pull off in cinema, and subtitles certainly don't help. Then there's "Potiche," an imported stage adaptation superficially about women's liberation and labor struggles that stars Catherine Deneuve as a naive housewife who takes over her husband's factory. Those looking for lightweight fun reading double-entendres might find this film a pleasant diversion, but others might wonder if France exported "Potiche" to get rid of it.

The movie follows Mrs. Pujol (Deneuve), an industrialist's wife who blissfully does housework while her husband (Fabrice Luchini) occupies himself with his secretary. Mrs. Pujol is chided for being a "potiche" — which seemed to me to translate as "stock character" — but ends up with the company when her husband has a heart attack. Soon she's in league with Gerard Depardieu, playing a politician of some sort and Mrs. Pujol's former lover. Yes, the two actors have much history together, which is why they and their fans should have been spared all this. I couldn't tell which one was wearing more makeup.

Contemporary French movie comedy in general seems stuck in 1960 — even in a movie like "Potiche," which is set in 1977. It's as if they only know the fossilized remains of slapstick and farce. "Potiche" is typical. Sample joke: "Stay calm," Mrs. Pujol says when striking workers picket her home. "When this happened to Marie Antoinette, she didn't lose her head." Mercy, not merci. That line probably would've had a difficult time in 1877.

The terminal staginess of "Potiche" doesn't help, as adapted by director François Ozon from a play of the same name (from 1983, mon Dieu). The more the film goes along the more it ventures out of the Pujol home, but the less it makes sense, its characters eventually getting caught up in, of all things, an election. What's more hilarious, after all, than canvassing and voting?

"Potiche" isn't insulting or crass, which admittedly might make it more appealing than a lot of American comedy. But its title needs a definitive translation, to better prepare audiences. How about "hopelessly old-fashioned nonsense"? (R) 103 min.