The Marsh Gallery brings Cuba to you. 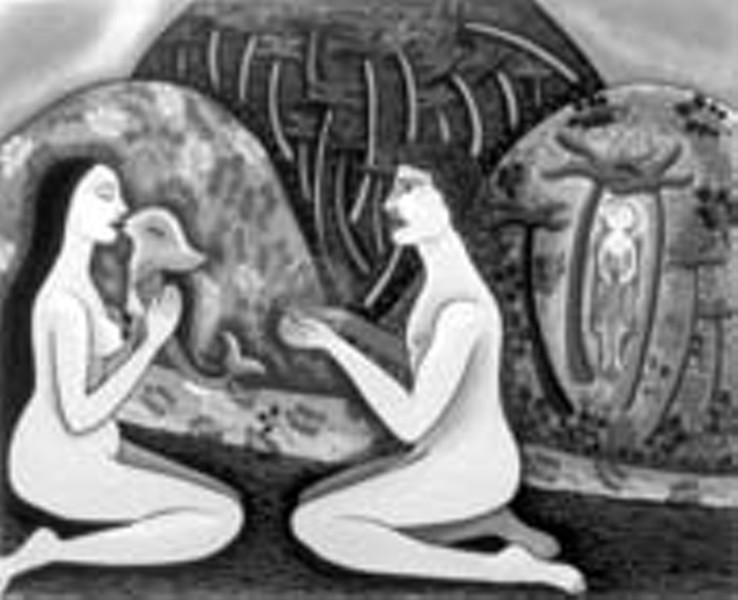 Ferman and Waller encountered a rich environment of formally trained artists working in an array of media. All the pieces in this show were made in the past six years and share a strong tendency that Waller describes as "a need to tell a story, to have a narrative, even when it's not forthright or straightforward."

Many Cuban artists are working with assemblage, installation and other sculptural forms that clearly communicate the inventiveness of Cuban artists facing a scarcity of conventional materials. Juan Roberto Diago's fragments of steel drums, Fabelo's drawings on art paper, and Juan Carlos Menéndez Ruiz's use of masonite for his woodcut prints reveal the creative options investigated out of necessity. This inventive spirit is also portrayed in "A Harley Haunts Havana," Juan Carlos Alom's documentary on the MOCLA, Cuba's version of the HOG club. These Harley-Davidson aficionados scavenge old motorcycle parts and manipulate car parts to produce Cuban versions of Harleys.

Cuban art today continues to comment on the social and political environment. "He who is born for the sickle gets hammered" is a print by Menendez Ruiz depicting himself as a haloed martyr with his hands and feet bound together behind his back. Suspended from an unknown source beyond the picture frame, Ruiz is weighed down by hammers that hang from his nude body as it hovers above a sugar cane field made of sickles.

What is striking about this piece is its ambiguous meaning. Is Ruiz a martyr for the failing communist cause? Is he commenting on how the Russians left them hanging? Or is he alluding to oppression and the threat of execution at the hands of Castro's regime? Despite the overt political imagery, the commentary is left open for interpretation — an example of Waller's observation of the "open narrative."

Diago's metal relief of a Cuban flag imprinted with "I too have a flag" in Spanish is more straightforward. To deal with racial inequality in Castro's Cuba, Diago references his African heritage by driving nails into the flag, thereby visually recalling nkisi-nkonde fetish figures into which nails are driven to seal social contracts. Metaphorically, Diago addresses Castro's failure to fulfill his revolutionary promises to the black population.

Although framed within a historically specific and culturally unique context, these pieces raise important questions about identity, race, politics and other themes of universal importance. Waller emphasizes that "the artists are players on the world stage like anyone else and can hold up with any other artists in terms of it not being provincial." The world-class artworks in "Cuba Plastica" allow viewers to explore the big issues and to sneak a peek at life on this forbidden island. S

"Cuba Plastica: Recent Art from Cuba" is hanging at the Marsh Art Gallery in the University of Richmond's Modlin Center through Oct. 8.