These Richmond food concepts are here to help you reset in 2021. 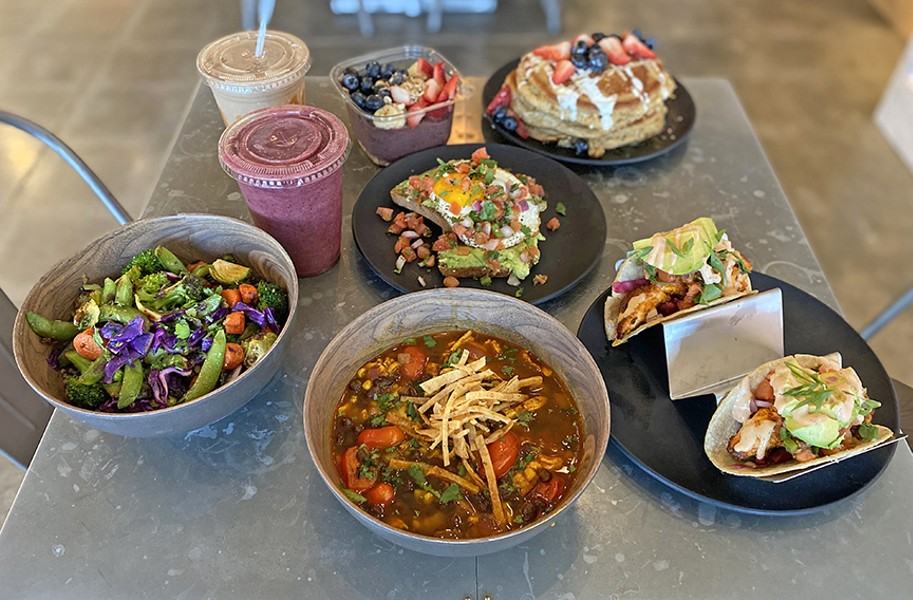 From the time he was 14 years old, Danny Sterling dreamed of working in a Michelin-starred restaurant.

He paid his dues – manning a McDonald’s cash register, working the line at a Maryland restaurant at 16, apprenticing at West Virginia’s illustrious Greenbrier resort before he’d reached legal drinking age.

By the time he was 23, Sterling had landed a job at Chicago’s two-Michelin-starred 42 Grams. The now-shuttered, high-end spot served 14-20 courses a night to a total of 18 people, with Sterling on the clock from 9 a.m.-2 a.m.

“It’s not what I expected,” Sterling says. “My whole life was about getting into Michelin-star cooking, but when I got there I realized the workload compared to what we were producing didn’t add up. We were working so much, everything else was unimportant. I started to think ‘I want to do something more accessible to people, I want to reach more people with high-quality food.’”

It’s the first month of a new year and millions of people are looking for a reset button. Unlike Januarys past, where the primary focus was getting fit and eating clean, this new year is all about restoring the soul. Everyone wants to feel sharper, more productive, more hopeful. Better.

The lifestyle eatery was founded in New York five years ago by Michelle Walwrath and Fran Panniccia. Now with a half-dozen locations in New York and Connecticut, the business partners decided to expand South because of Walwrath’s ties to Richmond: She’s a University of Richmond grad and her twin sister lives in town.

“The timing has been a little challenging only being open four or five months [pre-pandemic],” Walwrath says. “We’ve been wading through those murky waters with all the other restaurants.”

Walwrath says the mission is to provide people with the “least burdensome food to eat – no pesticides or chemicals.” All its juicing is done in glass bottles, and it has cleanses and vegan meal plans that not only help folks detox but also help them establish new habits.

“With the three-day vegan meal plan, you learn how easy it is to follow vegan eating,” says Walwrath says. “We want to empower people to feel educated and to go and do it themselves.”

Across town at The Beet Box, co-owner Ashley Lewis is wrangling customers on a busy Thursday afternoon. The smoothie and juice bar opened in the fall, and, despite a global pandemic, has been buzzing with activity ever since.

“We’ve been getting a lot of love from the neighborhood. There are families and students and small kids – it’s a great spot,” Lewis says. She and business partner Antoine “Roc” Meredith met in 2017 when Meredith was Lewis’ trainer at ReDefineRVA. “He had the juicing expertise, I had more of the business background,” Lewis says.

Lewis, like Walwrath, says that she hopes to impart wisdom to her patrons. “People come in here and want to know about how to get more vitamin C, how to help allergies, all kinds of things. They’re craving that information.”

For Shannon and Chris Sheehy, their curiosity and eventual conversion to veganism has been a yearslong process.

“We’ve been plant-based for more than 25 years,” Chris says. The entrepreneurial couple say when their daughter Corri came to them with an idea for opening her own bakery, they decided to make it a family affair.

The all-vegan Minglewood Bakery and Deli is set to open in the old Guitar Works space in Carytown “hopefully this March,” the Sheehys say.

“We’re part of a Richmond vegan Facebook group and on a daily basis people are trying to hunt down various vegan things, like ‘Where can I get a vegan wedding cake?’” Shannon says. “One-hundred percent vegan places become destinations.”

The Sheehys have employed a gluten-free baker, so they’ll have a whole array of gluten-free and vegan scones, cookies and cakes. They’ll also have vegan scones, muffins, breakfast items, and, eventually, vegan deli meats and cheeses.

According to the American Dietetic Association, “Appropriately planned vegetarian diets, including total vegetarian or vegan diets, are healthful, nutritionally adequate, and may provide health benefits in the prevention and treatment of certain diseases.”

Of course, many people pursue a vegan lifestyle for humanitarian reasons, too. The Sheehys are inveterate animal lovers and plan to host adoption events in front of their bakery.

“We’ve been volunteering with our kids since they were young at the Richmond Animal League,” Shannon says. “We’ve probably fostered 250 puppies over the past seven or eight years – it’s something that is really dear to our hearts, and we hope we will be able to incorporate that into the business.”

There’s a ripple effect associated with these sustainably focused concepts. From raising money for animal sanctuaries to making a person’s stay in a hospital just a little bit kinder, the people cooking and serving these fulfilling meals want to fulfill the community, too.

Five years ago, Elya owner Sterling was diagnosed with cancer, and had to spend a week and a half in the hospital after undergoing major surgery. Without insurance, his bill would have been astronomical.

“I like to look at the line items for food and hospitality and the number was something ridiculous,” laughs Sterling. “My thought process is in hospitals, people are sometimes getting the best news of their lives but most people are getting life-changing, terrible news. So why does the food have to be so bad?”

Part of Sterling’s 2021 business plan for Elya is to set up fridges with pre-made meals at area office complexes, schools and hospitals so people can have access to nutritious, delicious meals no matter their circumstances.

The ElyaFridge allows customers to choose their meals – it offers items like overnight oats, mushroom burgers and sustainably sourced Autumn Olive Farms pork shoulder bowls – from a screen, swipe their cards and grab the item from the fridge.