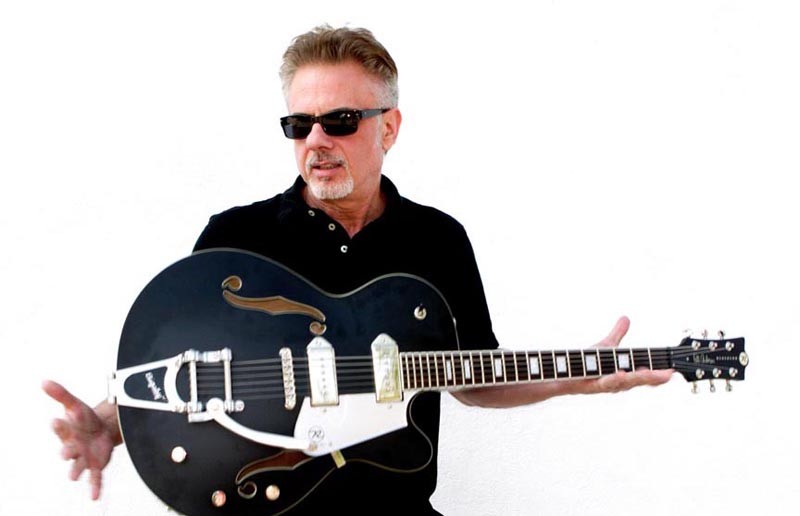 It's been nearly a decade since guitarist Pete Anderson has spoken with country superstar turned actor Dwight Yoakam. But the respect is still there.

"Put him in a room with an acoustic guitar and five of the all-time greatest country singer songwriters and he is gonna hang or maybe even be the guy," Anderson says from his home and studio in Los Angeles.

Anderson was Yoakam's longtime producer, music director and guitarist until Yoakam broke up the band in 2002, hiring a cheaper group so he could help pay off a movie he self-financed, according to Anderson. Not long after, Anderson sued the Grammy winner and his label for breach of contract for failing to perform tour dates. The suit was settled out of court and Anderson says he won't work with Yoakam again.

"The music business is so difficult that you have to maintain strict focus to stay on top," he says. "Once you're a household name, it's very political, a lot of kissing babies, shaking hands, et cetera. My opinion is he wanted to do a lot of different things."

Yoakam listeners know there was always a blues foundation to his mellifluous country twang, and Anderson was a major component. As a producer, Anderson has worked with artists as varied as Roy Orbison, Lucinda Williams, whom he helped launch, and the Meat Puppets. He also continues to release roots-rock Americana on his label, Little Dog Records.

He's also receiving some long overdue recognition for his virtuoso blues-guitar playing. His acclaimed new album of original material, "Even Things Up" — a rerelease of a 2009 record with some rerecordings and additional songs — has drawn comparison to veteran star Eric Clapton.

"My first attraction was Elvis. I saw Elvis, but I heard Scotty Moore, his guitarist, who straddled that blues country thing," Anderson explains. "I find myself years later playing a hollow body [guitar] with F-holes. ... It's funny that my career has followed the path of that first inspiration."

A Detroit native from a blue-collar background, Anderson grew up working in auto manufacturing plants like so many blues greats. He watched all the original legends — Muddy Walters, Albert Collins, Freddy King, B.B. King — when they were still in their 40s. "Working in an auto factory really helped me with my sense of timing," he says. "Imagine being in your house all day with a drum machine going 'duga-daka-duga-daka' — you'd know when that machine slows down."

Today's audience at most blues shows is generally grayer and thicker around the waist, but Anderson thinks young people would come if given the exposure.

"It's problematic for roots music in general," he says. "Kids have to seek it out now instead of being exposed to it. Getting into cross-promotion, and larger, mixed music festivals — which brings the music to them — is one way to do it."

Anderson seems excited to play Richmond again. His sister-in-law lives here, as does one of his favorite creators of guitar pickups, "the world famous" Lindy Fralin. Anderson has had success designing guitars and is working on a new Telecaster-style guitar for Reverend as well as an analog amp for Red Plate.

While he admits that most producers have less work these days, Anderson's studio is booked through 2011 and he's already working on his next album of original material, shooting for an April release.

"My main impetus is to play in front of people," he says. "That's really the best form of communication. You can't beat it." S