For Nesbit, YY Is the Answer 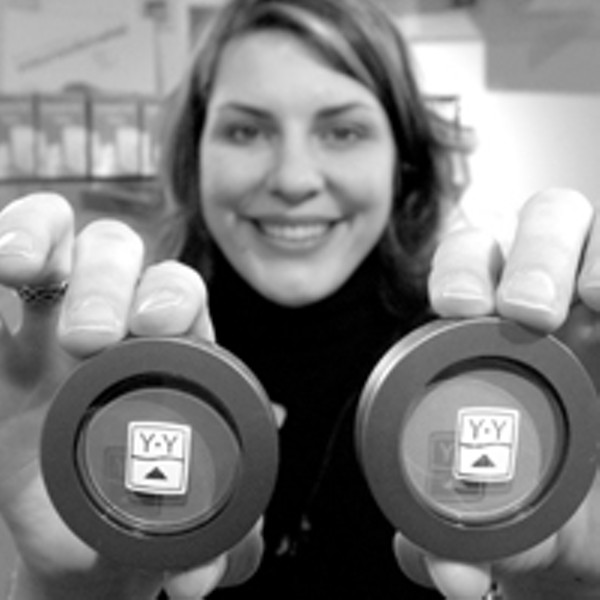 And there’s more. After nine years in Richmond, Nesbit — co-owned by Michael Wood and Nesbit Hatch — is opening a second location in Church Hill. The upscale salon is due to open this May and will be called YY — for Yin and Yang — the same name as the retail line. It will occupy an eye-catching and unmistakably modern building on North 20th Street at Marshall, the former home of architect Jeffrey Levine.

Wood says the convergence of the new salon and product line is the result of nearly three years of planning. The business model for YY is designed to reflect the salon’s philosophy that a proper balance of forces enriches beauty, both internally and externally. The five elements of fire, earth, metal, water and wood, Wood says, correspond to the salon’s five specialties: makeup, skin care, nails, spas and hair.

“This is what Richmond wants, it was our test market,” Woods says of the YY line that, although not officially unveiled, has been trickling its way into makeup bags across the city. For more than a year Nesbit surveyed its clients and employees on the kind of color, texture and function they wanted in makeup.

A spin off from MN Cosmetics Inc. — for Michael and Nesbit — the YY line has also spurred a partnership with local ad and marketing agency Work Inc., which has worked to “brand the identity” of YY, Wood says. What’s more, Nesbit’s 53 employees have had an opportunity to buy into the business — up to 48 percent — at $100 a share.

Recently a team of five from Nesbit went to New York and “pored over color palettes” in a meeting with the manufacturer, Mana, that Wood says handles “some big names out there.”

Based on preliminary sales and requests, the most popular item is the YY lip glacee called Dragon’s Fire. It costs $19. Soon it will come in a specially designed box. “Maybe someday you’ll see it at Sephora,” Wood says, adding: “and on Fifth Avenue.” — Brandon Walters